The Maritime History Podcast is a chronological look at maritime history and its numerous facets. Beginning with ancient history, the podcast looks at trade, exploration, boat and ship-building, economics, and the relationship between the ocean and the development of society and culture throughout history. Learn more about the podcast at http://maritimehistorypodcast.com.

The Greek victory at Salamis was monumental. But in the aftermath of that victory, Greece and her leaders still had many decisions to make. It is here that we begin to see a divergence between the naval-minded leaders and their vision, and the land-centered leaders with a different vision. We begin to discuss these divergent views, how they were debated in Greece, and how the leaders of each view tried to outmaneuver their opponents. Amidst the politics and debate, Greece still had to finish their war with Persia. We witness the conclusion, as battle comes to both Plataea and then to Mycale, where an unexpected final blow decimates the remainder of the Persian naval force.

We have finally arrived at the Battle of Salamis. There's a lot of buildup before the battle, and surprisingly, this phase is where a lot of the important pieces were moved into place by the wily Themistocles. We witness scenes in both the Greek and Persian camps the day and night prior to the battle, but once the fleets have moved into position, we then witness the clashing ships and the mayhem of close-quarters battle. Queen Artemisia of Halicarnassus makes several appearances throughout, and we conclude with a picture of the battle's aftermath and the resultant carnage. In this first of what will be ongoing mini-episodes, we examine the discovery and study of Ship 17 at the ancient Egyptian city of Thonis-Heracleion. After running through the history of this city and it's significance to maritime history, we then read a passage from Herodotus where he describes a baris ship that he saw during his tour of ancient Egypt. We conclude by looking at the archaeological work being done in Thonis-Heracleion by Franck Goddio and Alexandar Belov. Ship 17 in particular has been largely excavated, measured, and thoroughly studied. This rather large ancient Egyptian cargo vessel seems to almost entirely line up with the 'baris' passage from Herodotus, so Ship 17 appears to be the first baris ship to have been discovered in ancient Egypt. In Part II of our look at the naval Battle of Artemisium, we finally get into the heat of battle. The episode is bookended by some trickery and psychological warfare courtesy of the inimitable Themistocles. In the middle, though, we discuss the 3 separate days and 3 separate engagements that made up the battle as a whole. Tactics, planning, chaos: we've got it all today. We've got yet another storm that makes an appearance, and this time it takes 200 Persian ships with it, making them victims of the infamous Hollows of Euboea.

Today we open a chapter onto the naval Battle of Artemisium. We begin by considering a prophecy which illustrates the plight that Greece found herself in as the Persian army and navy entered Europe. We discuss the state of preparation in each relative camp as they made their respective preparations for the battle to come. We then discuss the regions in and around Artemisium and the island of Euboea, where the first naval battle of the war would take place. We consider the strategic advantages inherent in certain sites in the region, the theories about how large each navy would have been at this stage in history, and then we get into the opening moves of the chess game that would set up the conflict at Artemisium. A 'Hellesponter' makes an dramatic appearance, and we witness some mishaps at sea in Part One of our look at the naval Battle of Artemisium.

This member episode will stay on the main feed for 2 or 3 weeks to help fill the gap between main narrative episodes. In this one we take a look at the clipper ship era, and the first unofficial tea race between clippers from America and England, 'Memnon' and 'Chrysolite'.

In today's episode we take a look at the final moves that both Greece and Persia made on the eve of their war. Themistocles and Aristides take center stage as they maneuver through the political scene of Athens, but with the success of the Themistoclean naval policy, we discuss how the Greeks may have rapidly built up their navy. We consider the Greek congress of city-states, their relative lack of support, and the final measures they took to try and recruit allies. We also consider a canal project and pontoon bridges that Xerxes had built to aid his army and navy as they both marched and sailed west to Greece. We conclude with a rather bizarre scene where the Persians try to beat the Hellespont into subjection and, ultimately, they all make it over into Europe. The stage is set for the final Greco-Persian War.

A substantial portion of the Persian fleet was wrecked in a storm in 492 BCE, but after Darius ordered it to be rebuilt, they set sail for Greece in the summer of 490. Today's episode examines the state of the Persian navy at this point, after which we discuss the fleet's route to Eritrea and Marathon, the site of one of Greece's most famous military victories. It was a land battle though, so after a brief look at some naval elements connected to it, we paint a picture of Athens after Marathon, where political leaders like Themistocles had to fear the newly popular use of ostracism. We conclude by setting the stage for the third and final Persian invasion of Greece.

In today's episode the curtain rises on a young man named Themistocles. He's always recognized for the role that he played at Salamis and in the Greek navy's stand against Persia, but today we go back to the earliest we know about his life. We ended last episode in 493 BCE when the Ionian Revolt was effectively ended at Lade, but in that same year Themistocles was made eponymous archon of Athens. Today we look at the early stages of the naval reforms he tried to institute in Athens, with a particular focus on the Athenian port of Phaleron. It was a weak port despite being the only port Athens had used in her history, so after looking at why it was weak, we then look at the location Themistocles proposed as an alternative, the Piraeus. A story that runs through the episode and probably shaped the views of a young Themistocles is one that involves an island rival of Athens, the mercantile power of Aegina. She'd become a naval power before Athens had, so today we look at an undeclared war that simmered between them, the naval focus of their conflicts, and why Aegina actually played an interesting role in the shaping up of the greater conflict with Persia. There's also a bit in there somewhere about Persia's first attempt to invade Greece and the storm that caused one of the biggest naval disasters to that point in ancient history. A meandering but interesting episode, I hope.

Welcome to our third annual Halloween special here at the Maritime History Podcast. Rather than choose a grim, frightening, or eery tale, this year I felt that a more lighthearted fare was in order. This story was written by an Englishman named Richard Middleton. It tells of a quiet countryside village named Fairfield where the townsfolk are as comfortable with the ghosts that populate the village as they are with their neighbors. After a storm one night, a villager finds a ghostly ship at anchor in his turnip garden, and the story continues to elaborate the rather humorous consequences of having a ghost ship in temporary residence in "the ghostliest place in all England."

Backing music for this story comes courtesy of Danish pianist Peter Bille Larsen. This specific song is Piano Nocturne No. 2 (A Loving Venus Brought You Stars). 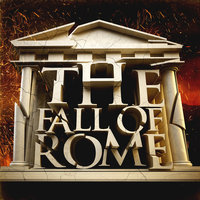 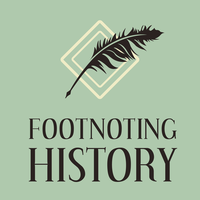