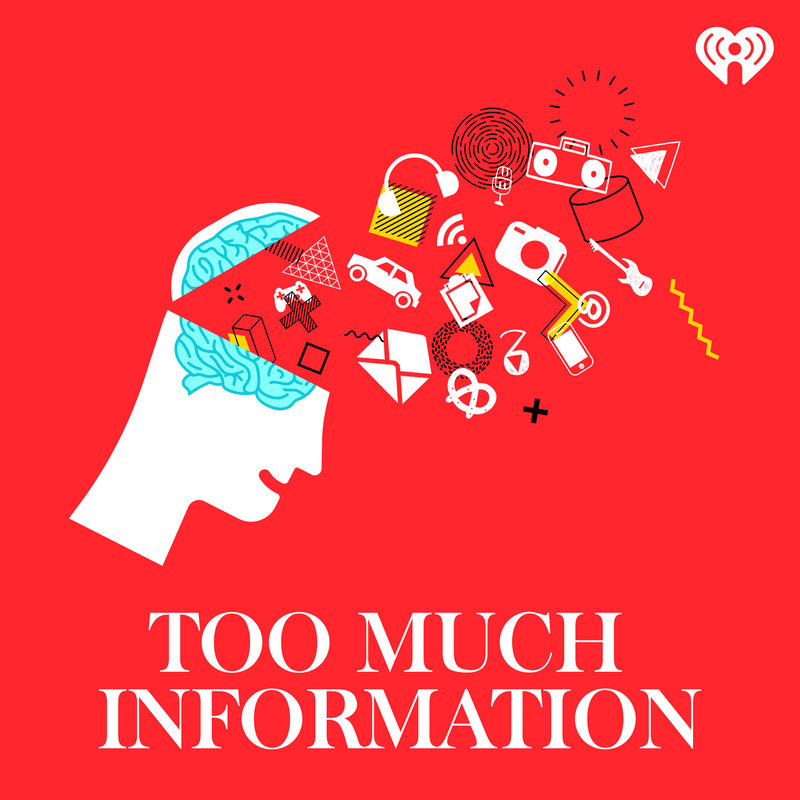 Submit Review
FavoriteShareReportAdd all episodes to Queue
Too Much Informationactive

'Too Much Information' is a new iHeartRadio podcast that gives you the secret history, behind-the-scenes details and little-known fascinating facts about your favorite movies, music, TV shows and more. The series is brought to you by two trivia titans with too much free time. Jordan Runtagh and Alex Heigl are big-time pop culture nerds and longtime listicle writers who've worked at Rolling Stone, People, Entertainment Weekly, VH1, and Page Six. Now they're let off the leash and ready to dive deep into a different beloved entertainment classic three times a week. Get ready for everything you never knew about 'Rugrats,' 'Hook,' "Dancing Queen," Sonic the Hedgehog, 'Jeopardy,' 'Top Gun,' 'Jagged Little Pill'...The list goes on, and so will these guys. But in a good way. Promise.

Cowabunga, dudes! Alex and Jordan explore the rise of everyone's favorite pizza-loving, butt-kicking reptile, tracing their development from underground comic to the TV that launched a million action figures, record-breaking film and a truly bizarre musical. They'll talk about the killer costumes for the movies that caused the actors to lose 10 pounds in sweat, how the success of the show inadvertently led to an ecological crisis in the United Kingdom. — plus the surprising influence of Jim Henson, Marvel, 'Two and a Half Men' creator Chuck Lorre, and watermelon-smashing comedian Gallagher. You'll also learn about the turtle's wet 'n' wild appearance on Barbara Walters, the origin of their famous "Cowabunga" catch-phrase, and how TMNT superfan Robin Williams helped actress Judith Hoag prepare for her role as April.

Jordan and Alex welcome their first guest to the show — Vanity Fair editor Maggie Coughlan! Together they explore the agony and the ecstasy of grown men getting hit in the crotch by bulls, launched into orbit in Porta-Potties, snorting wasabi up their nose, and locking themselves in limos with bees. They’ll also discuss the collective medical bills of the 'Jackass' cast, the numerous childhood traumas that led them to pursue this peculiar profession, plus their many run-ins with both the law and with network censors. But it’s not all gross-out gags and hospital stays! You’ll hear about Johnny Knoxville’s touching friendship with Hunter S. Thompson and Jessica Simpson, and Brad Pitt’s adorable desire to be an honorary member of the Jackass crew. (Errr, listener discretion advised...)

In this emergency episode of TMI, Jordan and Alex mourn the loss of this iconic frozen treat. In addition to providing a (brief) history of ice cream, Popsicles and the ice cream truck, they’ll explain how the Mexican food craze in the ‘80s lead to the creation of the Choco Taco, how it spread across the globe, and how it influenced ice cream products for years to come. They’ll also delve into an anonymous government employee’s crusade against the novelty dessert, why it’s being discontinued (Was it really the so-called Woke Mob?) and how Dippin’ Dots might point the way towards a Choco Taco rebirth.

Alex and Jordan set their sights on GNR’s chart-busting metal opus, which turns 35 years old this month. Get ready for tons of sex (occasionally in the studio), drugs (pretty much everywhere) and rock ’n’ roll on the gritty Sunset Strip of the ‘80s. They’ll discuss the band’s rough pre-fame days sleeping in parking lots and splitting cheeseburgers five ways, and explore the ludicrous decadence of their peak, during which they ripped the toilets out of the home of legendary director Cecil B. DeMille, smashed guitars through the window of rental vans and pushed their bodies to (and sometimes past) the brink of death. They’ll also delve into the (alleged) reason behind the classic lineup’s disintegration, the story behind Slash’s iconic top hat (and his early ties to Bowie), and why “Sweet Child of Mine” almost didn’t get recorded.

Jordan and Alex explore the beloved (yet terrifying) classic of children’s cinema. You’ll learn the many ways the kid who played Atreyu nearly died on the set, the true fate of the horse that sank in the quicksand, the insane lengths they went to build Falkor the Luck Dragon, and Steven Spielberg's secret role in helping finish the movie. They’ll also discuss how the Oracles left some viewers scandalized, why the “Childlike Empress” wore dentures, the ingenious effects that helped create The Nothing, and why the author of ‘The NeverEnding Story’ book hated the movie so much that he sued the studio.

Another show with host Jordan Runtagh, 'Song Stories' explores the creation of one new album over the course of each season. The featured artist breaks down the lyrical inspiration behind each song in a series of interviews, audio diaries and in-studio confessionals that showcase how the tracks morph from conception to completion — from the mind of the musician to the ear of their fans. Whether it's in the writer's room, inside the vocal booth, behind the mixing desk or even onstage, the series provides listeners with an intimate, fly-on-the-wall perspective of how their favorite stars make their music.

Listen here or on the iHeartRadio app.

Jordan and Alex discuss the film that USA Today described as “‘Independence Day’ for smart people.” They’ll get into the finer points of (alleged) real life aliens, as well as Will Smith’s truly horrific farts, why Tommy Lee Jones was grumpy for the whole shoot, and how the movie helped pave the way for the Marvel Cinematic Universe. Plus, they’ll touch on Vincent D’Onofrio’s insane makeup job, and the time he drank enough sugar water to seriously risk death.

Jordan and Alex dive into McLean's 1971 musical eulogy for both Buddy Holly and the '60s utopian dream. Learn about the secret choir of celebrities that sang on the chorus, the truly insane number of edits it took to stitch this 8-minute epic together, the non-Buddy Holly rock pioneer who inspired Don McLean to write it, plus the heartbreakingly tragic reason why Holly took that fatal flight in the first place. Then buckle up for their lengthy interpretation of the dense lyrical poetry — and discover how McLean's work helped launch Tupac, Gary Busey, Roberta Flack, and Greenpeace. (Though not in that order.)

Alex and Jordan discuss Lee's 1972 masterpiece. Find out why it made Chairman Mao cry, helped launch Jackie Chan's career, and influenced everyone from Quentin Tarantino to the Wu Tang Clan. They'll also delve into the mysterious death of the martial arts master, his fascinating connection to the Manson Family murders, his early years as a Hong Kong child star, and the hilarious reason he was rejected from the US Army board.

Alex and Jordan revisit the groundbreaking, nightmare-inducing cinema classic that set the bar for blending animation with live action. They'll discuss the maddening production process that broke every rule in the cartoon handbook, and the performance challenges that drove star Bob Hoskins so crazy that he took a year off acting. They'll also delve into the hidden X-rated moments, the lost scene in which Popeye belts Goofy in cemetery and explain why this movie represents Bill Murray's greatest regret. 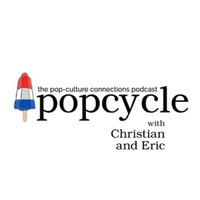 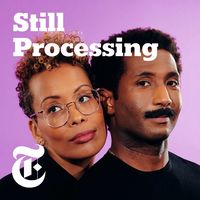 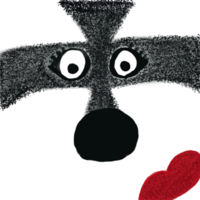 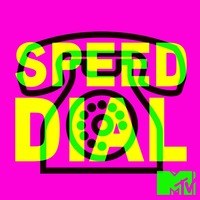 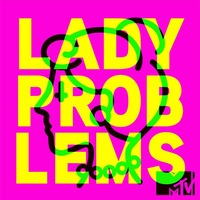 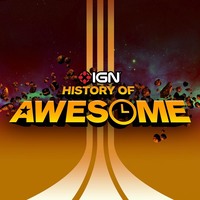