Souler Stories are an in-conversation podcast series with key members of the Souler community, with the discussion focused around the business and art of influencing.

At the inaugural Souler Symposium, and in front of a live audience at the Ranch at Rock Creek in Montana, we tackle a crucial topic: the evolution of social media, and where it's headed -- from the authenticity of influencer marketing to the future of brands. George Manley (CEO/Co-Founder for Souler) leads a discussion with the dynamic duo of Natalie Zfat (contributing writer to several major business publications, and an influencer authority in the social media marketing space -- @nataliezfat) and Jeff Bullas (named the number one business blogger in the world as well as a serial entrepreneur and an investor -- @jeffbullas). Plus, the audience members themselves from the Souler community have something to say as well. Presented by Souler.

For Actor, Model, Director, and Photographer Jonathan Morgan, the word influencer (and he has influence to the tune of for than 66,000 Instagram followers)  isn’t his identity. He prefers to think of himself as an inspirer. And Jon ’s balance of modeling and promotion has allowed him to pick the brands to work with that are authentic to who he is, and  paved the way to an organic audience that responds to his content. Jon shares his story with George Manley (CEO/Co-Founder for Souler) in the MouthMedia Network studios, covering Jon’s start in print modeling; tricky ways one has to benchmark the success of an influencer; the importance of a health relationship between influencer and brand in order for the promotion to be effective; standing up for your personal brand and content, and knowing when to say no to a deal; and, what it means to be a career model versus being an influencer, and the grind it takes to be a professional model in 2019. Presented by Souler.

A lifelong dream to become a hairstylist leads to a decision to go to culinary school. Then, fashion school. Then lifestyle blogging. And ultimately, influencing. For Batsheva Weinstein, the journey may have been necessary to get to the destination. Batsheva shares her story with George Manley (CEO/Co-Founder for Souler) in the MouthMedia Network studios, covering why research is such an important factor if you want to take your blogging seriously; the importance of keeping content fresh and to keep your audience engaged; working with brands on your own terms, so that the engagement between your audience and sponsored content doesn’t feel contrived; why it takes a roughly five year grind to build your brand as a influencer into a career you can live off of; and how Batsheva’s religion and cultural background affects how she approaches her blog and personal branding. Presented by Souler.

For Aissata Diallo, modeling was never a part of the plan. It was medical school, for this Guinea-born American immigrant. Yet when she was discovered through Instagram and went viral in a short period of time, everything changed. Ultimately, modeling would be what leads her to help her country’s troubled healthcare system. Aissata shares her story with George Manley (CEO/Co-Founder for Souler) in the MouthMedia Network studios, covering her  challenges navigating how to approach brands; the common misconceptions and prejudices laid against the Muslim community; why consistency and regular activity are key to building a following and a brand; and, the importance of keeping a finger on the pulse of what’s getting a reaction. Presented by Souler.

Spiderman. A bit of misfortune (being bitten by a spider) gave him a future he couldn’t have possibly imagined, casting a web of influence over many. Much like Spiderman, Trevor Bell -- who works in fashion, fitness, nutrition, and motivation --  has quickly grown a role as an effective and active influencer with more than 170,000 Instagram followers. Trevor shares his story with George Manley (CEO/Co-Founder for Souler) and guest host Christopher Holland in the MouthMedia Network studios, covering how not making it into the NFL may have actually been a good fortune; the moment Trevor turned his life’s passion for athletics and fitness into a revenue stream; reverse-engineering the success of other fitness influencers; how he differentiates his content from the pack through a Spider-Man suit; and, an eye on the emerging social media platforms, such as TikTok. Presented by Souler.

Marsha Thompson (@divariashow) is a person of influence. She speaks several languages, travels the world, and champions the movement of a vital art from into the modern cultural landscape. She’s also a formidable opera singer who left college where she had a full scholarship, with just 6 credits to go, to audition for a show. The rest is history.

Marsha shares her story with George Manley (CEO/Co-Founder for Souler) and guest host Christopher Holland in the MouthMedia Network studios. She discusses how the landscape of operas are changing to reflect the times; how her bother Christopher Holland helped her utilize social media to connect with her audience and share her gift with the world; how physical techniques separate opera from other forms of singing; and, Marsha offers an exclusive in-studio performance of her remarkable soprano talent. Presented by Souler.

At age nine, violinist Tai Murray  made her concert debut with the Chicago Symphony Orchestra. Social Media Platforms didn’t even yet exist. Before she reached 30, she had been a BBC New Generation Artist for three years. Now,  Tai is a busy working concert violinist of the highest caliber, as well as an influencer.  In fact, being an active listener and musician enhances her relationship with her followers .

Tai shares her story with George Manley (Chief Revenue Officer for Souler) in the MouthMedia Network studios. Presented by Souler.

She’s been dubbed The Body, and is known for pushing curvy women into mainstream culture and as a winner of Project Runway. But Liris Crosse, model/actress & pioneer in the fashion industry for full-figured women & Black women, and he daughter of preachers who may have unwittingly set her on her unique path, is focused on showing how using the skills she’s honed as a runway model can help others transform in all aspects of their lives. Liris shares her story with George Manley (Chief Revenue Officer for Souler) in the MouthMedia Network studios. Presented by Souler.

Helping to define and navigate the digital space as a creative force for brands and influencers, while becoming a recognized and sought-after business innovator and global digital architect  —  and balancing that with motherhood…

If you know anything about Broderick Hunter, you’d think “supermodel who’s expanding into acting”. And with more than a quarter million Instagram followers, you would think influencer as well.

You might not guess he grew up riding bulls and had a pet pig.

Or that he studied to be an EMT, and had a promising athletic career ahead of him, only to be cut short by an injury just when things were finally getting good.

Most of all, you may not know how deep, thoughtful, and driven a human being Broderick is.

Broderick (@broderickhunter) shares his story with George Manley (SVP of Sales and Marketing for Souler), along with special guest host Christopher Holland, an intimate conversation recorded a few miles outside Austin Texas during SXSW. We sat near a lake “campfire style.” If you listen closely, you may hear the coyotes howling in the background. Presented by Souler.

The post Broderick Hunter – The One-Shot Journey of a Supermodel: Deep, Thoughtful, and Driven appeared first on Souler Stories. 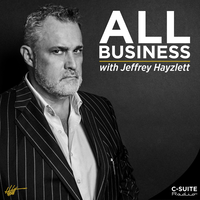 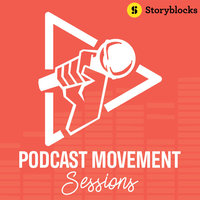 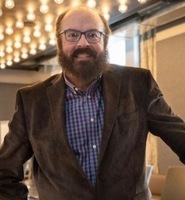 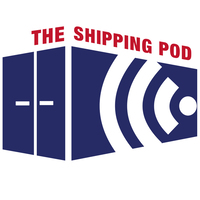 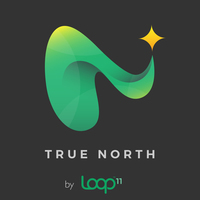