Race is a topic many of us struggle to talk about at work, yet it shapes so many of our career experiences and outcomes. But host Porter Braswell (Jopwell) is on a mission to create a safe space to share those stories – and learn from them. Hear leaders from business and government trace their personal journeys with race, equity, and inclusion. And learn from their mistakes and their triumphs.

The views expressed on this podcast are those of its hosts, guests, and callers, and not those of Harvard Business Review.

This is the second part of a two-part series exploring critical race theory (CRT) and its influence on diversity and inclusion efforts in workplaces and classrooms.

Laura E. Gómez, a law professor at UCLA, teaches in the school’s Critical Race Studies Program, which uses CRT to explore how legal and other systems intersect with race in the U.S. In the final episode of Season 2, she tells host Porter Braswell that racism isn’t about individual prejudice, but rather about the messages our larger society gives us about our identities.

This is part one of a two-part series exploring critical race theory (CRT) and its influence on diversity and inclusion efforts in workplaces and classrooms.

Julia Carrie Wong is a senior reporter for The Guardian, and she’s been covering the ongoing debate around CRT in schools and federal employee trainings. CRT is an academic discipline that teaches that racism is deeply embedded into U.S. legal and political systems.

Wong talks with host Porter Braswell about what CRT is, efforts to ban CRT from classrooms, and why some institutions are resistant to making CRT a standard educational tool.

Don and Liz Thompson are leaders in their respective industries. Don had a long career rising through the ranks of McDonald’s, eventually becoming the company’s first Black CEO. Meanwhile his wife Liz Thompson was a rising executive in education and nonprofits – like City Year Chicago, where she was the founding executive director.

Throughout their careers, the Thompsons kept their community in mind. In 2014, they started the Cleveland Avenue Foundation for Education (The CAFE), an organization focused on college access and career attainment for the Black community.

They talk to host Porter Braswell about being intentional with their work, in order to build economic equity in the Black community whenever they had the opportunity. They also discuss breaking racial barriers while climbing to the top of corporate America.

Imagine a world in which Black business owners achieved economic parity, receiving the same funding as other founders. That, alone, would create 615,000 new Black-led workplaces, according to a new report from the McKinsey Institute for Black Economic Mobility.

That report examines the racial gaps that exist across the U.S. economy. Shelley Stewart III leads McKinsey’s research on Black economic mobility in the United States and is also a partner with McKinsey’s Private Equity & Principal Investors Practice. Stewart speaks with host Porter Braswell about some of the barriers Black Americans face in the U.S. economy, as workers, business owners, and consumers. They also explore how addressing representational imbalances could create greater economic equity.

Anne Chow is the first woman of color to be the CEO in AT&T’s history. She’s been with the company for over 30 years and throughout her career, she’s made it a point to have difficult conversations about race, equity, and inclusion at work.

She tells host Porter Braswell that unconscious bias is at the root of a lot of these race-related issues. They also discuss how she’s working to create a safe workplace for employees of color through leading internal dialogues and holding leaders accountable.

Stephen Satterfield is a food writer and the founder of Whetstone Magazine, the only Black-owned, print-based food publication in the U.S. He’s also the host of the hit new Netflix show, “High on the Hog: How African American Cuisine Transformed America.”

Satterfield talks about the power of sharing Black narratives and the importance of understanding the origins of food and culture. He also tells host Porter Braswell why it was important to have an all-Black production crew, so that these stories could be told with the care and attention they deserve.

How should organizations support employees who experience racist incidents in their personal lives and how can those kinds of experiences affect their work?

In December 2020, jazz trumpeter Keyon Harrold and his teenage son, who are Black, were attacked by a white woman who falsely accused Harrold’s son of stealing her smartphone. Captured on video, the incident made worldwide headlines as an example of racial profiling.

Harrold tells host Porter Braswell about the response he received from the music industry and how that incident has changed his career.

In every workplace there are leaders who can hold management accountable and speak to injustices happening inside – and outside – of their workplace. Even in industries dominated by people of color, like the NBA, there can still be issues of representation in management.

CJ McCollum plays for the Portland Trail Blazers and serves as the vice president of the National Basketball Players Association, which is the NBA’s player union. He talks to host Porter Braswell about how management can be supportive of race-related issues happening inside and outside of the workplace, as well as how he holds his team’s and the NBA’s leadership accountable on and off the court.

The advertising industry has come a long way from its former “Mad Men” era. But like many others, the industry is still coming to terms with its historic lack of diversity – especially among executives.

Carla Hendra, Ogilvy’s global CEO of growth and innovation, talks to host Porter Braswell about her experiences with power and privilege during her decades-long career in the advertising industry – and how those dynamics affect representation within the industry.

George Floyd’s killing by a Minneapolis police officer sparked racial reckonings in many industries and workplaces.

Napheesa Collier, forward for the Minnesota Lynx, has been outspoken about police brutality and racism throughout her basketball career. She joins host Porter Braswell to discuss how her team and the WNBA have been using their platforms to fight for social justice. 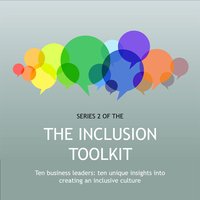 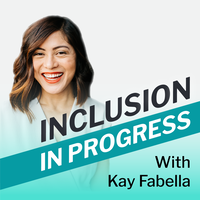 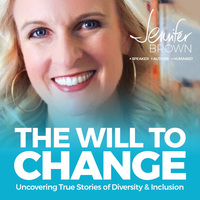 The Will To Change: Uncovering True Stories of Diversity & Inclusion
Jennifer Brown 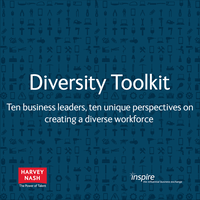 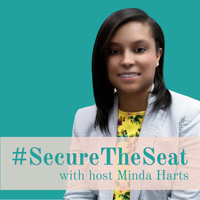