| YOUR TICKET TO EVERYWHERE |

Passport is a show about the world. And all the stunning, strange and breathtaking stories waiting to be discovered… if you just listen.

The world has never been more connected. But in reality, there’s still so much we don’t understand about each other. Join hosts Neil Innes and Andrés Bartos as they take you to places you didn’t realize existed, introduce you to people who you would never have otherwise met, and experience the rush of traveling the world, without ever leaving your home.

For more, check out frequencymachine.com/passport.

And if you like what you hear, considering buying us a cup of coffee https://supporter.acast.com/passport

Passport is a show about the world. And all the stunning, strange and breathtaking stories waiting to be discovered… if you just listen. The world has never been more connected. But in reality, there’s still so much we don’t understand about each other. Join hosts Neil Innes and Andrés Bartos as they take you to places you didn’t realize existed, introduce you to people who you would never have otherwise met, and experience the rush of traveling the world, without ever leaving your home. For more, check out frequencymachine.com/passport.

No matter what we do, we simply can’t fit all the great stuff we find into the show. But we don’t want anyone to miss out! So we pulled together some of the greatest material that never made it into our episodes. The “best of” deleted scenes.

First, Duke Haney takes us back to the Manson murders in LA to deliver a couple of theories about what Charles Manson did after the Sharon Tate and Cielo Drive murders, including leaving a very important pair of eyeglasses.

Then, Maria Kreutzmann gives us her top 5 monsters of Greenland. All of them, truly terrifying and awe inspiring.

And finally, we’re going back to Seoul to learn more about Kpop and get some insight from the inside with Koki, the star of EXP Edition.

Plus every great love story starts with a “meet-cute.” Neil and Andrés share theirs.

For more, including links to the things we talked about, and the places we visited, plus a full transcript, visit: https://frequencymachine.com/pas﻿sport

The world’s biggest island, Greenland, is a harsh and unforgiving place. Think minus fifty temperatures, three-month long nights and deadly storms. To have any semblance of control over this chaotic world, the native Inuits developed a belief system of spirits, monsters and taboos; ways to make sense of the senseless violence inflicted upon them by mother nature.

In modern Greenland these same spirits live on today, having survived colonisation, christianity and modernisation. But how? And perhaps more importantly, why?

In this episode of Passport, we journey through Greenland’s past and present with a monster hunter whose weapon is her paintbrush and a historian descended from some of the earliest Greenlanders - all to confront the ghosts, spirits and monsters that shape modern Greenland as it is today.

For more, including links to the things we talked about, and the places we visited, plus a full transcript, visit: https://www.frequencymachine.com/pa﻿ssport

Palermo has the distinction of being the most conquered city in Europe. It’s been invaded, beaten up, and bashed about for two millennia. But all this foreign influence gave Sicily one great gift: truly spectacular food. Pastas, cannolis, pizza, biscotti, rice and fish and meat dishes, all layered with flavors brought from around the world. But Sicily’s modern enemy hasn’t inspired culinary greatness - maybe because this threat is entirely home-grown: La Cosa Nostra. The Sicilian Mafia.

Outside Italy, the Mafia conjures images of Scorsese and Coppola films - of criminals that operate under a strict code of honor. Wise guys who love their mothers. There’s an allure, a sort of glamour. The truth for those who have lived under the thumb of the Mafia is much darker and bloodier.

But now, on this island that is a melting pot of cultures and flavors, a grassroots movement is rising.

This week on Passport, we head to Palermo to meet a group of brave foodies, chefs, and activists who have decided to stand up and fight back. And to take on La Cosa Nostra the community is utilizing something the Sicilians pride above everything else. Some of the most amazing food anywhere on earth.

For more, including links to the things we talked about, and the places we visited, plus a full transcript, visit: https://wwwfrequencymachine.com/passport

The Icelandic people are a rare breed. Literally. There are only 360,000 of them, but Passport is lucky to call Björg Valgeirsdóttir a friend of the show. It’s a good thing too, because Neil and Andrés have a lot of questions about the top hits, myths, and truths of one of the most unique places in the world.

Polar Bears, volcanoes, igloos? What does the world get wrong about Iceland and more importantly what does it get right? On this MisInfoNation, Björg talks us through being mistaken for Björk, putting babies outside to sleep, eating puffin, and the strangest Christmas celebration you’ve never heard of...

For more, including links to the things we talked about, and the places we visited, plus a full transcript, visit: https://www.frequencymachine.com/passport

The history of Finland is one filled with war and conflict. And yet, the Finnish people consistently rank as some of the happiest on earth. In this episode of Passport, we head to the capital to dig into the psyche of the happiest nation on earth. And to dig into something else too. Underneath Helsinki is the infrastructure for an entire city - below the surface. Parking, churches, swimming pools, soccer fields, go-kart tracks - all the comforts of above-ground living. It’s the most luxurious doomsday bunker you’ve ever seen. But why?

Has their tumultuous history - and their proximity to Russia - driven the innovations going on under the city of Helsinki? Turns out, there’s a lot more to the story than “prepping”.

For more, including links to the things we talked about, and the places we visited, plus a full transcript, visit: https://www.frequencymachine.com/passport

| MisInfoNation: What the world gets wrong, and right, about Scotland |

There are things we think we know about countries. But viral videos, tiktok and 24 hour news has made everything we understand about other places somewhat misinformed, twisted or just downright incorrect.

Today on Passport we take this misinformation and turn it on its head, upside down, the wrong way round and inside out. That’s why we're calling it MisInfoNation. Think of this as a cultural mythbusters.

So we’re heading to Scotland to find out the truth about Haggis, the story behind Irn-Bru, if there’s anything the Scots won’t deep fry, how they feel about Donald Trump’s heritage, and what’s really going on under a kilt. Also, we’ll discover the absolute best view in all of Scotland.

We laugh a lot during this episode, fittingly, because the Scots take great pride in their sense of humor. Which explains their choice of national animal. Be sure to listen for that.

For more, including links to the things we talked about, the places we visited, plus a full transcript, visit: https://www.frequencymachine.com/passport

Unless you've been living under a rock you've probably heard about K-pop by now. South Korea's homegrown popular music is huge. Like, really huge - BTS, the world’s most popular K-pop band, are basically the new Beatles. And it’s not just Korean music that’s blowing up - this year a Korean movie won the most exclusive award in film - Best Picture at the Oscars. All this popular pop culture is drawing fans and curious onlookers to Seoul - South Korea's hi-tech capital and Korean culture’s epicenter.

How did we get here? How did a little Asian country on a divided peninsula, which has been pummeled by centuries of war and dictatorship, manage to cultivate the world's most exciting new music trend? And can the country's pop music tell us anything about the soul of its biggest city? This week we’re jetting off to Seoul to find out.

For more, including links to the things we talked about, the places we visited, plus a full transcript, visit: https://www.frequencymachine.com/passport

With the whole world on lockdown and the entire team working hard to launch a new show - this show - we all began to look for stories which made us happy, during a scary time. Stories that helped us feel connected, while we were isolated under quarantine. What resulted was an episode filled with stories from around the world about the one thing that connects us all - love.

This may not be what you’re expecting from a travel show, but every single story, no matter where it comes from, feels universal. In this special episode of Passport we explore what makes us all more similar than we are different.

For more, including links to the things we talked about, and the places we visited, visit: www.frequencymachine.com/passport

We love making Passport and hope you love listening. If you do, consider supporting the show for the price of a cup of coffee: https://supporter.acast.com/passport

Nestled between snow-capped mountains there is an American wild west town called Jackson Hole, where the 1% ski in the winter and talk tech in the summer. Gorgeous wooden architecture, decor studded with antlers and leather accents, live “cowboy” shows, even a potato club. But the Jackson Hole we’re talking about isn’t the American wild west... it’s actually in China. Just two hours north of Beijing. What Neil and Andres want to know is WHY???

We’re going to journey to Jackson Hole, China and find out what it is about the wild west that the Chinese elite can’t get enough of, and why that led them to build this facsimile of an American town. We’ll talk to the Chinese real estate mogul and the American designer who built it. Plus, what’s the Chinese obsession with copying everything American anyway? And how did they end up with something called “Tuna Jello”.

For more, including links to the things we talked about, and the places we visit: https://www.frequencymachine.com/passport-episode-3-jackson-hole-born-in-the-prc.

This week Passport takes on a theory of the Charles Manson murders in Los Angeles with some help from a few amazing people, including Hollywood legend Guinevere Turner. How did Charlie forever change the music in the City of Angels? We discovered something that isn’t often discussed about why he was in LA in the first place: Charles Manson wanted to be a rock star. The roller coaster journey leads us to a pivotal question - is it possible a record deal could have diffused the bomb that ended a decade of free love?

For more, including links to the things we talked about, and the places we visited, visit: https://frequencymachine.com/passport-episode-2-losangeles-charles-mansons-dream 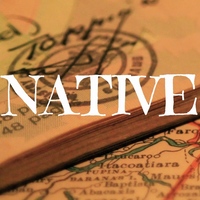 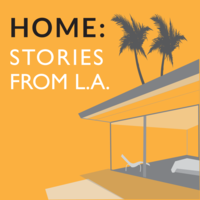 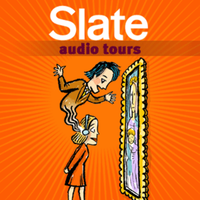 My Welcome Table by Jessica B. Harris
Heritage Radio Network 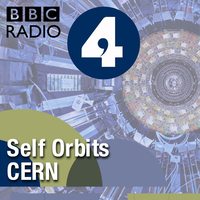