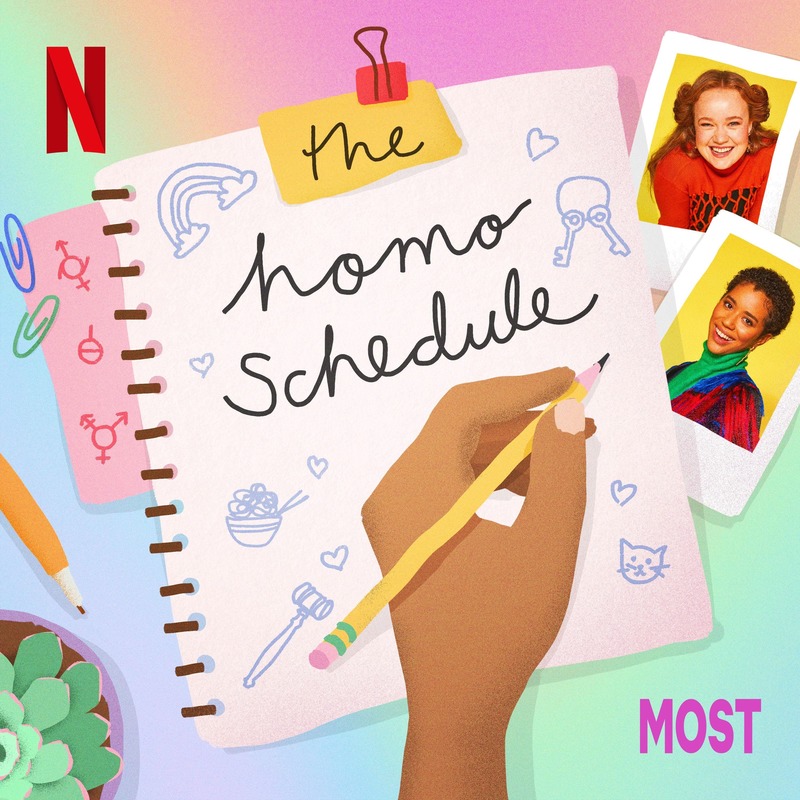 Submit Review
FavoriteShareReportAdd all episodes to Queue
Most Presents: The Homo Scheduleinactive

What’s on the Homo Schedule this week? Join hosts Jasmin Savoy Brown and Liv Hewson as they check in with incredible creative queer folks and explore the wonderful, funny, and sometimes ridiculous parts of the LGBTQ+ experience – and add new items to the Schedule each episode. From Most, Netflix’s home for LGBTQ+ storytelling.

We're excited to introduce you to Gender Reveal, an award-winning podcast made by and about trans people. Host Tuck Woodstock interviews LGBTQ+ artists, activists, and educators; answers listener questions; breaks down this week's gender news; and gets a little bit closer to understanding what the heck gender is.

In this episode, Tuck speaks with theorist, author, and abolitionist Da’Shaun Harrison (they/them). Topics include:

Find Da’Shaun and Belly of the Beast: The Politics of Anti-Fatness as Anti-Blackness at linktr.ee/DaShaunLH.

Find episode transcripts and starter packs for new listeners at genderpodcast.com. We’re also on Twitter and Instagram @gendereveal. Join our Patreon (patreon.com/gender) to receive our weekly newsletter, plus stickers and other rewards.

We'd like to introduce you to one of our favorite podcasts, QUEERY. Host and standup comic, Cameron Esposito, sits down with  some of the brightest luminaries in the LGBTQ+ family. This episode is a compilation of some of the best Queery conversations from 2021, featuring clips from Episode #177 with Hayley Kiyoko, Episode #184 with Brandi Carlile, and Episode #187 with Alaska Thunderfuck.

How do you hide the vegetables of meaningful messages in the brownie of comedy? What is it like having your mom as a constant guest on your podcast? And do you feel successful even as a constantly touring stand-up comedian? All that and more as Liv and Jasmin talk to Fortune Feimster!

Stand-up comedian, writer, and actor Fortune Feimster is one of the busiest women working today. She first became known as a writer and panelist on E's hit show Chelsea Lately, and then starred as a series regular on The Mindy Project for Hulu and Champions for NBC. You might know them now from touring the world doing standup, her most recent one-hour special on Netflix called "Sweet & Salty,” or her weekly podcast, Sincerely Fortune.

How did the homo schedule turn you into the creative person you are today? Chairpeople of the Meeting Jasmin Savoy Brown and Liv Hewson interview incredible creative queer folk, explore the funny and ridiculous parts of the LGBTQ+ experience, and add new items to the schedule. Produced by Multitude for the Most, the queer vertical at Netflix.

What's it like being cast in a show that influenced your identity as a kid? How do you make space for yourself while growing up as one of the only queer and asian kids in your town? And where are all the queer Disney royals? All that and more as Liv and Jasmin talk to Leo Sheng!

- During the 1970s, Social Workers Began Placing LGBTQ Youth with Queer Foster Families by Matt Katz for WNYC’s The Takeaway

- And here is Leo’s Twitter thread about queer & trans BIPOC!

Leo Sheng is a Chinese-American actor and activist known for playing Micah Lee on The L Word: Generation Q. He came out as trans when he was 12 and started his social transition in middle school, and later on, he publicly documented his transition online. His activism has centered the narratives of trans people, particularly trans people of color; authentic representation in the media; and deconstructing gendered systems.

What is that connects the sensual and the monstrous? Is there a right way to be creative? And how does a hypochondriac make it through a pandemic? All that and more as Liv and Jasmin talk to Carmen Maria Machado!

- of-mentorship-conversations-with-lgbtq-elders.html">Generations of Mentorship: Conversations With L.G.B.T.Q. Elders by Jamal Jordan for The New York Times

Carmen Maria Machado is the author of the bestselling memoir In the Dream House and the award-winning short story collection Her Body and Other Parties. She has been a finalist for the National Book Award and the winner of many awards, including the Lambda Literary Award for Lesbian Fiction, the Lambda Literary Award for LGBTQ Nonfiction, and the Shirley Jackson Award. In 2018, the New York Times listed Her Body and Other Parties as a member of "The New Vanguard," one of "15 remarkable books by women that are shaping the way we read and write fiction in the 21st century."

How important is male friendship, even if it’s not something talked about for gay men? What are you supposed to do with your friend who is clearly in the wrong? And can Caleb address the incredibly controversial things he’s tweeted? All that and more as Jasmin and Liv talk to Caleb Hearon!

- Britney Spears has been freed from her conservatorship!

Caleb Hearon is a comedian, writer, and actor currently writing for Netflix’s upcoming animated series “Human Resources,” a spinoff of “Big Mouth.” He lived and performed in Chicago for a few years, where his viral character videos attracted attention on Twitter. Caleb lives in Los Angeles now and was recently named one of Variety's 10 Comics to Watch.

How does it feel to represent a new character in the DC Comics canon? How can a small mistake impact the rest of your life? How important is it to have a physical and spiritual routine? All that and more as Jasmin and Liv talk to Javicia Leslie!

- Queer Astrology: Why LGBTQ People Seek Answers in the Stars by Nadine Santoro for Logo’s NewNowNext

- BlackPlanet’s Founder Talks Myspace, Why He was Skeptical of Twitter, And If Facebook May Have Peaked by Jenisha Watts for Complex

Actress and director Javicia Leslie made history as the world’s first Black actress to play DC’s iconic ‘Batwoman’ by introducing new character ‘Ryan Wilder’ into the DC fandom. The openly bisexual actress has been recognized by The Hollywood Reporter, as their “Next Big Thing” and Los Angeles Magazine, as one of “Hollywood’s New A-List” stars. When Javicia isn't working, she splits her time between Los Angeles and New York. An ardent vegan, she also enjoys cooking new vegan recipes and spending time with her rescue dog Judah.

On the schedule for this week: Why do so many queer folk love playing Dungeons & Dragons? How do you navigate the burden of educating others on changing norms? And what exactly does it mean to identify as “masculine fertile”? All that and more as Jasmin and Liv talk to Ally Beardsley!

- The Philosophy of Ikigai: 3 Examples About Finding Purpose by Jeffrey Gaines for Positive Psychology

Ally Beardsley is a trans person from Temecula, CA who spent two decades begging God to be straight while surrounded by dirt biking Christian hotties. They’re best known as a long time CollegeHumor cast member and writer and player on Dimension20, the D&D anthology series on Dropout for CollegeHumor.

This week's schedule: the incomparable Natalie Morales talks with Jasmin and Liv about her directorial debut X 2; what it's like to play an asexual axolotl; and the surprisingly public way she decided to come out to her mom.

Natalie Morales is an actor, director, writer, and activist. She made her simultaneous directorial debut with the films Plan B, which premiered on Hulu May 28th 2021, and Language Lessons with Mark Duplass which won the audience award at SXSW and will be hitting theaters everywhere in fall 2021. She’s also an incredibly prolific actor, appearing NBC’s Abby’s as the titular character, and Yolanda Buenaventura on BoJack Horseman on Netflix, and a whole lot more.

Welcome to the Homo Schedule! On today's schedule, Jasmin (she/her) and Liv (they/them) sit down with the incredibly talented actor, Bex Taylor-Klaus (they/them). They discuss queer Shakespeare, growing up gay and Jewish in the South, and the importance of finding your own community.

- fds-voiceit-ocasio-20190625-pvy6u7w4l5bufgbyk4xkoevnry-story.html">Black, Puerto Rican, out and proud: Aleshia Ocasio blazes a new trail in the world of softball by Juan Pimiento at Chicago Tribune

- Check out River Butcher explaining their name change on Twitter

Bex Taylor is a fourth-generation Atlantan who moved to LA to start their professional acting career while still in high school. Whether performing in drama, comedy, or horror, Bex loves breathing life into complex characters. They invite viewers to explore the nuances of life's emotions, whether getting in touch with their playful sides or exorcising their demons. Off the screen, they enjoy Krav Maga, hiking, and hanging out with their family - by choice and by blood. 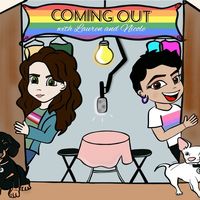 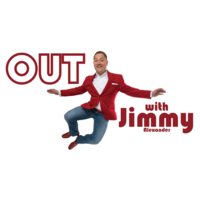 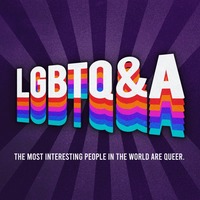 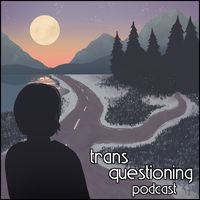