Indivisible is public radio’s national conversation about America in a time of change.
Indivisible is public radio’s national show about America in a time of change. For the first 100 days of the new presidential administration, hosts including Charlie Sykes, Brian Lehrer, Kerri Miller and Kai Wright were live on public radio stations around the country taking calls from listeners everywhere. This podcast is an unedited hour of live talk radio. This program is produced in partnership with WNYC Studios, Minnesota Public Radio News and The Economist.
WNYC Studios is a listener-supported producer of other leading podcasts including Radiolab, On the Media, Nancy, Death, Sex & Money, Snap Judgment, Here’s the Thing with Alec Baldwin and many others.
© WNYC Studios

Even though the Indivisible has ended, we want to let you in on the sequel to another podcast, hosted by Kai Wright, that continues to build on our national conversation about America in a time of change.

The United States of Anxiety: Culture Wars introduces you to people who have been battling to shape America’s political culture for decades. We profile culture warriors, past and present, who have influenced debates over race, religion, science, sexuality, gender and more. We connect those debates to real people, with real stakes in the outcome. We’re filling in the blanks – aiming to answer questions you didn’t even know you had – and we’re asking, what are you willing to fight for?

Subscribe to the podcast on iTunes, or wherever you get your podcasts.

On this -- the final episode of Indivisible -- we're focusing on what we've learned over 100 days of talking with Americans in this time of change.

After nearly 100 dizzying news cycles, dozens of expert guests, hundreds of insightful calls from listeners around the country, we've only just started the conversation. From our perspective on the show, the best moments were not about politics. They were about hearing how people's life experience and the connection to the places we live. We heard honest -- sometimes surprising -- connections between work, faith, family, and politics. All of it gave us an appreciation for the parts of the American identity shared across politics... as well as the real differences that have left us so polarized.

On this episode of Indivisible, we'll hear some of the most memorable moments from the show, and ask what you have learned about American identity -- from us and from others -- in this first 100 days of the Trump administration. And we do it with a guest who helped us kick off the show in week 1: Jose Santos, an anthropologist at Metro State University in St. Paul, Minn.

Indivisible Week 14: Thanks For The Memories

For his last night on Indivisible, conservative host Charlie Sykes gets a visit from some of his earliest guests to look back on what’s happened since they last spoke. Stephen Hayes, Editor in Chief of The Weekly Standard, joined us on week 2, soon after the travel ban was instated, when we asked listeners on both sides of the aisle whether or not they felt like they were losing their country.

Also, Karen Tumulty, national political correspondent for The Washington Post and week 4 guest, will join to speak about her paper’s role in exposing the Michael Flynn story that led to his resignation, as well as the challenges of covering the Trump administration as a member of the media.

On our first week of Indivisible, CNN host Fareed Zakaria helped establish a set of democratic norms against which the Trump Administration’s actions could be measured.

"Many of the things that make democracy what it is are not written in stone,” he told Brian Lehrer, explaining that what worried him most about a Trump presidency was a breach of what he called “informal norms.” Mocking the press, for example, “is not unconstitutional, but it violates a norm. It’s an attempt to intimidate,” Zakaria said.

On this episode of Indivisible, Zakaria returns to answer and evaluate whether other norms, informal or not, have in fact shifted during Donald Trump’s first days in office.

Plus Indivisible and StoryCorps have been asking you keep the conversation going by volunteering to talk to someone in your own life with whom you disagree with politically. Dave Isay, the founder of StoryCorps, is joined by a husband and wife whose opposing political opinions are causing marital stress. One is a political scientist and the other a rocket scientist. Can you guess who voted for Trump?

Want to take part in our social experiment with StoryCorps? Here's how: email listen@StoryCorps.org with the subject line "Indivisible Interview." Tell us who you want to talk to, why, and what you want to ask them.

Indivisible Week 14: How Has Trump Challenged Our Democratic Norms?

Listeners are the guests on this episode of Indivisible. The whole hour will be open for callers to tell the hosts, Kai Wright, Anne McElvoy, and John Prideaux, how they’re feeling almost 100 days into Trump’s presidency.

Whatever you may have thought on Inauguration Day -- have you changed your mind about President Trump in these past 14 weeks?

Military families, do you feel you’re in good hands with this commander in chief?

Democrats, Republicans and anyone else, let us know what issues you wish would be prioritized that so far have not been.

Has @POTUS met your expectations so far in office? Call us and answer our poll below. 844-745-TALK #IndivisibleRadio

Here are some Tweets from this show:

When GM idled its plant in Janesville, Wisconsin in 2008, the town became emblematic of a crisis facing many communities in middle America. When traditional manufacturing leaves – for whatever reason – economies are turned upside down, the collective identity changes, and very often depression sets in. While it may seem outdated to some that a community will identify with a corporation, that’s just what happened for decades. Losing the plant left many in Janesville searching for a future.

This week, President Trump signed an executive order to bring jobs back to towns like Janesville, but the question is -- is it too little too late?

On this episode of Indivisible, host Kerri Miller talks with Amy Goldstein, author of “janesville-amy-goldstein.html?_r=0">Janesville, An American Story,” and Linda Tirado, author of “Hand to Mouth: Living in Bootstrap America,” about the realities of the company town and what the future holds.

Indivisible Week 13: How Do We Get America Back To Work?

Last month, President Donald Trump established a federal commission tasked with combating the use of drugs in America. Opioid deaths have tripled since 2000 and many communities are trying to figure out what to do.

Trump often spoke about the opioid crisis on the campaign trail, and perhaps that’s why people living in towns greatly impacted by addiction turned out for him in the presidential election.

On this episode of Indivisible, host Charlie Sykes invites listeners to call in who are affected by the crisis and how it may or may not have influenced their vote. We’ll also discuss Jeff Sessions’ recent statements on drugs in America, and whether or not the Justice Department is setting a course that will lead to success in the war on drugs.

Charlie will be joined by Christopher Caldwell, senior editor at The Weekly Standard, who’s called the opioid crisis the real “American Carnage.”

Indivisible Week 13: How The War On Drugs Affects Politics

The White House Press Room has had a storied history since it was created under President Nixon. Today, it's no longer just a source of news updates for journalists -- it's also good at generating its own headlines.

President Trump's press secretary Sean Spicer has caught a lot of flack in his new post. last week he got in trouble for saying Adolf Hitler didn't use chemical weapons during the Holocaust. And there are his frequent attacks on the media. And Dippin' Dots.

On this episode of Indivisible, April Ryan, a White House correspondent for 20 years for the American Urban Radio Network, speaks with WNYC’s Brian Lehrer about life in the briefing room.

Plus -- is Donald Trump no-longer-thinks-trump-keeps-promises.aspx">keeping his campaign promises? Do his recent changes on Syria, China and the U.S. economy indicate he’s not the "America First" president he said he would be? Brian asks award-winning documentary filmmaker Michael Moore and talks your calls.

Do you think @POTUS is keeping his campaign promises? Call us 844-745-TALK and answer our poll #IndivisibleRadio

On this episode of Indivisible, we’re talking about feminism in the age of Trump. Are we all seeing politics and life through the lens of gender more than before the election?

Collier Meyerson from The Nation and Soraya Chemaly from the Women’s Media Center join hosts Kai Wright and Anne McElvoy to talk about the status of women according to the new administration and what that reflects about our culture.

We’ll also discuss global feminism and what signals Trump’s election sends to women around the world.

Has the way you think about gender and politics changed under Trump? Call us 844-745-TALK and answer our poll #IndivisibleRadio

Indivisible Week 13: Feminism In The Age Of Trump

For decades, a majority of Americans were considered middle income. But in the last few years, the incredibly rich and the extremely poor became the majority -- surpassing their middle-class peers.

Economists broadly define the middle class as an income between $42,000 to $125,000 for a family of 3. But the financial pressures on families in this range are mounting – from day care to health care to higher education.

Is America's middle class still thriving? Call us with your story 844-745-TALK & respond to our poll #IndivisibleRadio

On this episode of Indivisible, MPR News host Kerri Miller asks how a shrinking middle class will change our social structure and our identity as Americans. 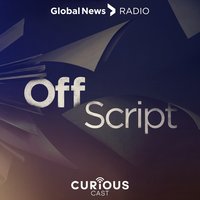 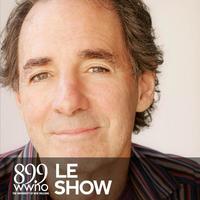 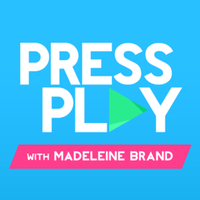 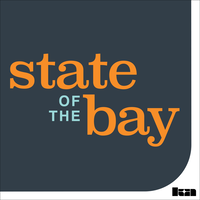 State of the Bay
KALW 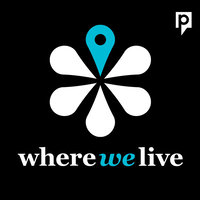 Where We Live
Connecticut Public Radio