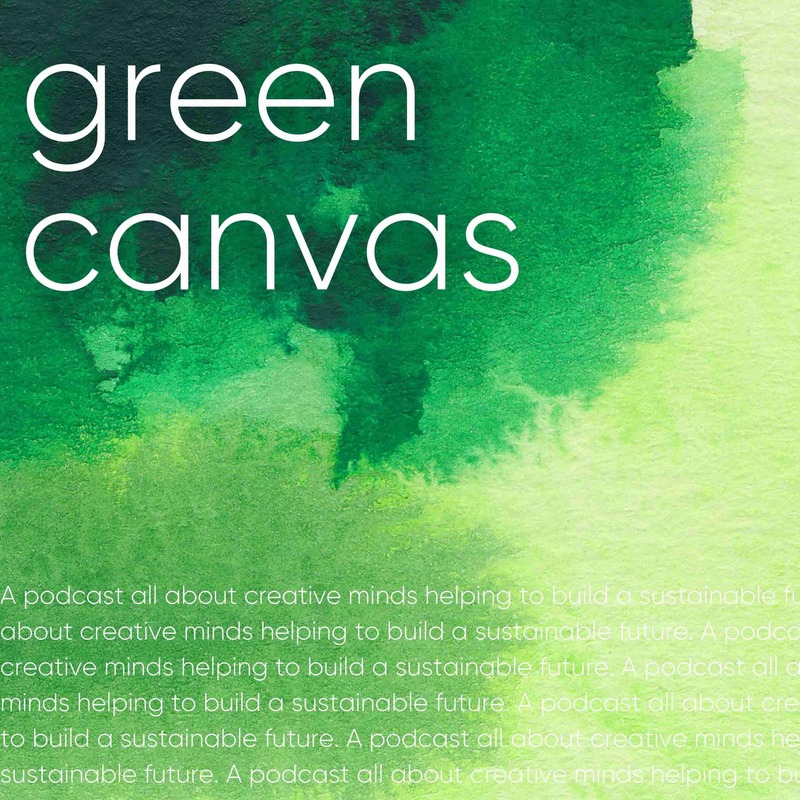 Insightful conversations with leading creative minds helping to tackle the environmental crisis. From designers using sustainable materials to artists and photographers exploring climate issues. We learn more about their work and find out what tips they have for you to help create the sustainable future our planet needs.

Maurizio Montalti is a designer, researcher, educator, entrepreneur and one of the early pioneers in the development of mycelium-based technologies.

Maurizio is the founder of Officina Corpuscoli, a transdisciplinary studio with a focus on the design and production of natural biomaterials. The studio’s work has exhibited globally, in institutions like MoMA, New York, Centre Pompidou, Paris and The Design Museum, London.

Maurizio is also co-founder, chairman and research & development director of Mogu – an environmentally conscious design company dedicated to the creation of high-performance solutions and products derived from mycelium.

For those of you who may not have come across mycelium before, it's the living root structure of mushrooms. And over the last decade, mycelium has come to the forefront of bio-design as a potentially revolutionary material that can reduce our reliance on petroleum-based plastics and other unsustainable materials. Today mycelium is being used to create biodegradable packaging, leather-like textiles, plant-based meats and many other alternatives to the products we currently use.

If you’d like to see some of Maurizio’s projects, here are a few links to some of his work:

And if you’re interested learning more about Green Canvas, you can find us on our website and feel free to get in touch at: hello@greencanvaspodcast.com

We hope you enjoy the episode and we'll be back with season 2 of Green Canvas in the next few months!

Pam Longobardi is an artist, environmentalist and Professor of Art at Georgia State University.

In 2006, after discovering the mountainous piles of plastic debris the ocean was depositing on the shores of Hawaii, Pam began collecting and utilising plastic as the primary material for her artwork in a project called Drifters. Now a global collaborative entity, the initiative has removed tens of thousands of pounds of plastic debris from environments and shores across the planet and transformed them into artworks that are displayed in social spaces and galleries around the world.

Pam’s work has been featured in publications like National Geographic and been exhibited at The Venice Biennale.

If you’d like to see some of Pam’s work, here are a couple links that you might find useful:

And if you’re interested learning more about Green Canvas, you can find us on our website. We hope you enjoy the episode!

Brendan MacFarlane is a leading architect and co-founder of the Paris-based architectural firm Jakob + MacFarlane - a multidisciplinary architectural agency with a focus on environmental transition and digital culture. Jakob + MacFarlane are the initiators of the French chapter of ‘Architects Declare Climate & Ecological Emergency’ – a network of architectural practices committed to addressing the climate and biodiversity emergency. They also recently won the C40 Reinventing Cities awards for their innovative, carbon-friendly projects, Living Landscape and The Energy Plug – both of which we speak about in this episode.

Living Landscape is a new urban hub located in Reykjavik, Iceland. It will be the largest wooden building in Iceland and will house a local ecosystem of indigenous plants, local rocks and topographic surfaces. The space will also be home to a kindergarten, restaurant, greenhouses, office space and is designed to be an eco-systemic methodology for developing cities into the future.

The Energy Plug is located in the northern suburb of Paris and is a reinvention of a former industrial site. Through a modular design, a reversible wooden extension and solar panels which are attached to the building, this site will become a self-sufficient producer of renewable energy, as well as being a centre for cultural events, scientific workshops, exhibitions and a place for start-ups, NGO’s and industrial partners to test and share their solutions for clean energy, climate change and sustainable urban development.

Jakob and MacFarlane also initiated an imaginary project called Tonga Above which rethinks the Tongan capital of tomorrow after it becomes inundated with rising sea levels due to climate change. As sea levels rise, a number of states within the Pacific Islands risk disappearing underwater. So, Jakob and MacFarlane, in partnership with the Tongan-based artist Uili Lousi, have proposed to create an urban landscape that would exist above the current Tongan capital and therefore prevent a mass relocation for citizens of Tonga.

If you’d like to see some of Jakob + MacFarlane’s work, here are a few links to some the projects we spoke about in this episode:

We hope you enjoy the episode!

Elissa Brunato is a designer and researcher who explores the intersection between human demands and wider ecological systems.

This exploration has led Elissa to tackle the huge environmental footprint caused by the production of modern-day sequins. Industrial sequins are made from petroleum-based plastic or synthetic resins and due to their miniature size exacerbate the micro-plastic issues our planet currently faces.

So in 2019, Elissa worked alongside material scientists to create naturally shimmering sequins that are made from a structural component found in plant cell walls called cellulose. The sequins are compostable, lightweight, strong and offer a glimpse into the solutions sustainable materials provide and the possibilities that lay on the horizon at the intersection between design and science.

Elissa’s projects also include exploring industrial flat glass production and the issues that stem from its widespread manufacturing to create the buildings that dominate urban landscapes across the world today.

Elissa's work has been exhibited around the world, won a range of acclaimed awards and been featured in publications like Dezeen, Creative Review and Fast Company. If you’d like to see some of Elissa’s work, here are a couple links to the projects we spoke about in this episode:

And if you’re interested learning more about Green Canvas, you can find us on our website. We hope you enjoy the episode!

Since 2018, Extinction Rebellion’s iconic font-type, colour scheme and striking graphics have helped catapult them into a global movement with hundreds of thousands of followers across the world.

Along with co-founder Charlie Waterhouse, Clive Russell is the design director of This Ain’t Rock’n’Roll, a full-service design agency for culture and social and ethical causes.

Their work has been exhibited at institutions like The British Museum, The Design Museum, Tate Modern and the V&A Museum. If you’d like to see some of Clive’s projects, here are a few links to some of his work:

And if you’re interested in learning more about Green Canvas, you can find us on our website. We hope you enjoy the episode!

Nienke Hoogvliet is a designer, artist and founder of Studio Nienke Hoogvliet – a design studio for material research, experimental and conceptual design. At the centre of Nienke’s work is a focus on materials that contribute to a more holistic world and raise awareness for the social and environmental issues in the textile, leather and food industry.

Other projects include RE-SEA ME which uses discarded fish skins – a waste product from the fishing industry - to create a leather. As well as Mourn, which explores the soil and groundwater pollution that exists around graveyards and ash scattering fields as a result of the waste substances our bodies release when we pass away.

Nienke’s work has been exhibited worldwide, in institutions like Centre Pompidou, Paris, Cooper Hewitt Design Museum, New York, and the V&A Museum, London. If you’d like to see some of Nienke’s work, here are a few links to some the projects we spoke about in this episode:

And if you’re interested in learning more about Green Canvas, you can find us on our website. We hope you enjoy the episode!

Steve Waters is a renowned playwright whose diptych of plays on climate change, The Contingency Plan, are amongst the most celebrated plays tackling the subject.

Upon its showing at the world-famous Bush Theatre in London in 2009, it was was labelled “an urgent wake-up call” by The Guardian, “a stunning theatrical knock-out” by The Daily Telegraph and “the first and best British play on climate change” by Time Out."

Steve's other plays include A Vulnerable Place (2014), Temple (2015) and Limehouse (2017). His works also span radio and TV, including the award-winning audio series, Fall of the Shah, as well as Miriam and Youssef, which were both aired on the BBC World Service.

Alongside his playwrighting, Steve also ran the MPhil in Playwrighting at Birmingham University between 2006 and 2011, and is now Professor of Scriptwriting at the University of East Anglia, where he convenes the MA in Creative Writing.

Lydia founded her namesake brand in 2019 after taking a course at the Centre for Sustainable Fashion and learning in-depth about the huge amounts of garments and textiles sent to landfill each year.

She has since been featured in Vogue as a "Girl on a Mission", in Euro News as a "Designer Fighting Waste" and has collaborated with brands like Reebok and Nicce on sustainably-centered projects.

We spoke to her about all of this and more. If you’d like to see Lydia’s bespoke clothing or check out her blog, here’s a link to her website and Instagram.

Jason deCaires Taylor is a globally-known sculptor and environmentalist who first gained international attention in 2006 with the creation of the world’s first underwater sculpture park. Now listed as one of the Top 25 Wonders of the World by National Geographic, the park was instrumental in the government declaring the site, which was situated in the West Indies, as a National Marine Protected Area.

Jason's sculptures are submerged into the ocean where they act as artificial reefs and become habitats for marine life, helping underwater creatures and plants to thrive. By design, his works have a rough texture that encourages coral larvae to attach and thrive, while nooks and dark cubbyholes provide homes for fish and crustaceans.

Some of Jason’s major projects include a collection of over three hundred submerged sculptures and architectural forms in Lanzarote, Spain. An underwater museum situated of the coast of Cannes in France and Ocean Atlas - a monumental 60-ton single sculpture in the Bahamas. Jason’s work has been featured in pretty much every major publication across the globe and has received numerous awards along the way. He’s also a member of The Royal Society of Sculptors, a featured TED speaker and in 2014 was awarded The Global Thinker by Foreign Policy.

If you’d like to see some of Jason’s work, here are a few links to some of his projects:

And you can also check out some of his work on his Instagram. and if you’re interested in learning more about Green Canvas, you can find us on our website.

We hope you enjoy the episode!

Valerie Leonard is an award-winning documentary photographer focused on human and environmental issues. Her mission to capture the dignity of people that live and work in difficult conditions has taken her to places like the open coal-pits in North East India, the Sulphur Mines in Indonesia and the towering landfill sites nestled within the Himalayas.

Valerie's work has been featured in a host of globally-known publications like National Geographic, The Guardian and Huffington Post and also been the winner of countless awards. If you’d like to see some of her work, here are a few links to some of the projects we spoke about in this interview:

You can also check out some of Valerie's work on her Instagram and if you’re interested in learning more about Green Canvas, you can find us on our website. We hope you enjoy the episode! 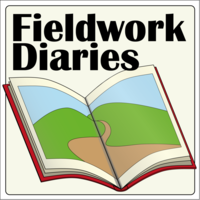 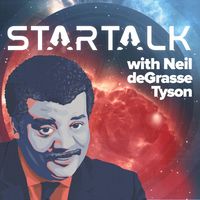 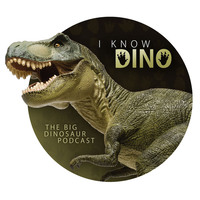 I Know Dino: The Big Dinosaur Podcast
Garret and Sabrina 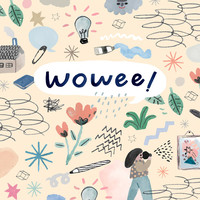