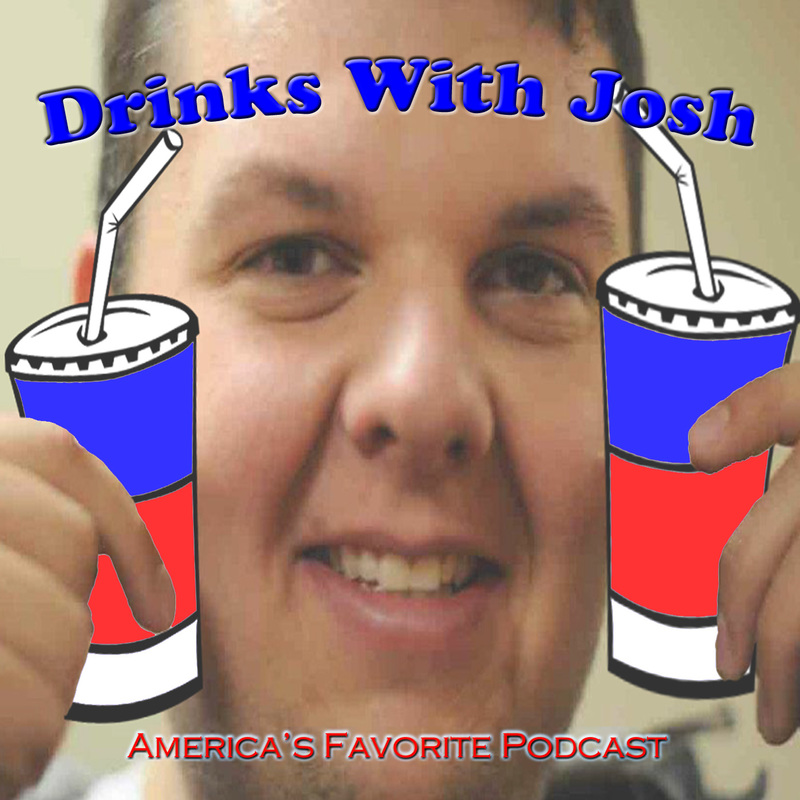 Join Ben and Josh as they explore the wonderful world of beverages. Each episode comes chock full of hilarity and comes with a drink review at no cost to you! We're so generous. So check out "America's Favorite Podcast" (this claim has not been verified/may be hyperbole): Drinks With Josh!

Channel your inner Dink Wartindale...or is it Wink Martindale? How about Bob Barker, as America's Favorite Podcast gets ready for America's favorite film festival (and annual local happening) by playing a plethora of games! Not only does Braindead Trivia make its normal appearance, but Josh leads us in a round of Reverse Braindead Trivia (Aivirt Daedniarb?), and Ben introduces a new national treasure: Find The Real Sundance Movie. And the boys show off their beverage expertise by pulling this off while doing some day drinking. Actually, that's unfair, it's not even late enough to be called day drinking. More like first-thing-in-the-morning-drinking. Don't worry, though, as it's all in the name of science, not alcoholism, as it culminates with yet another highly trusted review from the Kings of Drink Mountain. So take a "chance" on this special episode of Drinks With Josh, we promise you won't be "sorry."

It's The One True Religion as you've never seen it before! Mostly because you've never seen it, it's a podcast! Yet Josh is taking charge of the show and trying to fix that with a round of show and tell. You know, that audio entertainment staple. Anyway, you can find out what kind of creepy crap Josh keeps in his peanut box, as well as what kind of creepy snack he brought along. You'll also get a glimpse at his concert history, which is just as confusing as you'd expect.

Meanwhile, Ben tries to get the show on track by calling out the recent "Best of Utah" results for buffoonery. This somehow devolves into a lengthy discussion of the NBA, in which Ben scars Josh for life. Ben is scarred to find an adult man who doesn't know what basic furniture is, who doesn't recognize his own grandpa's name, and whose recollection of "Dumbo" is frightening at best. Also, mark the date, as the boys bust out a record-setting shortest Braindead Trivia ever! And yeah, they eventually get around to the drink. Eventually.

Christmas has come again and has brought another holiday episode of America, Greenland, and New Zealand's Favorite Podcast. As a special present to our devoted fans, we give you not one, but two of the world's most trusted beverage reviews (as determined by no authority whatsoever). The Kings of Drink Mountain have brought other gifts as well, including Braindead Trivia, a horrible people holiday call out, Menorahs vs. jail bars, and the most blasphemous retelling of the story of Christmas ever conceived! There's also an appearance by Josh's hero Albert Belle (in 6 inch tall plastic form, but still). What's that? You aren't Christian and don't celebrate Christmas? That's ok, as the 6th annual Christmas edition of "The One True Religion" will be your guiding light!

All kneel! The Kings of Drink Mountain have arrived with a new beverage to review! Yet all Josh wants to discuss is the king of darkness. Ben allows it, but only because Josh has also regained another title that hasn't been seen in a while. Perhaps the boys made a deal with the devil too, as this is one of the most quotable episodes of the show. From the usefulness of the ubiquity of a certain cartoon mouse to how Josh always "wins" Braindead Trivia to why one should have said a male body part, there's a quote for nearly everything. Get ready to join the zeitgeist and keep up at the water cooler as everyone will be dropping knowledge from this episode of America, Greenland, and New Zealand's Favorite Podcast: Drinks With Josh.

Call up Cousin Balki cuz we're off to Greece to try a selection of their finest hooch! Yes, the amazing Gregg from Gregg's Guide to New Music joins us for a very special crossover episode. What's so special about it? Well, first of all he brought us 6 different beverages to try straight from his trip to Greece. Second, we have a guest! See Mom? We told you we had friends! Last, it's another of our infamous 2 hour long, booze heavy, unedited-because-we-don't-have-time-to-waste-trying-to-fix-this November episode! Plus, it's a Brain(dead) battle royale as Josh faces Gregg in our beloved trivia game. It's all so special. So get excited as we sample Greece's finest in the forms of Metaxa, Ouzo, Tentoura, Mastiha, Tsipouro, and...Orange Soda...on this mega-episode of Drinks With Josh (and Gregg)!

Drinks With Josh is not just America, New Zealand, and Greenland's Favorite Podcast, but now The One True Religion! Join us in the pulpit as we deliver one of our most offensive episodes yet! The boys discuss a special edition of a soft drink superstar and help you determine that perfect pairing for a memorable meal. Speaking of memorable, you'll always remember the finely-crafted crudeness of this episode. Especially if you're a redhead. It all culminates in what is very likely the most offensive joke in the history of the show. Arguably just in history period. It's that old school horrifying DWJ you crave, all set and ready for your ear holes. Get it!

You already know Drinks With Josh is America's Favorite Podcast, but now it's time to prove it...by making us Utah's Best Podcast! We beg for your "Best of Utah" votes while testing out a local Utah beer from our beloved Twitter friends at Uinta Brewing in this special edition of the show.

America's Favorite Podcast returns with a "family friendly" episode all about everyone's podcast host best friend, Ben. Ben is not convinced that this is a good idea, but decides to play along. Meanwhile, Josh is taking very detailed notes on Ben's answers to credit card security, I mean, biographical questions. The Kings of Drink Mountain also are sure to ascend the throne in order to dispatch yet another royal judgement, this time on a beer in a great bottle, but...when did Utica, NY move to Mississippi? The boys also discuss their similarities and differences with Top Gun, make and lose an amazing new friend, and treat you to the Beastie Boys doing a Julia Child impression. Plus, Braindead Trivia returns with yet another round of heavy thinking. Oh! And the minor detail of the show realizing they are "The One True Religion." I probably should have mentioned that. So get your ears ready for an episode Ben calls "the worst episode we've ever done" and get to listening to Drinks With Josh!

With the public in a panic and evil drink overlords running amok, the Kings of Drink Mountain have finally returned from their self-imposed exile! America, Greenland, and New Zealand's Favorite Podcast is back and checking out a summery beverage from a neighboring mountain state. In between congratulatory phone calls from infamous porn stars, the boys discuss handsy ticks, Utah beer laws, poopy petroglyphs, and Josh wonders if he can really do a certain two activities at the same time. Plus, some Braindead Trivia that will have you running for the spell check and an extremely meaningful Who Would Drink This? Then just for fun, the boys bust out their sports expertise with the most unique and informative rugby World Cup analysis you can find. The boys also use the occasion to put terrible people and companies in their place with the Comeback Callout. It's all there in the big celebratory post-hiatus good times known as the newest episode of Drinks With Josh!

America's Favorite Podcast is back to review a mystery drink. That's right, Josh has found a beverage in what appears to be single tennis ball cans. What could it be? Will it be delicious or just a big "tease?" Find out as the Kings of Drink Mountain give yet another hard-hitting and in-depth beverage review! Plus, they talk about the best and worst shows in TV history, Josh's taste in music, and Ben takes an interest in a magazine you won't see coming. He does learn that "modest is hottest" though. There's also a great round of Braindead Trivia and the triumphant return of "Who Would Drink This?" So step up to the plate and play some hard "ball" with Drinks With Josh!

I was going down a dark road without humor or ever knowing what to drink. Then I stumbled upon this podcast. Now I have both! Thanks ‘Drinks with Josh’!

Delete Review
Cancel
Its like Abbott & Costello but even funnier!
May 01, 2018 by HGE

The podcast is very well done. So much fun and great laughs.

I have only listened to a few podcasts of Drinks with Josh. I thought it was pretty funny, can swear a lot but a lot of people don't mind it. That Josh guy is pretty crazy and says some crazy stuff but it's pretty funny. I think I will keep listening and maybe end up trying a drink they suggest.

Great show. Josh and Ben are terrible people...in the best possible way. You never know what these guys will talk about (or what triggers Josh's brain), but that's the fun. Braindead Trivia is a good segment that they wisely always include. Of course, it's not complete without the drink reviews from the "Kings of Drink Mountain" (even if Josh gives the same review pretty much every show). A lot like Mike and Tom Eat Snacks (which is high praise, they're the best). If you like one, you'll likely enjoy the other. Also, fair warning: the language is pretty rough, definitely don't play it out loud unless you're looking to get fired/expelled.

Delete Review
Cancel
Wowlizae!! Funny funny... also a learning podcast too! Check out the q&a during the show. I kinda wish I was like josh sometimes. Go listen!!!
Jun 28, 2017 by Curtis 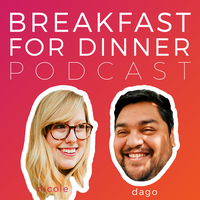 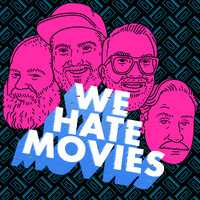 The Morning After
Heritage Radio Network 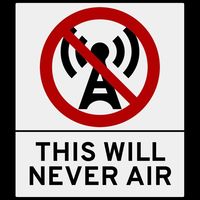 This Will Never Air
Mike Beasterfeld 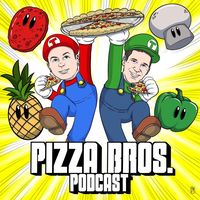