George Lucas’s story for this made-for-TV spin-off from the Star Wars films involves a spacecraft that crash lands on Endor. The mother and father spend the film looking for their two children, a fourteen-year-old named Mace Towani and his four-year-old sister, Cindel, not knowing that they’ve been taken in by the kindly Ewoks whose village lies a bit of a distance away from the crash site. Cindel befriends the Ewoks instantly, but Mace is not too sure about their intentions, concentrating more on finding the monstrous, ax-wielding Gorax might have captured the whereabouts of their parents, who the Ewoks begin to suspect. They set about building a caravan to head to the Gorax lair on the hope they can rescue the parents before it’s too late.

The Star Wars Holiday Special is a two-hour made-for-TV musical variety show movie that aired on November 17. 1978 on CBS for its November sweeps period.). Variety shows were hot on TV in the 1970s and this effort would serve as a ratings bonanza, putting the hottest cultural phenomenon of the last year in front of as many eyeballs as they could on a Friday night when kids could stay up to watch TV. The Force was not with this one.

Chewbacca’s family living in a giant treehouse on Kashyyyk. The family trio includes Chewbacca’s wife Malla, his father Itchy, and his son, Lumpy. Chewbacca is returning to see his kin for a celebration of the holiday called Life Day. However, Chewie is delayed by an Imperial Cruiser in the vicinity performing a blockade that keeps the Millennium Falcon from its destination, and down on the Wookiee planet, Stormtroopers are invading homes and placing the locals under a strict curfew. All Chewie’s family can do is use their technology to entertain themselves with cartoons, acrobats, sultry women of fantasy, and Jefferson Starship while they wait.

The final of the Star Trek films to feature the entire original cast, Star Trek VI draws many parallels to the end of the Cold War between the United States (represented here by the Federation) and the Soviet Union (the big bad Klingons).  An explosion occurs on the Klingon moon known as Praxis (an allusion to the nuclear disaster of Chernobyl), which makes the Klingon race face possible extinction, as their way of life crumbles, rendering them a superpower no longer (akin to the breakup of the USSR).  The crew of the Enterprise is called upon to be an escort for Klingon Chancellor Gorkon (Gorbachev wannabe) to a crucial assembly on Earth.

It’s hard for Kirk and co. to trust the Klingons after so many years of fighting them, so when a pair of photon torpedoes are shot into the Klingon ship and two men in Federation gear assassinate many onboard, all fingers point to the only logical culprits, the Enterprise crew.  Kirk and McCoy (who tried in vain to save Gorkon) are put on trial for the disaster, leaving the remaining crew with little time to coordinate an effort to clear their names and secure their release before whatever faction responsible commits more assassinations in response to the peace process.

Star Trek V starts off with the crew taking over the reins of new Enterprise starship, and their first impromptu mission requires them to travel to the near desolate planet of Nimbus III, where a rogue Vulcan known as Sybok (Laurence Luckinbill) has placed several key ambassadors as hostages in order to draw a starship to the planet.  His plans are to hijack the ship and crew, taking them on an odyssey to the Great Barrier, a place that no other ship has successfully breached.  His mission is to find the Higher Being that all life in the universe refers to as their God, whom he says has beckoned him to be the one to find out life’s eternal mysteries.  Is Sybok a madman or a visionary anointed with divine responsibilities?

William Shatner makes his feature-film debut as a director of this maligned entry in the Star Trek movie series.

Star Trek IV starts with our heroes on planet Vulcan, loading up to go home and face punishment from the Federation for their hijacking of the Enterprise and its subsequent destruction, as well as the sabotage of the Excelsior.  As they approach Earth, they find that a giant space probe is threatening to destroy the planet, emitting a signal that those on Earth are baffled how to respond to.  It is determined that the probe is sending messages in the language of humpback whales, which have been extinct for over 200 years.  With seemingly no obvious solution, Kirk and crew decide to time warp back to the late 20th Century to snatch a couple of humpbacks to bring back with them in the hopes of saving the Earth.  They discover two whales in captivity at a San Francisco Cetacean institute. Still, they have only a limited amount of time to figure out how to transport these whales in tons of seawater, in addition to needing to harvest enough nuclear energy to send their tapped out ship back to the future. Leonard Nimoy directs.

Star Trek III starts off with the weary Enterprise crew returning home after their near-death battle with Khan, and the actual death of Spock, whose body had been torpedoed to the Genesis world, which was a newly transformed planet, formerly without life.  While all involved are a bit worse for wear, the biggest effect on a crew member seems to be with Dr. McCoy (DeForest Kelley), who is exhibiting strange behavior that suggests he may be cracking from the experience, babbling something about returning to Spock’s homeworld of Vulcan.  Spock’s father, Sarek (Mark Lenard), is convinced that Spock’s “essence” has somehow been transferred to another before his death through a mind-meld, which would explain McCoy’s behavior.  With an unknown life form recently found on the Genesis planet, Kirk (William Shatner) wants to visit and find out if Spock’s body is also reincarnated, but the instability of the area makes it off-limits to anyone but science officers.  Kirk and company must hijack their old ship, against orders, but soon finds that murderous Klingons have discovered news of the Genesis Project, and are willing to kill anyone in order to gain information on the process. Leonard Nimoy directs.

With Star Trek II: The Wrath of Khan, the series took a swing in the exact opposite direction from Star Trek: The Motion Picture, putting things on a raw emotional level. This is a sequel, not of the first film, but of an original “Star Trek” episode, “The Space Seed”, also starring Ricardo Montalban in the Khan role. Now, it is 15 years later, and Khan and his men are marooned on a desert planet which is slated as an experiment in the Federation’s Genesis project. This project is actually a bomb of sorts that can take any uninhabited planet and make it habitable for life as we know it, transforming it into a tropical paradise. Khan hijacks a small cruiser piloted by Chekhov (Walter Koenig) and the duel between Khan and Kirk (William Shatner), the man with whom he is filled with hatred, for control of the bomb and for sheer revenge. Nicholas Meyer directs.

Fast approaching Earth is a cloudlike alien entity that has destroys all that approaches its nebulous form.  The not-quite-fully-refitted Enterprise is the closest vessel available in its approach toward Earth. Admiral Kirk (William Shatner) pushes his way to take over the mission over the man he picked for his successor as the captain, Willard Decker (Stephen Collins).  Kirk makes every attempt to reason with this living entity, who goes by the moniker, V’ger.  V’ger abducts the Enterprise’s navigator, Ilia (Persis Khambatta), who then returns in a mechanical form, giving voice to the entity.  The bad news: V’ger wants to rid the Earth of all the carbon-based life forms, effectively ending life as we know it for everyone on the planet unless Kirk and company can save the day. Leonard Nimoy, DeForest Kelley, James Doohan, George Takei, Walter Koenig, and Nichelle Nichols return to their iconic roles. Robert Wise directs.

In this semi-spoof sequel to the classic TV show, “Dragnet”, Dan Aykroyd isn’t playing Jack Webb’s character, Joe Friday, in this film, but rather, his nephew, with the same name and personality.  He’s assigned a roguish new partner named Pep Streebeck (Tom Hanks) with which to fight crime with, though he’s of a new breed of a police officer, not really respecting the rule of law that Sergeant Friday does to his core.

Their first case together sees them trying to crack a slew of recent murders in Los Angeles, ostensibly done by a mysterious cult known simply as P.A.G.A.N., (People Against Goodness and Normalcy) as the calling cars they leave behind at the scenes of their crimes suggest.  Signs begin to point in the direction of a smarmy TV evangelist named Rev. Jonathan Whirley (Christopher Plummer) and a smarmy smut merchant named Jerry Caesar (Dabney Coleman).  Friday and Streebeck rescue a sacrificial virgin, Connie Swail (Alexandra Paul), at one of the P.A.G.A.N. gatherings, and for the first time in his life, Sgt. Friday has found someone wholesome enough to consider as his girlfriend, though he has now become too involved to think clearly — or play things by the book when the heart is involved.

In this “Get Smart” sequel movie made for network television, KAOS makes a comeback in a world that hasn’t been terrorized by them since CONTROL took them down and put themselves out of the international terror business.  Recurring “Get Smart” actor Bernie Kopell returns as Maxwell Smart’s (Don Adams) main nemesis Conrad Siegreid, who leads the new KAOS after it has been bought out in a corporate takeover and is now encountering budget cuts requiring a quick influx of cash. Siegried launches his own plans for world domination with the formula to create a Weather-Control Machine, which gives them the power to adjust the climate anywhere in the world as they see fit, but willing to stop targeting places like the interior of the White House for a ransom of $250 billion to be paid within seven days. Barbara Feldon, Dick Gautier, Robert Karvelas, Harold Gould, King Moody, and Kenneth Mars also appear. 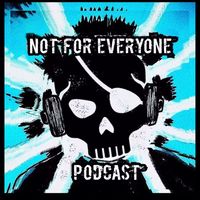 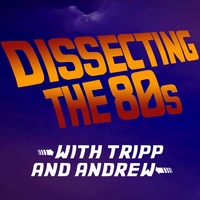 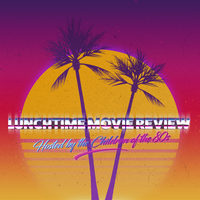 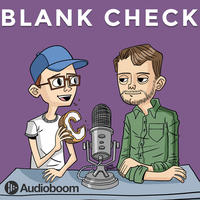