Submit Review
FavoriteShareReportAdd all episodes to Queue
Who Makes Cents?: A History of Capitalism Podcastactive

Who Makes Cents?: A History of Capitalism Podcast is a monthly program devoted to bringing you quality, engaging stories that explain how capitalism has changed over time. We interview historians and social and cultural critics about capitalism’s past, highlighting the political and economic changes that have created the present. Each episode gives voice to the people who have shaped capitalism – by making the rules or by breaking them, by creating economic structures or by resisting them.

Indebtedness, like inequality, has become a ubiquitous condition in and beyond the United States. Yet few have probed American cities’ dependence on municipal debt. Focusing on San Francisco, this month's guest, Destin Jenkins, traces the evolving relationship between cities, bondholders, banks, and municipal debt from the Great Depression to the 1980s. In doing so, he sheds new light on the power arrangement at the center of municipal finance, and offers some suggestions on how to contest it.

It is no secret that the United States is facing a crisis with regards to higher education. In this month's episode, historian Elizabeth Tandy Shermer explains the long history that gave rise to the current situation in which many institutions are struggling financially, while students and their parents are often the ones left to pay the bill with the help of loans.

Building on and complicating recent scholarship on slavery and capitalism, Justene Hill Edwards takes listeners on a journey through the slaves' economy. From bustling urban marketplaces to back-country roads, she highlights the myriad ways enslaved people participated in South Carolina's economy from colonialism to the Civil War. In doing so, she never loses sight of the limitations of the slaves’ economy, revealing how enslaved peoples’ investments in capitalism, while providing temporary relief, ultimately benefited the very people who denied them freedom.

For many Americans, the question--What is a dollar worth?--may sound bizarre, if not redundant. Fluctuating international exchange rates, highly volatile crypto-currencies, counterfeit money, these are all things the average American hears about on the news, but rarely thinks about on a day-to-day basis. Even the most enthusiastic Bitcoin supporters will likely readily admit they prefer to conduct the majority of their daily transactions in a currency whose value is relatively stable, and backed by the government. And while fewer and fewer of those transactions take place using actual paper money, the fact is, the U.S. dollar remains the primary currency in which goods are quoted, traded, and payments settled across not only in the United States, but around the globe.

This was not the case two-hundred years ago when Americans were obliged to live and transact in a world filled with upwards of 10,000 unique bank notes tied to different banks of various trustworthiness. This number does not even include the plethora of counterfeit bills and countless shinplasters issued by un-regulated merchants, firms, and municipalities. In this month’s episode, our guest, Joshua Greenberg explains the incredible amount of monetary knowledge required of Americans to participate in this highly volatile and chaotic market economy. An extensive monetary knowledge was necessary not just for financiers, merchants, and others operating at a high-level of economic activity, but also those who may never have had the occasion to step foot inside a bank themselves, but, nevertheless were compelled to constantly evaluate for themselves the value and authenticity of the paper money being handed to them or risk losing out.

Today, healthcare workers account for the largest percentage of U.S. workers. Yet, their power pales in comparison to the unionized industrial workforce that preceded them, and whom it is their job now to care for. In this episode, Gabriel Winant explains how these two worlds--the post-war industrial economy and the post-industrial service economy--came together in 'Steel City, USA,' where during the late twentieth century the healthcare economy emerged to take advantage of the social hierarchies engendered by the American welfare state.

Despite the rising cost of tuition and a recent slump in college enrollment, many Americans continue to look to education to improve their social and economic status. Yet, more and more degrees have not led to reduced levels of inequality. Rather, quite the opposite. Inequality remains the highest its been in decades. In this episode, Cristina Groeger delves into the history of this seeming contradiction, explaining how education came to be seen as a panacea even as it paved the way for deepening inequality. Starting in the late 19th century—at time when few Americans attended college, let alone high school—she explores how schooling came to be associated with work. For some, especially women and immigrants, education offered new pathways into jobs previously held by white, native-born men. The idea that more education should be the primary means of reducing inequality, however, fails adequately account for the experience of many Americans and indeed is, Groeger argues, a dangerous policy trap. If we want a more equitable society, we should not just prescribe more time in the classroom, but fight for justice in the workplace.

In this episode, labor historian Ronald Schatz speaks about the National War Labor Board. Recruited by the government to help resolve union-management conflicts during World War II, many of the labor board vets went on to have long and illustrious careers negotiating conflicts in a wide-range of sectors from the steel industry to public sector unionism. Some were recruited to mitigate unrest on college and university campuses in response to student unrest. While not a traditional labor history, the history of the labor board vets is one worth paying attention to both for what it tells us about past efforts to arbitrate labor-management conflicts, and what could be in store amid future conflicts.

The history of red-lining is one increasingly well-known within and beyond the academy. In the 1930s, as part of an attempt to shore up the struggling economy by underwriting home mortgages, the government’s Home Owners’ Loan Corporation (HOLC), developed a series of guidelines and criteria for assessing the risk of lending in urban areas. HOLC criteria drew heavily on the racial logics employed by lenders, developers, and real estate appraisers. Thus, “A-rated” neighborhoods, those associated with the least risk for banks and mortgage lenders, tended to be exclusively white. While, “D”-rated areas, deemed the most-risky, included large numbers of black and/or other non-white residents. These neighborhoods were color-coded red on HOLC maps, hence the term red-lining. They were often denied home loans.

HOLC and redlining had a dramatic effect on American cities with consequences lasting to the present day. Yet, the image of the HOLC’s color-coded maps suggests a more static relationship between lending and urban America than actually existed. In today’s episode, Rebecca Marchiel tells a more complex and nuanced story of white and black community activists who engaged with the federal government and banks in an effort to expose redlining—in its multiple forms—and imprint their own “financial common sense” on banking. In doing so, she undercuts notions that the reality depicted in HOLC’s maps was set in stone by the 1960s, when residents in Chicago’s West Side first became suspicious that they had become victims of red-lining, while at the same time revealing the alternative models of financing proposed by community activists in the urban reinvestment movement.

It is common these days to bemoan the amount of personal information companies like Amazon, Facebook, and other modern telecommunications goliaths collect about us. For many, this invasion of privacy exists as a necessary consequence of our growing dependence on the internet. With every click of the mouse—making it possible to have products manufactured half-way around the world delivered to our doorstep—there is a reluctant awareness of the risk that our private lives might be made public.

That sense of the potential of our private lives being made public is all the more real when we acknowledge the human beings at the center of these information networks. Our modern service economy relies on people whose jobs involve an intimate awareness of our daily lives—the Amazon delivery person who brings us toilet paper, the barista who procures for us our morning coffee and knows whether we prefer cream or almond milk; the data analyst who knows what new titillating show we’re watching  and uses that information to sell us on the latest product. Our desire for on-demand services is satisfied through these people having access to information about us, all the more so amid the ongoing pandemic. Katie Hindmarch-Watson has spent many years thinking about the human labor involved in making a service economy. In Serving a Wired World: London's Telecommunication Workers and the Making of an Information Capital, she shows how concerns about privacy and information were at the center Victorian-era London’s telecommunications industry centered around the telegraph and telephone: the internet of its day. In doing so, she takes us on a journey involving telegraph boys ensnared in homosexual scandal and wicked telephone girls suspected of interrupting connections, all the while revealing the intimate and bodied labor that made (an) information capital.

In this episode, Shennette Garrett-Scott explores black financial innovation and its transformative impact on U.S. capitalism through the story of the St. Luke Bank in Richmond, Virginia: the first and only bank run by black women. Garrett-Scott chronicles both the bank’s success and the challenges this success wrought, including shedding light on the bureaucratic violence that targeted St. Luke's and other black banks. Through the St. Luke Bank, Garrett-Scott gives black women in finance the attention they deserve.

Jan 04 | 00:57:46
Destin Jenkins on Municipal Debt and Bondholder Power
Oct 04 | 00:47:13
Elizabeth Tandy Shermer on Student Loans and Higher Education
Aug 04 | 00:34:10
Justene Hill Edwards on the Slaves Economy and the Limits of Black Capitalism
Jul 06 | 00:51:05
Joshua Greenberg on the Rage for Paper Money and Monetary Knowledge in Early America
Jun 03 | 00:52:59
Gabriel Winant on the Rusting of 'Steel City, USA' and the Rise of Healthcare
May 03 | 00:39:44
Cristina Groeger on Education, Labor, and Inequality in Boston
Mar 27 | 00:35:30
Ronald Schatz on the Labor Board Vets and the Rise of Industrial-Labor Relations
Feb 14 | 00:45:26
Rebecca Marchiel on Redlining, Financial Deregulation, and the Urban Reinvestment Movement
Jan 04 | 00:43:07
Katie Hindmarch-Watson on London's Telecommunications Work and Serving a Wired World
Dec 02 | 00:34:25
Shennette Garrett-Scott on Black Women in Finance
This podcast could use a review! 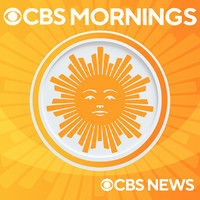 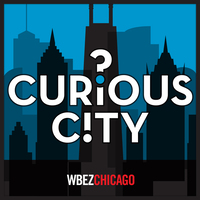 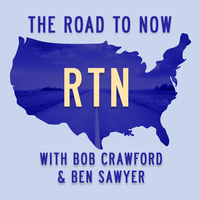 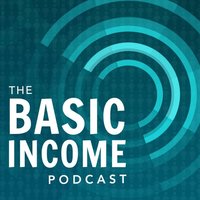 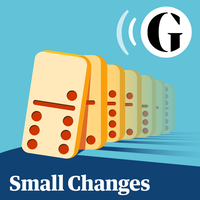