Take a weird, thoughtful and pleasurable journey into literature, music, art, philosophy, the internet, language, and history with McSweeney's and KCRW.

If poetry makes nothing happen, it also makes very little in the way of income. Take the acclaimed poet Bernadette Mayer. Often aligned with the Language Poets, Mayer overcame entrenched sexism to establish herself as one of the most influential poets of her generation. At 73, she’s still producing work. And yet she only made about $17,000 last year. That’s hardly enough to live on, even after Mayer and her partner moved out of New York City.

Tech moguls like Mark Zuckerberg and Elon Musk talk about Universal Basic Income as a fix for increasing automation. But could poetry — culturally necessary but essentially unmarketable — provide an even more compelling argument for UBI? Some minimal allowance might deliver poets like Mayer from financial ruin. What do the rest of us lose when poets can no longer afford to pursue their life’s work?

What happens when the stories we tell ourselves about ourselves turn out to be wrong? And what if the attempt to shape our life stories to fit some formulaic narrative arc fundamentally distorts them? Could different narrative forms tell more honest stories? Or do all narratives falsify reality in their own way?

Three artists suggest new ways forward for narrative storytelling and making sense of the world. Maggie Nelson seeks to write stories that, in place of a traditional plot, instead reflect a mode of being in the world. Visual artist Brian Belott blends found sounds, Groucho Marxian humor, and playful nonsense into anarchic vocal freakouts. And writer and artist Renee Gladman confounds the boundaries of reading, drawing, and seeing to connect thinkers with landscape and turn ideas into architecture.

Buck Gooter is quite possibly the hardest-working band you’ve never heard of. Since forming in 2005, the band has logged 18 albums and 531 live shows. Their latest, Finer Thorns, just came out. But they’ve never had a hit, never been reviewed by Pitchfork.

A punk duo from Harrisonburg, Virginia, Buck Gooter is Billy Brett, 33, and Terry Turtle, 66. On paper, they’re an odd couple, separated as they are by a generation and change. But on stage, they’ve formed a tight and incredibly productive musical collaboration.

Together, Brett and Turtle criss-cross the country in a Subaru Forester to play heavy, abrasive rock music to small groups of 20-somethings in basements. They crash on couches, and when couches aren’t available, on floors.

Buck Gooter is not alone — surely there are thousands of bands like this, releasing music to no fanfare and touring for little or no money. In this cultural moment, when it can seem like ubiquity is the only criterion for artistic success, what keeps a band like Buck Gooter going?

In 2017, David Lynch’s metaphysical detective soap opera Twin Peaks returned to cable television screens 26 years after its network cancellation. Most of the original characters resurfaced, but in several cases, either those characters or the actors playing them—or both—were dying. Over its 18 new episodes, this specter of commingled on- and off-screen mortality became as much the substance of the show as the narrative of mysteries, disappearances, violence, slapstick, romances, and resurrections that played out in the foreground.

In the original series, Kyle MacLachlan, as FBI Special Agent Dale Cooper, investigated the murder of Laura Palmer (Sheryl Lee), the all-American high school student with a double life. From there, the show spiraled into a web of secrets, conspiracies, red herrings, in-jokes, and epiphanies. Twin Peaks: The Return jettisoned much of the original series’ plot-based baggage. Instead, it explored the abstract possibilities of the form, tracing mystical and mundane contingencies that ran along a live wire from Lynch’s 1977 film Eraserhead directly into the circuitry of present-day Twin Peaks.

It is here critic Howard Hampton locates his own kinship with the world of Twin Peaks, together with the true source of the show’s screwball gravitas: the late Catherine Coulson as “the Log Lady,” Margaret Lanterman. Coulson had been with Lynch since his Eraserhead days. A beacon, a cipher, a beloved emblem of Lynch’s universe on the verge of death herself, she delivers a benediction disguised as an oracle’s warning.

On this week’s Organist, two stories about the surprising intimacy of anonymity. In the first, thousands of people sign up for a service, created by artist and programmer Max Hawkins, which wakes up thousands strangers with a phone call in the middle of the night then pairs them up at random and records their conversations. The vulnerability of that moment, and the anonymity of having a sleepy and total stranger on the end of the line, leads to recordings of astonishing intimacy. One night, a fighting couple, who have angrily retreated to their separate apartments, wake up to hear the voice of the other on the line, a one-in-four-thousand chance. After talking face-to-face has failed, can this weird art experiment bring them back together?

In our second story, Vanessa Lowe—host of KCRW’s Nocturne, a sound-rich podcast featuring stories about the night—walks home from her favorite coffee shop to find a handwritten note sitting under a rock on her front porch. It's from an anonymous stranger, who has listened to her every word in the cafe. The note’s contents pull her into a series of increasingly anxious encounters. Has this process made her more sinister, alienated, and critical than the anonymous note-writer him or herself?

If you’ve lived in L.A. anytime in the last thirty years, you know Angelyne. She’s the blonde bombshell on the billboards that used to be studded like rhinestones all over the city. Angelyne rose to prominence in the ‘80s, and she was a mashup of elements from the pantheon of Hollywood starlets: platinum hair, an hourglass figure, and a breathy, cooing voice. But Instead of a movie or a TV show or an album, Angelyne’s billboards just advertised herself.

A ninth-grader named Kate Wolf interviewed Angelyne at the height of her popularity by pretending she was a reporter for her school newspaper. Twenty-five years later, Kate wins a raffle for a ride in Angelyne’s hot-pink Corvette and asks Angelyne the tough questions about truth, image, aging, and her career as a looming pink archetype of gender.

This week we bring you dogs, many of them. So many dogs that you can’t possibly scratch the soft fur behind all of their ears or gently caress the scruff of all of their necks or pat all of their bellies when they climb onto your lap and roll over prone for your affection. To investigate the connection between humans and canis familiaris, we talk with acclaimed character actor Bob Balaban, who you’ve seen in dozens of movies and TV shows including Best in Show, Close Encounters of the Third Kind, Midnight Cowboy, Seinfeld, Waiting for Guffman, Capote, and Moonrise Kingdom. You also might have heard him as the voice of King in Wes Anderson’s Isle of Dogs. When he’s not acting in dog-related films, Balaban is also the author of a series of children’s books about McGrowl, a courageous, bionic dog.

We also talk with André Alexis, author of the novel Fifteen Dogs. Alexis got his start as a novelist while dog-sitting eleven huskies in rural Canada. As he sat at his desk trying to write, Alexis also tried to learn the dogs’ language. Could he howl so that they believed he was one of them? And what would the moral consequences of that howling be?

This episode also features a short, absurdist radio fiction by mason.com/">Graham Mason in which you, the listener, encounter a highly skilled dog masseuse whose dog-petting prowess will drive a wedge between you and your dog forever.

Recalling the experimental films of David Lynch or Andrei Tarkovsky, Chris Reynolds’s comic books, newly anthologized as The New World, confound his readers’ expectations at every turn. In these dream-like narratives, Reynolds twists the trope of a space-helmeted comic-book hero into an uncanny figure. Comic-book plotlines, including kidnappings and interplanetary travel, dissipate as the story shifts to focus instead on ominous silences, images of weirdly depopulated cityscapes, and the mysterious appearance of a massive Roman archway. On this episode of the Organist, the artist speaks with the novelist and critic Ed Park. We also hear reflections from the celebrated graphic novelist Seth, who edited and designed this new collection, interwoven with audio adaptations of some of the more beguiling stories from the book.

Temple Grandin, an animal scientist and autism advocate, describes how she uses sound to make cattle slaughterhouses more humane. Journalist Bella Bathurst describes how she lost her hearing while conducting interviews with the last generation of Scottish lighthouse keepers and then how it felt, twelve years later, to regain it. Along the way, we’ll listen deeply to ABBA and the Beach Boys and hear an excerpt from Alexander Provan’s experimental essay/soundscape/bildungsroman Measuring Device with Organs, which explores sound connoisseurship and the tones that high-fidelity eliminates as unsavory.

Provan’s work is available as both an LP and MP3 from Triple Canopy.

This week we visit the shady glen where language and music make out with each other, in a field surrounded by phonemes, intonation, and the throw-away vocables of human expression. What’s important here isn’t what we say, but how we say it.

We talk with artists working at the boundary between language and music: the composer Kate Soper, the poet Jeremy Sigler, and the drummer Milford Graves. 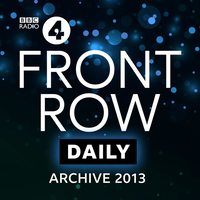 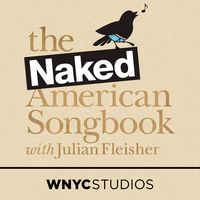 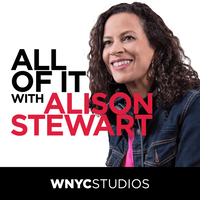 All Of It
WNYC Studios 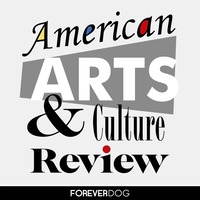 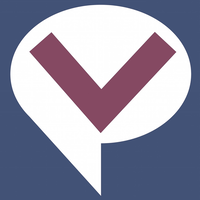