Submit Review
FavoriteShareReportAdd all episodes to Queue
The Gravy Traininactive

The tragic life and enduring legacy of Toronto's crack-smoking mayor
In 2010 Rob Ford ran for Mayor in Toronto. To much of the city, his campaign was laughable: full of embarrassing scandals, anti-immigrant sentiment and declarations of war on "elites." But he won.

Then came the drinking, the drugs, the police investigations. It was a dark crime drama that most of the world only caught a glimpse of. And even during the worst of it, much of the city loved him.

Does that sound familiar? It should. His rise to power revealed how politics and media were changing. And his legacy lives on in governments around the world today.

A secret war, a secret deal, and a scandal that threatened to destroy Ronald Reagan’s presidency–until it didn’t.

The Gravy Train team is happy to bring you the first episode of Fiasco: Iran-Contra. From the co-creators of Slow Burn comes a podcast documentary about politics, power, and uncertainty. Host Leon Neyfakh transports listeners into the day-to-day reality of America’s most pivotal historical events, bringing to life the forgotten twists and turns of the past while shedding light on the present. You can listen to the full season of Fiasco: Iran-Contra only on Luminary.

Toronto never got the chance to reelect Mayor Rob Ford. Nor did it get the chance to kick him out of office. It wasn’t the ending anyone wanted, it’s just what happened. And over the next few years, it would become clear just how profoundly Rob had changed politics, at home and around the world.

The post 8: Legacy appeared first on The Gravy Train.

More than a year after the first stories about a ‘crack video’ broke, and months after the mayor admitted he’d tried the drug ‘during one of (his) drunken stupors’, Rob Ford admitted to the public that he had a substance abuse problem, and that he needed help. And he went to rehab. For a few weeks. Then he returned to the race for reelection. A race he very much expected to win. So Toronto had a choice. Four more years of this…or something else.

The post 7: Rehab appeared first on The Gravy Train.

Mayor Rob Ford publicly admitted to smoking crack “in one of my drunken stupors” on Nov. 5, 2013. And then all hell broke loose.

The post 6: The Circus appeared first on The Gravy Train.

The whole world was talking about whether or not Toronto’s mayor smoked crack. You might think that the mayor would change his behaviour following the headlines about his drug use. But he didn’t. We know this because the police were watching him with a secret investigation named Project Brazen II.

The post 5: Brazen appeared first on The Gravy Train.

After months of absences and whispers and rumours, all of Mayor Rob Ford’s private life started to go public. It began with one story, which led to more, and more. The mayor’s response was denial—and to paint the media as the enemy and attack them by name. There’s a reason this strategy has become so popular. It works.

The post 4: Headlines appeared first on The Gravy Train.

As Rob Ford began his term as mayor by ending taxes and cancelling transit plans, his colleagues on city council and the reporters who covered them were starting to gossip. As his first weeks turned to months, Ford was around less and less, and people were starting to wonder: What was going on with the mayor? And then, two high-profile nights out added fuel to that fire…

The post 3: Whispers appeared first on The Gravy Train.

The post 2: City Hall appeared first on The Gravy Train.

This is the story of how our subject goes from the outskirts of the city to a seat in the building at the heart of its power. Before he was the Mayor of Toronto, and before all the insanity that came in the years following that, Rob Ford was just a young man working at the family business in the suburbs, looking for a spark. An unlikely business request led Rob and his family into politics, and Toronto hasn’t been the same since.

The post 1: Suburbs appeared first on The Gravy Train.

Trailer: He was a joke. And then he won. He was a trainwreck. But it didn’t matter. He was a drug user and an alcoholic. But a lot of people loved him anyway. And most of all, Rob Ford was a sign of things to come—in politics, in the media and around the world. Welcome to the Gravy Train.

The post All Aboard appeared first on The Gravy Train. 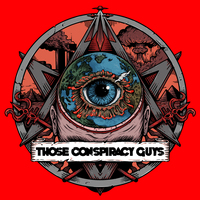 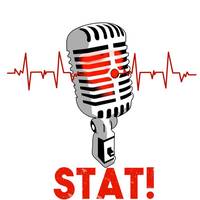 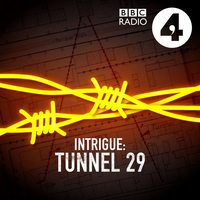 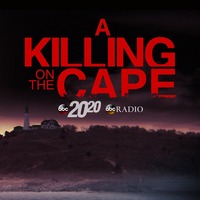 A Killing On the Cape
ABC News