Todd Kohlepp is a serial killer from South Carolina, active between 2003 and 2016. He is known for shooting seven people and holding a woman captive in a shipping container on his property for months.... all while leaving chilling Amazon reviews about his weapons online. Then we cover the murder of Lauren McCluskey. In October 2018, the 21-year-old student was found dead in the parking lot of the University of Utah campus. Lauren's ex-boyfriend, Melvin Rowland, had stalked her and taken her life. While the police quickly solved the murder case, gross misconduct in how the detectives treated Lauren in the days leading up to her death came to light... resulting in more heartbreak for her family.Sources:

When a prank caller claiming to be a police officer called the Mount Washington, Kentucky McDonalds, the staff immediately took the call seriously. But before long, 18-year-old Louise Ogborn was sexually assaulted in the back office for two and a half hours while her fellow employees and managers watched. How could a simple phonecall lead to something so terrible? Then we dive into the case of the Long Island Lolita. Nearly three decades ago, then 17-year-old Amy Fisher—dubbed “Long Island Lolita” by the media —shot Mary Jo Buttafuoco on her front porch following an affair with her husband, Joey Buttafuoco.Sources:

Support the show
May 12, 2022
The disappearance of Zebb Quinn and the survival of Thadius Phillips from the Bone Breaker
00:28:26

Zebb Wayne Quinn was just 18 years old when he disappeared after finishing his shift at Walmart. His car was discovered several days later in a restaurant parking lot under unusual circumstances: its headlights had been left on, a live puppy had been left inside and a drawing of a pair of lips had been scrawled in pink lipstick on the back window. Then we cover the case of 12-year-old Thadius Phillips who was tortured by 17-year-old Joseph "Joe" Clark. Kidnapped and trapped in a dirty house, Joe would break Thad's bones over and over again because he enjoyed the sound of bones breaking.Sources:

Jennifer Pan, the daughter of Vietnamese immigrants to Canada Bich Ha Pan and Huei Hann Pan, almost, almost planned the perfect murder. With the help of her drug-dealing boyfriend, Pan meticulously planned the execution of her parents. The plan was to make it look like a robbery turned awry, but something unexpected happened...Sources:

Meghan Verikas fell in love with Texas doctor Leon Jacob in 2014 and the two quickly moved in together. When the relationship turned violent, Meghan broke free from Leon and pressed charges. Leon refused to let the matter be taken to court - and sought the help of a local hitman to silence Meghan.Sources:Dateline: Twisted in Texashttps://heavy.com/entertainment/2020/07/meghan-verikas-now-update-speaks/https://www.newsweek.com/dateline-leon-jacob-meghan-verikas-what-happened-905154

Support the show (https://www.buymeacoffee.com/badsign)
Mar 31, 2022
Black Dahlia and the the Chowchilla Bus Kidnapping
00:38:03

Elizabeth Short, aka the "Black Dahlia," was just 22 years old when she was brutally murdered in Los Angeles on January 15, 1947. Not only was it a horrific crime, but it’s also proven notoriously difficult to solve. We dive into all the interesting facts most people don't know and discuss who the prime suspect is. Then we cover the case of the Chowchilla bus kidnapping.  26 children and their bus driver were taken more than 45 years ago: they were placed into a moving truck and buried alive in a quarry 100 miles away.

In September of 1984, at least 751 people got violently sick in The Dalles, Oregon. At first, no one in the town could figure out why. Those sickened had all eaten at ten different restaurants in the area, but local health officials couldn’t find a common food that may have caused their illness. A year later, the public learned the sinister reason the town fell ill. Then we dive into the case of April and Michael Holton. Less than 15 minutes after a deputy left the home of the former mayor, gunshots went off, killing both Michael and his estranged wife, April, in 2016. At first, the scene looks like a murder-suicide. But when facts don't start lining up, the police focus the investigation on an unlikely suspect.Sources:

Support the show (https://www.buymeacoffee.com/badsign)
Mar 10, 2022
Murder of Diane Kyne and the mysterious disappearance of Leigh Occhi
00:35:06

Diane Kyne died in her Seminole, Florida home, one August afternoon surrounded by two of the men that had been closest to her. One killed the nail salon owner. The other witnessed the murder. But both men—her adult son and husband—quickly pointed the finger at the other, leaving investigators baffled about who had really taken her life. Then we cover the story of missing teen Leigh Occhi. She disappeared from her home during Hurricane Andrew, leaving behind a bloody trail. A quarter-century later, people still want to know what happened to Leigh Occhi. Is she alive? Is she dead? Will anyone ever be charged?

19-year-old Kara Nichols went missing October 9, 2012 after telling friends she was going to a modeling shoot. Soon enough the police learn Kara was an escort and the investigation has a prime suspect in her disappearance. Unfortunately, the case turned cold... until February of 2022 when Joel Hollendorfer was finally arrested. Then we cover the deadly love triangle of young Joy Risker with married couple Sheila and Sean Goff. Joy was a teenager when she met charismatic youth pastor Sean. He convinced her to move in which soon turned into a polygamous marriage. After a few rocky years, Joy seemingly disappears into thin air.Sources:

Support the show (https://www.buymeacoffee.com/badsign)
Feb 24, 2022
Murder of Elizabeth Reiser and Brandi Hicks' survival, and the case of Candy Mossler
00:31:42

Brandi Hicks, 18, faced the unthinkable when she was forced to 'play dead' to escape the grips of a crazed killer (Matthew Vaca) who had just murdered her best friend, Elizabeth Reiser. Then we cover “the trial of the century” when a Houston socialite, Candy Mossler, was accused of plotting her husband's murder—and of having an affair with her own nephew.Sources: 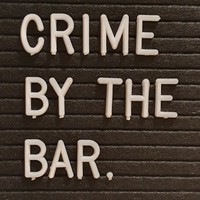 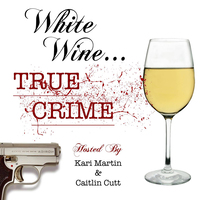 Martinis and the Macabre
murder.ly 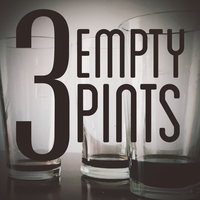 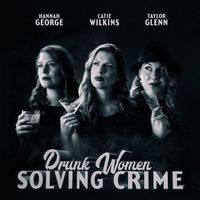 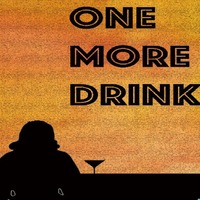