Soccer Comic Rant #317 Manchester United & Inter Milan advance to the quarter finals of the Europa League tournament, will Sevilla, Wolves, Shakhtar Donetsk or Basel be next? The competitions is tight and it's gonna be a great tournament with some quality teams. The Champions League trophy is up for grabs and Bayern looks like they'll get their name on it next. And I defend Willian like he's my girlfriend from Neil's verbal attacks.

Soccer Comic Rant #316 @Jimmy Conrad joins us to talk about the last week of the Premier League season. Man Utd qualify for a Champions League spot. Ole's at the wheel. Liverpool gets to 99 points. Leicester City run out of steam and slide into the Europa League. Villa survive some how and will not be playing in the Championship. Bournemouth, Watford and Norwich get deported. Who's going to win next season? What does Man City, Utd, Chelsea and other contenders have to do to catch up with Liverpool? Etc!!!

Soccer Comic Rant #315 Who cares About Man Utd's FA Cup Loss And The Rest Of Game Week 37!! Arsenal beats Man City and gets into the FA Cup Final. Why I rooted for Spurs this weekend. Thanks for your 3 points. It's not looking good Bournemouth, Villa, Watford. Wolves clawing their way into Europe. Crystal Palace has lost 7 games in a row. BHA are finally safe! Etc!

Soccer Comic Rant #314 Man Utd Didn't lose but it sure feels like it. The Southampton press worked. Chelsea, and Leicester City lose and Man Utd don't' capitalize. Four of the bottom five win. Norwich is definitely going down. Their next game is an audition for it's players. Aston Villa wins. Christian Benteke is basically done for the season. Leicester loses Sounkyo for at least 3 games. And the rest of game week 35!!!!!

Soccer Comic Rant #313 Man Utd 5 Bournemouth 2. The red devils are putting teams through hell. Mason Greenwood got goals in him and can serve you with any foot. Arteta is into kids, but the right way. His band of boys jump all over Wolves and shut them down for a 2-0 win. Where would Chelsea be without William? Spurs get an ugly ass win against Everton. Who's gonna end up in the top 5? The race may go down to the last game of the season. And we talk West Ham, Villa, Watford and relegation drama!!!!!!!!

Soccer Comic Rant #312 Manchester United 2-1 FA cup result is the worst win in the clubs history. Chelsea beats Man City and makes Liverpool Premier League Champions. Congratulations Liverpool FC. What does Klopp have other coaches don't besides the best team? If you're a Liverpool fan whose your captain, Henderson or Gerrard? And why is Martin wearing a tank top?

White Lives Matter banner flies above Burnley vs Man City game. Man United vs Tottenham. De Gea messes up again. Keane goes off on Manchester United keeper. Sheffield United goes down a man then gives up three goals. New Castle gets 3 points. Liverpool draws the Merseyside Derby and have to wait to win the title. Is Phil Foden gonna solve Man City's David Silva problem? Arsenal out here giving away points. Chelsea does not help Aston Villa stay out the bottom 3. And Adama Traoré is a game changer... etc.....

Soccer Comic Rant #310 The Premier League returns and I couldn't be more excited. It's been like 10 weeks so I'm down. Aston Villa vs Sheffield United, Manchester United vs Tottenham and more. We talked about the NBA returning, and baseball even though we don't know much about it. Bayern are champions of Bundesliga for the 8th time in a row.

This podcast is normally about soccer but today we had to talk about George Floyd, unity, love, and what's going on in the world. 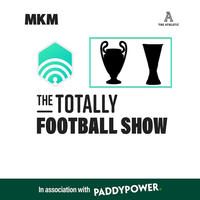 Jim Breuer's The Metal In Me
The Jim Breuer Podcast 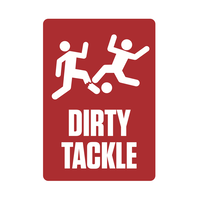 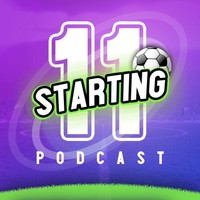 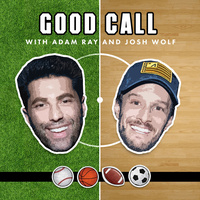