Dallas based comedians and friends, Christie Wallace and Heather McKinney, focus on a different true crime, cult, or creepy topic each week "and chat all things sinister in this funny and well-researched podcast." (Marie Claire, 2020)

Hey everyone, we’re taking this week off. Since it's January 13, we're re-releasing one of our absolute favorite episodes - the infamous episode 13. This episode covers the unexplained disappearance of cave diver Ben McDaniel and his family's search for answers. But, is that all it covers?

It also includes one of the most infamous Sinisterhood stories of all time. After taking a walk down memory lane, you can head over to our Patreon for some bonus content like our minisodes, mixed bags, and Wheel segments where we spin an actual game show wheel to determine what we're going to talk about! We have lots of fun, new weekly content while we're on break so check it out!

Thanks so much and keep it creepy.

_Sunny Florida. Sand. Surf. Scuba Diving. It sounds like a paradise, but down below the clear waters of Vortex Spring lies a cave so deadly it's kept under lock and key. A diver goes missing. Is he just another tragic case of accidental death or is something more sinister to blame. _

Everyone’s heard of Ghislaine Maxwell, Jeffery Epstein’s alleged partner in crime. But there’s a shadowy figure who hangs above her who you likely don’t know: her father, media tycoon Robert Maxwell.

His rise from nothing, to his success as a businessman, to his fall from the deck of his super yacht under mysterious circumstances, is something straight out of a crime novel. And his favorite daughter Ghislaine’s theory?: her father was murdered.

From Somethin’ Else, makers of ‘The Immaculate Deception’ and ‘Faultline: Bush, Blair & Iraq’, hosted by Investigative journalist Tara Palmeri, ‘Power: The Maxwells’ is a seven part series on the incredible true story of a media mogul whose legacy is still being felt today and the family saga of Ghislaine, a millionaire daddy’s girl who became an accused sex trafficker and her brother, Kevin, who became Britain’s biggest personal bankrupt.

'Power: The Maxwells’ tells the story of a family like no other - a rags to riches to rags again tale of power and greed. New episodes drop every Tuesday wherever you get your podcasts. We know we'll be listening and we hope you will, too.

A suburban wife and mom turned to the internet to make a little cash with a side hustle. But when she ended up dead outside her home, the media swarmed and focused on her adult-themed business. To catch her killer, police looked no further than her own husband as the culprit. Was this a tragic accident as her husband claimed, or was the answer something more sinister?

Hey everybody! This week we are bringing you one of our Wheel episodes. We recorded it just for you, but normally it is only available to our Patreon subscribers. We take your suggestions, add them to an actual game show wheel, and spin it to see what we are discussing that episode!

We hope you enjoy this special episode. If you do, subscribe to our Patreon for weekly editions, including one that was just released yesterday. We also have tons of perks like monthly bonus minisodes, our Discord server, live Q&As, a special Patreon Facebook group, and a sinisterhood sticker.

For details on membership tiers and to join, head to sinisterhood.com and click Patreon on the top banner!

You better watch out, you better not cry, you better hold your hands up high because Santa has a gun and is robbing the place. In 1927, a Texas town was shaken up at Christmas when St. Nick and friends pulled a heist on the local bank. A manhunt ensued, and the local citizens ensured some form of justice was finally served, no matter the cost.

A young med student with his life ahead of him vanished after a night out with friends. For over a decade, his family searched and held on to hope even without any real leads. Did he simply leave to start a new life? Did he die in an accident or by suicide? Or was something more sinister at play?

Footprints in the woods. Shaky film footage. Hundreds of reported encounters. This cryptid has roamed the forests of the Pacific Northwest for decades. Even with new evidence, scientific explanations, and reports from the FBI to the contrary, those who believe in his existence are absolutely convinced he is real. Does this beast truly walk among us, or is it just a tall and hairy tale?

Hey everyone, we’re taking the week off. We’ll be back next week with a brand new episode. This week, we're re-releasing our episode on the only unsolved American sky jacking case in history, D. B. Cooper.

In the meantime, you can head over to our Patreon for some bonus content like our minisodes, including a recent update on the #FreeBritney movement.

We also added an all new segment, THE WHEEL, where we spin an actual game show wheel and discuss topics chosen by you.

Thanks so much and keep it creepy!

The late 1960s were a golden age of air travel - spacious legroom, glamorous flight attendants, delicious meals on every flight... and a rash of violent hijackings. Some were politically motivated, while others were fueled by greed. The most famous and mysterious hijacker of all took control of a 727 with nothing more than a black briefcase, a handwritten note, and a pair of sunglasses. He got his money, and his parachutes, then disappeared into the night, never to be heard from again. Did he die in the Washington wilderness? Or did he manage to make an escape with his bag of cash?

Thanksgiving is a holiday for people to gather with family and friends. But for two men, it was the last day of their lives. After catching the perpetrators red handed, police were sure they had a guaranteed conviction. But loophole after loophole ensured the killers were acquitted. Finally, a federal judge found a loophole of his own and managed to put the criminals behind bars for something other than murder.

With one victim on the run for his life, the men from the Sun Gym had their eye on new targets to fund their lifestyle. They found an extremely wealthy and generous man, his devoted and loving girlfriend, and their incredible yellow Lamborghini. But even with the best of plans, once again the gang made mistake after mistake, this time with deadly consequences. 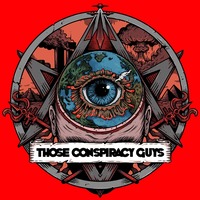 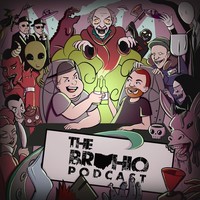 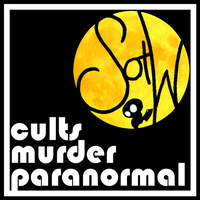 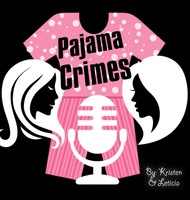 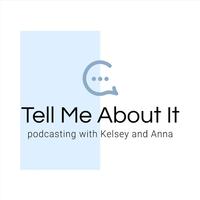