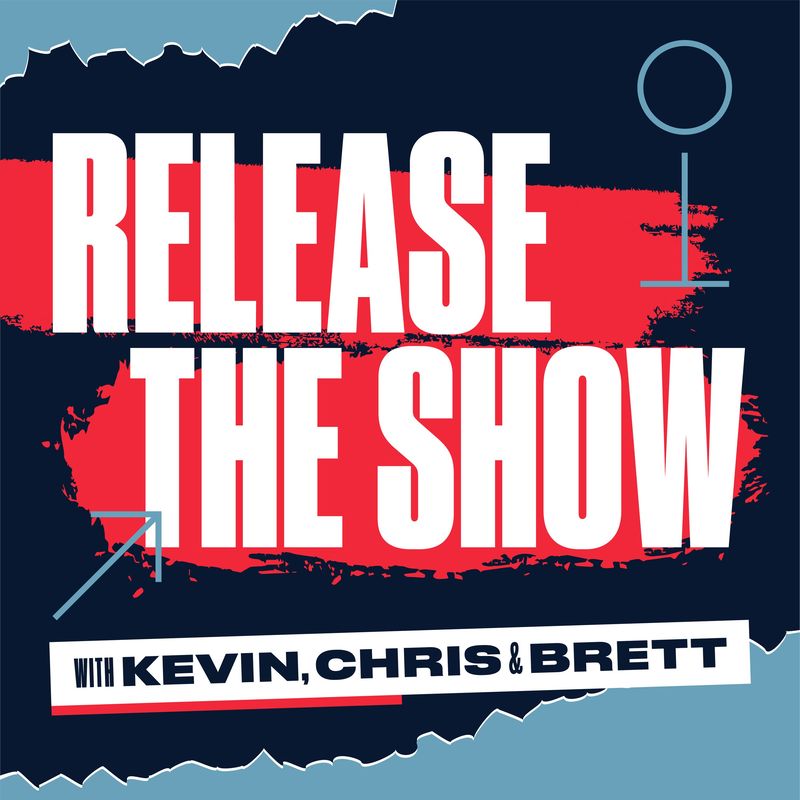 Check out the premiere podcast for the NHL's newest franchise! Tune in as Brett Davern, Kevin Campbell, and Chris Labrum update you on the Seattle Kraken, the NHL's 32nd team and final expansion franchise.

:55 - Nick “Gismo” Gismondi joins RTS and wastes no time, making himself comfortable with a glass of whiskey in hand, Kraken swag on, and stories to share! His good buddy Anze Kopitar, Major League (the movie), and his early playing days make the cut, before he…RELEASES THE SHOW!

6:20 - Nick is back. After the theme song, that is. And so are the $25 dollar hoodies from our sponsor Simply Seattle! Cop yours and use promo code RTS10. Oh, and follow us on all social media platforms...just not TikTok—no one, not even Nick, knows how to use it. However, Nick’s 13-year old nephew is a pro, so maybe we can get him on retainer, as a TikTok consultant?

8:30 - The guys ask Nick about the Kraken’s first win in 10 games. What happened? Was it because Chris was in attendance? Why did they finally win? Nick taps into his extensive hockey expertise and determines…it’s because the team got a puppy!  Well…AND for some other hockey reasons, as well ;)

11:40 - Kevin encourages Nick to lace them up and get Coach Hak to “put him in, Coach!” But the modest Gismo defers to fellow broadcaster, JT Brown, as the one who’s truly ready for action. Perhaps the RTS crew should lace ‘em up and join both Nick and JT for a little "media vs Kraken" scrimmage? Ok, who’s checking the Big Rig, first?!

13:30 - Nick enters the RTS “high danger zone” (cue the music, Brett) and fields the fellas’ questions with skill and grace, adeptly addressing the team’s struggles, the coaching, the systems, and the need for galvanizing moments. Listening to Gismo talk Kraken hockey...might just “Take Your Breath Away.”

20:45 - The guys have their own answers for the Kraken’s problems, though — it’s ALL in the nicknames! RTS has the proven power to elevate a player's game with a simple nickname: Dan, Salmon McCannon, The Skoi Wonder (just to name a few). Dan’s an all-star and The Skoi Wonder put one past a Hall of Famer to win the game in OT. Gismo agrees and is gonna shout it from the rooftops! Or, at least, on TV. RIght, Nick?!

26:03 - With the trade deadline looming in a month, Chris wants to know where Nick thinks the team should go from here — do they buy or sell at the trade deadline? Big moves? Small moves? What’s the plan for the rest of the season? Nick doesn't love these questions…but he indulges anyway…because he's a professional. And we put him on the spot. As professionals.

27:50 - The show crescendos at the perfect time, as Nick gives a passionate speech that pumps up the show and gets us hyped about the journey we're all on with the Kraken. We're ready to run through a wall, y'all! Or, at least, the glass at Climate Pledge, if you’re Chris without a ticket. Gismo loves this fanbase and coaches us up to stick with the team through the ups and downs. He feels so lucky to broadcast for our Kraken, and we're so damn lucky to have him in Seattle.

This time on the show the guys talk about the current state of the podcast, where the podcast is headed in the future, and does anyone actually watch the Super Bowl for the game?

Before officially recording the BIG show, the guys sat around and chatted about this week's upcoming games - bonus laughter from producer Katie.

00:30 - It’s 2022. A New Year. A new you? A new me? A new us? Well, the guys dive in and share their resolutions (or lack thereof), so find out if Brett is going to start mailing it in? If anyone has any plans to hit the gym in the new year? And if can Chris FINALLY Release The Showwwwww?! So many questions. Only one ‘play’ episode button…

6:50 - KHT1 - “Extra! Extra! Coach Hak fired! Extra! Extra!” Should that be the headline? Or is that utterly ridiculous?? Well, perhaps Ron Francis really DOES listen to the show, because he came out recently in an ESPN article and backed his head coach and goaltender…you agree? The fellas discuss.

10:51 - KHT2 - Can RTS turn around the season with hockey nicknames, like they did for Dan? We've come up with some great ones on the show already, but Ryan Donato and Joonas Donskoi started a “Kraken Jokes with Donnie and Donny" show. Donnie & Donny?? C’mon guys!  Maybe we can step up our nickname game in response? Can Jared McCann become the Salmon Cannon?? Even better, is Joonas Donskoi actually The Skoi Wonder?!

17:38 - KHT3 - If there’s ONE thing that we, here at RTS, know for sure…it’s that Seattle Kraken fans are the best! Need proof? We know you don’t, but we’ll give it anyway. Look no further than the viral story about a Kraken fan, who likely saved a Canucks Asst. Equipment Manager’s life, by banging on the glass and letting him know that he had a cancerous mole on his neck. Holy mole-y, that’s a feel-good story!

What should we do about coach Hack? Plus, Brett reads your emails word-for-word.

Brought to you by Simply Seattle. Use Promo code RTS10 for 10% off your purchases storewide.

00:00 - Kraken In-Arena Host, Angelica Salem hangs out with the fellas…likely regrets it, the guys start asking for favors and proposing their usual ideas. Brilliant, I say…brilliant.

7:00 - The RTS and Angelica Salem connection is explored, and who would have thunk it…Kraken Twitter and good friend of the show, Ryan, have their fingerprints all over it.

8:40 - Angelica weathers the RTS storm like a pro and…RELEASES THE SHOW!!!

9:33 - Of course, an intro interruption and a giveaway. Cue: Brett and our Simply Seattle giveaway! Listen to find out how it all goes down and how you can contribute and win.

10:53 - Kraken hockey is back after COVID, and the guys are pumped to watch games again!  But oh wait—GUT PUNCH!!—fan favorite Brandon Tanev is out for the season :( And after having a career-season, so far. Needless to say, it’s quite a bittersweet return to the action.

13:10 - That leads to a question: can the Kraken replace what “Turbo” brought to the team, on and off the field? Such a simple, tough question. Answer??

16:38 - What’s done is done. Can’t change the past. However, you can look to the future! So, the fellas dive into their New Year’s Resolutions — both personal and for the Kraken.  Have a Happy New Year, y’all!

Family Meeting! Brought to you by Simply Seattle - go to simplyseattle.com for a $5 Seattle Freeze T-Shirt -- proceeds benefit local shelters. RTS is excited to welcome Kraken In-Arena Host, Angelica Salem, who has a fun conversation with our very own In-Game Host, Chris. Just two In-Game/Arena/Stadium Hosts talking shop! Topics range from Angelica’s crazy cool kicks with pouches...to her growing up on the East Coast and being a musical theater nerd...to singing the National Anthem for the Islanders and ultimately landing the In-Arena Host gig for the Kraken...to crowd energy and her favorite Kraken player. HINT: RTS very much approves. There’s much, much more in between, including a brief spat between Brett and 7-11…so hit play, enjoy, and get to know the super-talented, Angelica Salem!

00:00 - It’s the holidays, so the whole RTS Family is in the house, INCLUDING the Kraken! Well, sort of…they were playing the Sharks at the time of our taping, so the crew reacts in real-time to the game play and to a much-needed Kraken victory! Oh, and to Driedger’s crazy attempt to score an own-goal from behind the net? Huh?!

2:00 - You’re the GOAT! No, YOU’RE the GOAT!! NO, YOU’RRRRRE THE GOAT!!!!  Wait…what’s a GOAT? Who’s the GOAT? Am I, and everyone else, overusing the term GOAT and its iconic emoji?? Not sure we have the answers, but we certainly have the discussion. You’re the GOAT, if you listen.

3:50 - The man, the myth, the legend, the GOAT?  Intern Brian is front and center to Release the Show! But first, things get a little awkward with Kevin and Brian, and they gotta work through it to get to a fun chat all about Intern Brian: reacting to Kraken nation on Twitter, comparing our beloved Kraken to hockey in Canada, and of course, waiting for MONTHS to Release the Show!!! (Don’t embarrass the family, now, Intern Brian ;)

8:48 - Hot for Teacher Kevin kicks off our holiday show but doesn’t get far until Brett chimes in with talk of the most “popular” John Denver holiday song. Everybody knows this one!  Mama Got Ran Over By A Reindeer, right?! No. Frosty the Snowman?! No. A Holly Jolly Christmas??! NO. Hmmm…are we sure it’s a popular one? You tell us!

13:10 - The time comes for the family to go round the table and share what they want Santa to bring them for Krakmas! First up:  Friend of the Show Ryan tells us what he wants Santa to bring him for Krakmas. We bet you’d want it, too.

14:00 - Next up: Producer Katie jumps into the action with what SHE wants from Santa for Krakmas! Can you guess what it is? Could be anything, right? Yeah, we didn’t say it was an easy question…geez.

15:00 - Not to be outdone (albeit, not a competition), Kevin jumps in with what he’s hoping for from Santa. Disclaimer: reality was not kept in mind.

17:30 - Hopefully not a trebuchet, as well (because that would be weird), Chris shares what he wants from jolly old Saint Nick! Hint: he’s the only one without it!

20:38 - Our Krakmas roundtable comes to a rousing close with what “the GOAT” wants. That’s right - Intern Brian makes a BIG ask for Santa. And we’ll just say this:  fan favorite Turbo Tanev is involved…hmmmm….

23:39 - Oh wait! Brett is back with potentially another wish for Santa…or is it simply a hobby to share? Eh…it’s tough to tell the difference, when buying private islands. Amiright?

With no hockey games on, Brett dips back into the inbox and reads a email from a genius level listener!

00:23 - Close friend of the show, Ryan (nickname TBD) joins the fellas to talk about Kraken hockey, his own personal hockey history, and all of the amazing work he’s been doing on behalf of RTS. The guy is a wizard! Oh, and of course…he Releases the Showwwwwwww!!!

8:40 - It’s going down this Sunday Dec 19th! Brett gives the rundown of our fundraising event at the Queen Anne Beer Hall to benefit Food Lifeline. It’s, ummm, kind of a big deal. You should come. Ok, cool, see you there.

11:22 - KHT#1:  Sigh. Back in last place. We had a good run, everybody…good run. Is it over? Or no? Is it coaching? Or no? So many questions on this rollercoaster of a team! Do we have the answers?  I don’t know. I just write the write ups. Listen and find out!

28:22 - KHT#3:  The guys went for the first ever RTS Prediction Hat Trick of the season last week. And failed. Miserably. But it’s not how you fall; it’s how you get back up!  (Thanks, Dad!) How will they rebound this week? Well, only the play on the ice will tell, but let’s just say…they were NOT aligned this week. 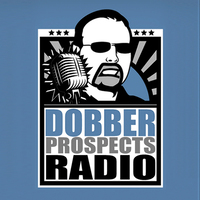 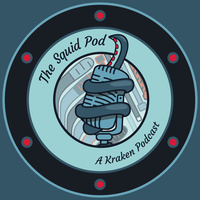 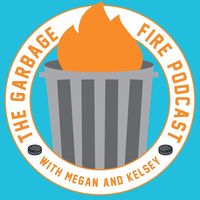 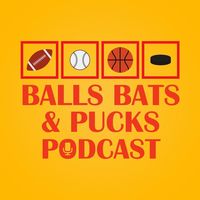