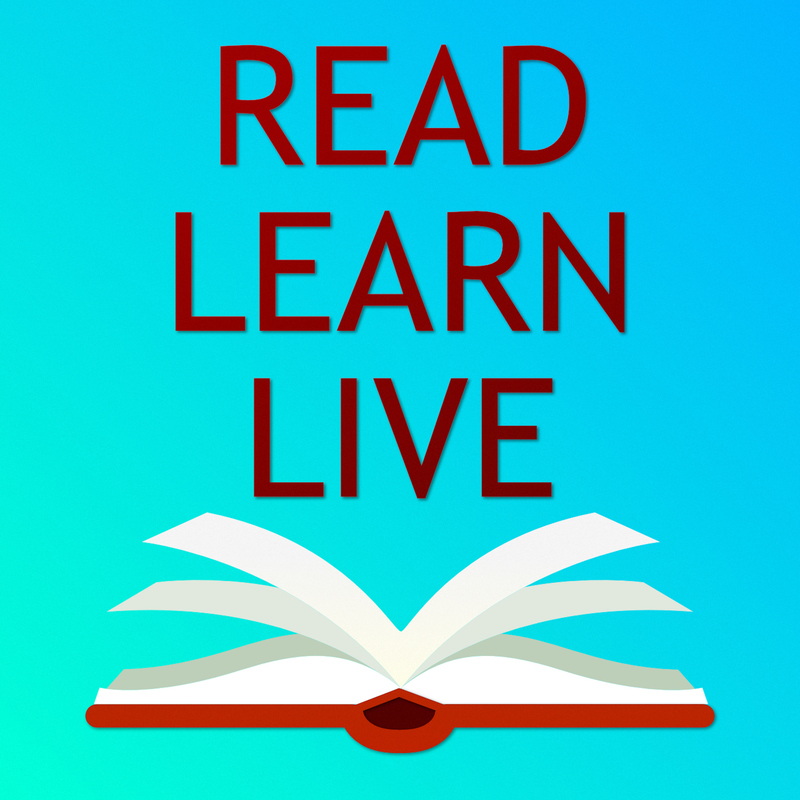 Read Learn Live Podcast - Improve Yourself Through Literature
Read Learn Live is your book club discussion taken to the next level. Join host Jon Menaster as he takes a deep dive with an author and a book they've written to learn about their writing process, the how and the why of the book itself, and learn some lessons about life along the way. Jon speaks with fiction and non-fiction authors of all book genres. Learn about your world from a new perspective. Find new books to read. Fall in love with literature again.

From the Wall Street Journal’s national baseball writer, the captivating story of the home run boom, following a group of players who rose from obscurity to stardom and the rogue swing coaches who helped them usher the game into a new age.

Swing Kings is both a rollicking history of baseball’s recent past and a deeply reported, character-driven account of a battle between opponents as old as time: old and new, change and stasis, the establishment and those who break from it. Jared Diamond has written a masterful chronicle of America’s pastime at the crossroads.

JARED DIAMOND has been the national baseball writer for the Wall Street Journal since 2017. Prior to that, he spent a season as the Journal’s Yankees beat writer and three seasons as their Mets beat writer. In his current role, he leads the newspaper’s baseball coverage. This is his first book.

If every disabled character is mocked and mistreated, how does the Beast ever imagine a happily-ever-after? Amanda Leduc looks at fairy tales from the Brothers Grimm to Disney, showing us how they influence our expectations and behaviour and linking the quest for disability rights to new kinds of stories that celebrate difference.

Amanda Leduc is a disabled writer and author of the non-fiction book DISFIGURED: ON FAIRY TALES, DISABILITY, AND MAKING SPACE (Coach House Books, 2020) and the novel THE MIRACLES OF ORDINARY MEN (2013, ECW Press). Her next novel, THE CENTAUR’S WIFE, is forthcoming from Random House Canada in the spring of 2021. She has cerebral palsy and lives in Hamilton, Ontario, Canada, where she works as the Communications Coordinator for the Festival of Literary Diversity (FOLD), Canada’s first festival for diverse authors and stories.

When a twelve year-old girl wants to play baseball with the boys, she’s lucky to have the help of Jimmy Parks, a former Major Leaguer and someone with the power to change her life forever.

Escaping to the empty baseball fields across the street from the military housing in which she lives, Billie is content to throw a ball against the wall, pitching imaginary games with no one around—until she meets Jimmy Parks, the man who maintains the fields.

Not only does the long-retired Major Leaguer teach Billie and her new friends how to play baseball the right way, he and the other older coaches also teach the team about life in this story of breaking barriers, and breaking through to do what you were always meant to do.

Lee Silber is an author who started self-publishing his books (with success!) in the 1990s, he then signed with Random House for four books, followed by St Martin’s Press, Career Press, and others to release a total of 20 books. Then, he went back to putting out his own books (winning several awards) including his latest title, “Jimmy and the Kid“.

“The Amateurs” is a speculative novel of rapture and romance in the vein of Margaret Atwood’s The Year of the Flood and Tom Perotta’s The Leftovers. In the near future, the world’s largest tech company unveils the “Port”, a personal time travel device. It becomes a phenomenon. But soon it is clear that those who pass through its portal won’t be coming back–either unwilling to return or, more ominously, unable to do so.

After a few short years, the population plummets. A small group of the one percent still remain in the present, having been left trying to rebuild a very lonely and dwindling world.

Liz Harmer is a Canadian writer living in Southern California with her many pets, three children, and philosopher husband. Her stories, essays, and poems have appeared or are forthcoming in the Walrus, Image Journal, the Globe and Mail, The Malahat Review, Lit Hub, and elsewhere. In 2014 she won gold in Personal Journalism at the National Magazine awards, after being awarded the Constance Rooke Award for Creative Nonfiction. In 2018 she was a finalist for the Journey Prize as well as appearing in Best Canadian Stories. Her debut novel, The Amateurs, released in 2018 with Knopf Canada, was a finalist for the Amazon Canada First Novel Award.

Find Liz on Social Media and the Web:

A meditation on world invention and collapse, A Flag of No Nation traces the stories of Turkish Jews in the 20th century, blind colonists in a white ocean, and performers enacting new rituals around a nationless flag. Through forms of storytelling that range from allegory to oral history, Tom Haviv investigates the history of Israel/Palestine and the mythologies of nationalism. A warning against imperfect dreams, and invitation to imagine something new, A Flag of No Nation reminds us how the act of remembrance can help us re-envision the future.

Tom Haviv is a writer, multimedia artist, and organizer based in Brooklyn and born in Israel. His debut poetry collection, A Flag of No Nation, is being published by Jewish Currents Press in the fall of 2019. His first children’s book, Woven, was published in the fall of 2018 by Ayin Press. He is also is the founder of the Hamsa Flag project, an international performance project designed to create conversation about the future of Israel/Palestine, Sephardi/Mizrahi culture, and Jewish/Muslim solidarity. He works with NYC-based community organization JFREJ (Jews for Racial and Economic Justice) where he is an active member of their Sephardi/Mizrahi Caucus.

The post A Flag of No Nation – Ep 71 with Tom Haviv appeared first on Read Learn Live Podcast.

lost-book-of-adana-moreau.html">The Lost Book of Adana Moreau is the mesmerizing story of a Latin American science fiction writer and the lives her lost manuscript unites decades later in post-Katrina New Orleans.

In 1929 in New Orleans, a Dominican immigrant named Adana Moreau writes a science fiction novel. The novel earns rave reviews, and Adana begins a sequel. Then she falls gravely ill. Just before she dies, she destroys the only copy of the manuscript.

Decades later in Chicago, Saul Drower is cleaning out his dead grandfather’s home when he discovers a mysterious manuscript written by none other than Adana Moreau. With the help of his friend Javier, Saul tracks down an address for Adana’s son in New Orleans, but as Hurricane Katrina strikes they must head to the storm-ravaged city for answers.

What results is a brilliantly layered masterpiece an ode to home, storytelling and the possibility of parallel worlds.

Michael Zapata is the author of The Lost Book of Adana Moreau. He is a founding editor of the award-winning MAKE Literary Magazine. He’s also the recipient of an Illinois Arts Council Award for Fiction; the City of Chicago DCASE Individual Artist Program award; and a Pushcart Nomination. As an educator, he taught literature and writing in high schools servicing dropout students. He is a graduate of the University of Iowa and has lived in New Orleans, Italy, and Ecuador. He currently lives in Chicago with his family.

You can find Michael the following ways:

Even That Wildest Hope bursts with vibrant, otherworldly characters—wax girls and gods-among-men, artists on opposite sides of a war, aimless plutocrats and anarchist urchins—who are sometimes wondrous, often grotesque, and always driven by passions and yearnings common to us all. Each story is an untamed territory unto itself: where characters are both victims and predators, the settings are antique and futuristic, and where our intimacies—with friends, lovers, enemies, and even our food—reveal a deeply human desire for beauty and abjection.

Seyward Goodhand’s work has been shortlisted for the Writers’ Trust/McClelland & Stewart Journey Prize and a National Magazine Award. Her first collection of stories, Even That Wildest Hope, is now out with Invisible Publishing.

Always Blue is a work of literary science fiction that explores how our day-to-day struggles and inconveniences—irritating colleagues, entitled students, aloof administrators, uninspired lunch choices—can make it impossible to see the real threats to our world.

John Dermot Woods writes stories and draws comics in Brooklyn, NY. His books include the novel, The Baltimore Atrocities, published by Coffee House Press, and a collection of comics with the title Activities (published by Publishing Genius Press). He recently published a science fiction chapbook, Always Blue, as part of Radix Media’s FUTURES series. He is a founder of the online arts journal Action, Yes and a professor of English and Creative Writing at SUNY Nassau Community College.

You may win $1,000,000. You will judge a man of murder.An eccentric scientist tells you he can read your mind and offers to prove it in a high-stakes wager. A respected college professor exacts impassioned, heat-of-the-moment revenge on his wife’s killer—a week after her death—and you’re on the jury. Take a Turing test with a twist, discover how your future choices might influence the past, and try your luck at Three Card Monte. And while you weigh chance, superstition, destiny, intuition and logic in making your decisions, ask yourself: are you responsible for your actions at all? Choose wisely—if you can.

Greg Hickey is a former international professional baseball player and current forensic scientist, endurance athlete, author and screenwriter. His debut novel, Our Dried Voices, was a finalist for Foreword Reviews’ INDIES Science Fiction Book of the Year Award. His latest novel, The Friar’s Lantern, is a grown-up take on interactive fiction. He lives in Chicago with his wife, Lindsay.

For 337 days, award-winning wildlife cameraman Lindsay McCrae intimately followed 11,000 emperor penguins amid the singular beauty of Antarctica. This is his masterful chronicle of one penguin colony’s astonishing journey of life, death, and rebirth―and of the extraordinary human experience of living amongst them in the planet’s harshest environment.

My Penguin Year recounts McCrae’s remarkable adventure to the end of the Earth. He observed every aspect of a breeding emperor’s life, facing the inevitable sacrifices that came with living his childhood dream, and grappling with the personal obstacles that, being over 15,000km away from the comforts of home, almost proved too much. Out of that experience, he has written an unprecedented portrait of Antarctica’s most extraordinary residents.

Lindsay McCrae is an award winning television wildlife camera operator and photographer. Lindsay’s passion for wildlife began at an early age. Growing up in the rural Lake District in the north of England, Lindsay has been captivated by all aspects of the natural world since he can remember. Lindsay has been filming wildlife professionally for over 10 years and has travelled all over the world filming everything from wolves in deep Alaska, to orangutans in the Indonesian jungle. In 2017 for almost an entire year, Lindsay lived in Antarctica isolated from the rest of the world, documenting the lives of a colony of emperor penguins. 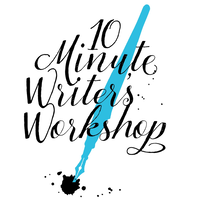 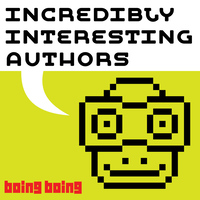 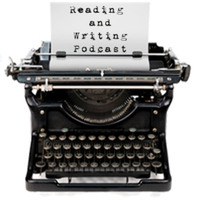 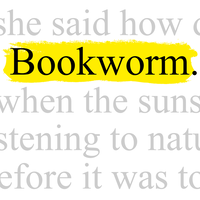 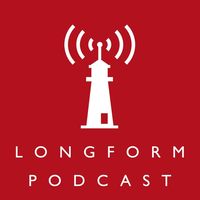