Submit Review
FavoriteShareReportAdd all episodes to Queue
Onto Waveland: A show about the Chicago Cubsactive

Anthony Rizzo is a Yankee. Javier Báez is a Met. Kris Bryant is a Giant. A new era of Cubs baseball has officially begun.

On this episode of Onto Waveland, Brett and Patrick reflect on a trade deadline that set a new course forward for the franchise. They consider how the team arrived at this point, the trade returns for each of their former stars, and how the MLB-ready pieces, such as Nick Madrigal, will fit in 2022 and beyond.

Seeing the breakup of the core of players responsible for the best ever era in Cubs baseball isn't a surprise, given where the franchise stands at the 2021 trade deadline. Watching Anthony Rizzo to be the first to go, however, came as a shock to many, if not most, and drove home just how much change could be on the horizon. Rizzo, the face of the turnaround that eventually broke the most famed championship drought in sports, was sacrosanct to many Cubs fans. Now, he's a Yankee, and it's certain that more players fans have come to love over the last decade or so will follow him out the door.

Brett and Sahadev discuss that reality, the Rizzo trade, what comes next, and what Cubs fans can look forward to over the next few months on this episode of Onto Waveland.

Thrilling end to the Cubs win over the Reds last night. The fun rivalry between the Cubs and the Reds. Entertaining action between Javier Baez and Amir Garrett. Is it time for the Cubs to move on from certain players on the roster?

Brett, Sahadev and Patrick also discuss the trade deadline. How it was logistically necessary for the Cubs to move Andrew Chaffin. The Cubs offense in need of a shake up. And the Cubs maximizing their pitching talent.

When David Ross lifted Kris Bryant in the middle of Monday's series opener with the Cardinals, all of Cubs Twitter immediately went on #HugWatch. Bryant left the game with hamstring fatigue, but the fact remains that the trade deadline will dominate the environment around this team for the next week, especially when it comes to Bryant and Craig Kimbrel.

Brett, Sahadev and Patrick discuss that dynamic on today's episode of Onto Waveland. They also get into how the timing of this year's MLB amateur draft complicated matters for scouting staffs that are also tasked with priming their teams for the trade deadline, particularly for a team like the Cubs that gutted its scouting staff last year.

It's been a long time since there was this little at stake in a Cubs-Cardinals series this late in the season, and it's been noticeable inside Busch Stadium. Brett, Sahadev and Patrick discuss that on this episode of Onto Waveland before moving on to the most pressing Cubs issue of the next 10 days: who gets traded, when does it happen, and what is the return?

Namely, the guys focus on the heart of the Cubs core. Kris Bryant is the most likely to go, but could Anthony Rizzo and/or Javier Báez join him?

The Cubs open the second half as obvious sellers. Yes, we could see some big names leave Chicago over the next two weeks, but that's not all the second half is about for this team. Brett, Sahadev and Patrick kick off the second half of the season on Onto Waveland in a cheery mood, discussing Brennen Davis winning the Futures Game MVP and other highlights from All-Star Week. They also get into the Cubs 2021 draft class.

And yeah, they talk about trades, too.

So...where do we go from here? What's a successful second half look like? How do we look at the Cubs players now that we have to view many of them through the selling lens, at least for the next few weeks? Brett, Sahadev and Patrick get into those questions, and more, on this episode of Onto Waveland. The guys also take a look ahead to this month's MLB Draft.

The fall of the 2021 Cubs came swiftly and with little warning, but there was no missing its arrival. Losers of 10 straight, the Cubs are now in sell mode and facing down the reality that the offensive core that brought the franchise its first World Series in 108 years could finally be broken up.

Brett, Sahadev and Patrick discuss the downfall of the 2021 Cubs on this episode of Onto Waveland.

The Cubs appeared on their way to winning another getaway day and avoiding a sweep, this one at the hands of the Brewers, by staking Jake Arrieta to a 7-0 lead in the first inning. Many hours and 15 unanswered Brewers runs later, the Cubs had arrived at the low point of their season.

The Cubs are six games out of first on July 1. They don't need to start selling now, but what will they have to do between now and the All-Star Break to remain in the hunt and out of the group of sellers? Brett and Sahadev dive in right there on this episode of Onto Waveland.

After starting the trip to Los Angeles with a combined no-hitter, the Cubs dropped three straight to the Dodgers, then lost the series opener to the Brewers in Milwaukee. They're now four games behind the Brewers in the Central, though the remainder of the schedule leading up to the All-Star Break does soften after this trip in Milwaukee.

Still, after a sharp drop in the standings in a short amount of time, it's entirely possible that the Cubs may have fallen onto the sell side of the buy/sell divide. Brett and Sahadev get into that, as well as the likelihood that the Cubs will take their trade decisions down to the wire, on this episode of Onto Waveland. 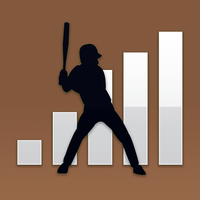 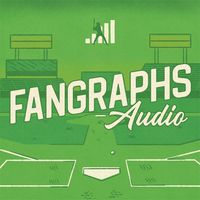 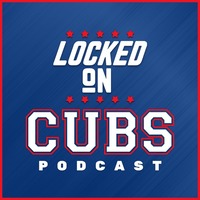 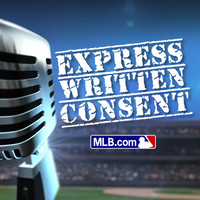