Submit Review
FavoriteShareReportAdd all episodes to Queue
On Our Watchinactive

You know the refrain. With each new scandal involving law enforcement, another horrific video of misconduct, evidence of assault, or act of fatal negligence, police officials tell the public: "We're investigating."

But what really happens inside those internal investigations that promise accountability?

For decades, the process for how police police themselves has been inconsistent, if not opaque. In some states, like California, these proceedings were completely hidden behind a wall of official secrecy. After a new police transparency law unsealed scores of internal affairs files, NPR and KQED reporters set out to examine these cases and the shadow world of police discipline. Hosted by KQED Criminal Justice reporter Sukey Lewis, On Our Watch brings listeners into the rooms where officers are questioned and witnesses are interrogated to find out who this system is really protecting. Is it the officers, or the public they've sworn to serve? New episodes on Thursdays.

Submit Review
10 Available Episodes (10 Total) / Average duration: 00:37:24
Date Duration Most Reviewed Highest Rated
All episodes
10 Available Episodes (10 Total)Average duration: 00:37:24
Oct 01, 2021
Update: Oscar Grant and the Attorney General
00:14:31
Less than six weeks after On Our Watch published an episode examining the shooting and death of Oscar Grant, California's Attorney General Rob Bonta opened an external investigation into the 12-year-old case. In a wide-ranging interview with On Our Watch's Sukey Lewis, Bonta talks about California's systemic issues in policing, his efforts at addressing them and says the Oscar Grant case remains unresolved. We also look at new police reforms promising that cops who commit serious misconduct can be stripped of their badges.
Jul 08, 2021
Under Color of Law
01:06:22
One of the first police shootings to be captured on cell phone, millions saw Bay Area Rapid Transit police Officer Johannes Mehserle fire a single, fatal gunshot into Oscar Grant's back as the 22-year-old lay face down on the train station platform. Now, a lawsuit filed by NPR member station KQED has forced BART to comply with California's 2019 police transparency law, and release never-before-heard tapes from inside that investigation.
Jul 01, 2021
The People's Business
00:02:03
Just a few weeks ago, we received new information about a police shooting that shifted the national conversation around policing — and helped spark a movement. Oscar Grant, a 22-year-old Black man, was killed by transit police on New Year's Day, 2009. Two and a half years after SB1421 passed making these records public, a lawsuit filed by KQED finally forced the agency to release the documents and audio recordings of that investigation. We'll bring you that story in our final episode of On Our Watch next week.
Jun 24, 2021
The Brady Rule
00:39:56
Fellow officers long suspected a veteran detective in Antioch, Calif., was leaking operational police secrets to a drug dealer. For years, the department didn't act on their concerns. Even after the detective was finally fired in 2017, his record remained secret. In episode six of On Our Watch we look at the incentives departments have to investigate dishonest cops and what the secrecy around police misconduct means for criminal defendants who are prosecuted on their testimony.
Jun 17, 2021
Neglect of Duty
00:52:00
An officer is repeatedly disciplined for not turning in his police reports on time. A mom goes to the police asking for help with her missing daughters. In the fifth episode of On Our Watch, we look at what can happen when police don't follow through on reports of victimization, and an accountability process that doesn't want to examine those failures.
Jun 10, 2021
Perceived Threat
00:48:20
A 16-year-old Black kid walks into a gas station in Stockton, Calif. to buy gummy worms for his little sister. When the teen gets in an argument with the clerk over a damaged dollar bill, a white officer in plainclothes decides to intervene — with force. In the fourth episode of On Our Watch, we trace the ripple effects of this incident over the next 10 years in a department trying to address racism and bias. But can the chief's efforts at truth and reconciliation work when the accountability process seems to ignore the truth?
Jun 03, 2021
20-20 Hindsight
00:52:55
After his son is shot and killed by a Richmond, Calif. police officer, a father looking for answers becomes a police transparency advocate. When the files about his son's death are released, they show an accountability system that seems to hang on one question: did the officer fear for their life? And in a rare interview, we hear from the officer who pulled the trigger.
May 27, 2021
Conduct Unbecoming
00:47:07
One officer in Los Angeles used car inspections to hit on women. In the San Francisco Bay Area, another woman says an officer used police resources to harass and stalk her. The California Highway Patrol quietly fired both of them for sexual harassment, but never looked into whether their misconduct was criminal. The second episode of On Our Watch examines the system of accountability for officers who abuse their power for sex and exposes where that system falls short.
May 20, 2021
In Good Faith
00:46:48
In the small Northern California town of Rio Vista, a woman named Katheryn Jenks calls 911 for help. But after the police arrive, she ends up injured and inside a jail cell, facing serious charges. That same day, California Governor Jerry Brown signs a new law, State Senate Bill 1421, that opens up long hidden records of police misconduct, including files that might change the outcome of Jenks' case.
May 11, 2021
Introducing On Our Watch from NPR and KQED
00:04:03
What happens to police officers who use excessive force, tamper with evidence or sexually harass someone? In California, internal affairs investigations were kept secret from the public — until a recent transparency law unsealed thousands of files. On Our Watch is a limited-run podcast from NPR and KQED that brings you into the rooms where officers are interrogated and witnesses are questioned to find out who the system of police accountability really serves, and who it protects. New episodes drop weekly, starting Thursday, May 20.
Oct 01 | 00:14:31
Update: Oscar Grant and the Attorney General
Jul 08 | 01:06:22
Under Color of Law
Jul 01 | 00:02:03
The People's Business
Jun 24 | 00:39:56
The Brady Rule
Jun 17 | 00:52:00
Neglect of Duty
Jun 10 | 00:48:20
Perceived Threat
Jun 03 | 00:52:55
20-20 Hindsight
May 27 | 00:47:07
Conduct Unbecoming
May 20 | 00:46:48
In Good Faith
May 11 | 00:04:03
Introducing On Our Watch from NPR and KQED
This podcast could use a review! 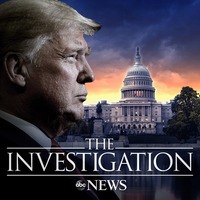 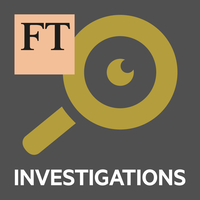 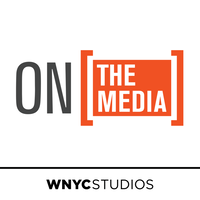 On The Media
WNYC Studios 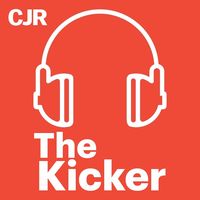 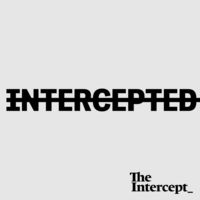