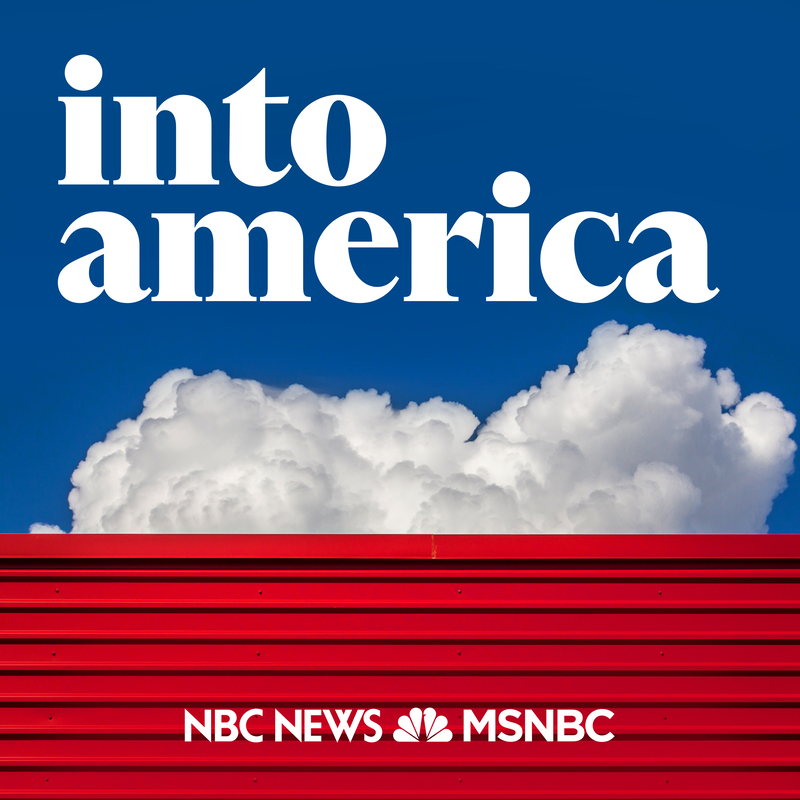 This a show about everyday people, and the power politics and policy have in shaping our lives. As the nation faces a health crisis that is unprecedented in the modern era, host Trymaine Lee helps Americans share their stories. He holds policymakers to account. And he’s joined by a team of NBC News journalists to make sense of this extraordinary moment in American life. This is how America sounds. This is Into America.

Professional sports teams are getting back into the game, against the backdrop of two national crises: the relentless spread of coronavirus, and the national demands for racial justice. For the WNBA, the game plan is two-fold: practicing and playing in “the bubble,” and dedicating the 2020 season to social justice.

The league’s 137 players will spend the next few months living and playing on a sports compound in Florida, with extraordinary medical protocols and protections. Teams are arriving this week at IMG Academy in Bradenton, Florida, where they are scheduled to tip off their season at some point in July, without fans in the stands. And a handful of players have not yet been cleared to join them, after testing positive for the virus.

The league is also responding to the national calls for racial justice in the wake of the deaths of George Floyd and Breonna Taylor, and to the growing number of players who want to raise their voices and use their visibility to work for change. The league has announced that the 2020 season will be dedicated to social justice initiatives, with a special focus on women like Sandra Bland, Breonna Taylor and Vanessa Guillen, who "have been the forgotten victims of police brutality and racial violence.”

Host Trymaine Lee talks with Gabby Williams, power forward for the Chicago Sky. Williams reflects on what it’s like to be isolated at the WNBA compound in Florida and what it means to use her position in the current political moment.

On July 13th, Daniel Lewis Lee is set to be the first prisoner executed by the federal government in 17 years. Executions have decreased on the federal and state level since their height in the 1990s, and for the first time in decades, a majority of Americans support life imprisonment over the death penalty. But Attorney General Bill Barr announced last month that four inmates would be scheduled for execution in rapid succession starting next week.

Host Trymaine Lee speaks with Yale Law professor Miriam Gohara, who spent years representing clients on death row for the NAACP Legal Defense Fund, on the long complicated history of the death penalty in America and how the demands of the movement for Black lives is connected to the fight against capital punishment.

Black trans women have been central to the movement for gay rights and the fight for racial justice since their inceptions. But they have always been sidelined by the very movements they helped create. Black Trans women continue to face high rates of violence, poverty and suicide and are often the victims of misogyny and white supremacy.

Raquel Willis, a Black transgender activist and the director of communications for the Ms. Foundation, a nonprofit fighting for women’s rights, is trying to change that. This month, in the middle of Pride, she stood before a crowd of thousands and said, “Let today be the last day you ever doubt Black trans power.”

Host Trymaine Lee sits down with Raquel to discuss her efforts to prioritize her Black trans women in both the LGBTQ community and the movement for Black lives, and why we all need to do the work of rethinking gender.

In recent weeks, the debate over monuments, street names and other relics of the Confederacy has intensified. A statue of Jefferson Davis was pulled down in Richmond, Virginia. In Louisville, Kentucky, a monument depicting a Confederate officer was removed from the city square. And on Tuesday, Mississippi decided to remove the Confederate symbol from the state flag.

There are those who argue that tearing these statues down erases our history. And others who say they must come down if we hope to create meaningful systemic change.

Caroline Randall Williams is a poet and writer in residence at Vanderbilt University in Nashville, Tennessee. And in a recent New York Times opinion piece she makes a different argument for why these monuments must come down.

Host Trymaine Lee talks with Caroline Randall Williams about the sexual violence that has left a legacy of the Confederacy in her blood, and about why it’s time for the monuments to come down.

The state of Florida is seeing record highs of coronavirus cases as the pandemic stretches into its fifth month. More than 140,000 residents have tested positive for the virus and the state is reversing some of its efforts to reopen the economy.

For weeks, Governor Ron DeSantis resisted statewide closures and social distancing while the rural community of Immokalee raised concerns about the virus and requested more testing and PPE.

Immokalee is home to thousands of migrant farmworkers, some whom are undocumented or on temporary guest worker visas. During the pandemic they’ve been deemed “essential” by the federal government. Now, Immokalee has the highest number of cases of any zip code in the state of Florida.

Host Trymaine Lee talks to the Coalition of Immokalee Workers about their efforts to protect farmworkers in Florida and beyond, as the agricultural season shifts and the nation’s food supply is threatened. Gerardo Reyes Chávez is a leader of CIW who spent many years as a farmworker in Mexico and Florida, starting when he was 11. Greg Asbed co-founded the Coalition of Immokalee Workers in 1993.

As people look to sustain the movement for racial justice, they are turning to the ballot box.

Host Trymaine Lee speaks with two women who are trying to bring racial justice to the electoral system. Political strategist Jessica Byrd felt called into the movement while watching the Ferguson uprisings, and Sybrina Fulton’s journey through activism to politics began when her son Trayvon Martin was shot and killed by police in 2012.

There is a pervasive wealth gap between Black and white Americans, the result of centuries of systemic violence and racism. Today, Black families have just 10% of the wealth white families have accumulated.  New York Times staff writer Nikole Hannah-Jones says this racial wealth gap isn’t an accident. It’s the product of over 400 years of slavery, racial segregation, and discrimination. In her cover story, “What is Owed,” for the New York Times Magazine, Hannah-Jones explains how the US government has been complicit in preventing Black people from accumulating wealth.

And she argues that the only solution is reparations, restitution paid by the U.S. government to the descendants of enslaved people.

In this episode of Into America, host Trymaine Lee sits down with Hannah-Jones to talk about her seminal piece and why this may be the moment when the idea of reparations just might become a reality. She explains what reparations might look like and why they are more urgent than ever.

On Tuesday, Kentucky will hold its primary election after a month-long delay caused by COVID-19. County clerks have reduced the number of polling places by 95% and voters have requested a record number of absentee ballots.

The challenges to voting could have a major impact on the Democratic Senate primary, which has shifted dramatically in recent weeks. For the first time, state representative Charles Booker, a 35-year-old Black progressive, is polling ahead of his white moderate challenger, Amy McGrath. Both candidates are running for a shot at unseating Senate Majority Leader Mitch McConnell in the fall.

Host Trymaine Lee talks to Cassia Herron, Chairperson of Kentuckians For The Commonwealth, about the influence of national protests on Charles Booker’s rise, the state of Kentucky politics, and the pandemic shaping how and if Americans vote.

President Lincoln issued the Emancipation Proclamation ending slavery on January 1, 1963. But it wasn’t until more than two years later – on June 19, 1965 – that enslaved people in the state of Texas were finally told that they were free. The anniversary of that day has become known as Juneteenth.

This Juneteenth, 2020, America is in the midst of a racial reckoning. A pandemic is disproportionately killing Black Americans, and violence against Black people continues to be caught on camera, sparking cries for change.

Into America host Trymaine Lee convened a special panel for NBC News Now called Can You Hear Us Now: Juneteenth. He and his panelists wrestled with America’s core question of freedom, and whether this dream can and will ever be a reality for Black Americans.

With national protests and wide social unrest, 2020 feels to some like 1968. That year, at the height of the Civil Rights movement, Martin Luther King Jr. launched The Poor People’s Campaign. He called for a revolution around economic justice and a movement to unite people against poverty, racism, and other forms of oppression.

In 2018, organizers resurrected the cause, re-establishing The Poor People’s Campaign: A National Call for Moral Revival. Host Trymaine Lee talks to Rev. Dr. William J Barber II, president of Repairers of the Breach and Co-Chair of the Poor People's Campaign about the importance of building coalitions for lasting change, and the Campaign’s upcoming virtual march on Washington.

MSNBC will stream “The Mass Poor People’s Assembly and Moral March on Washington” on Saturday, June 20, from 10am to 12:30pm EST on MSNBC.com and the MSNBC Youtube Channel.

The Run-Up
The New York Times 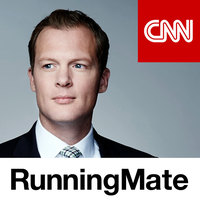 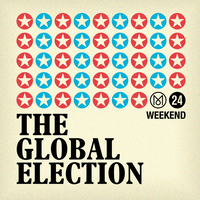