The Nightly Music Soundscape
A weekly interview from Echoes, the soundscape of ambient, new acoustic and world fusion music on public radio and on-line at echoes.org.

In the Echoes Podcast it’s the return of a New Age pioneer when we talk with Kevin Braheny Fortune. He went 22 years without a new album, but now he has four releases of ambient music including his Dreamwalker Meditation Music trilogy. In the 1980s his name was mentioned alongside Steve Roach, Robert Rich, Michael Stearns and Richard Burmer and his albums, The Way Home and Lullaby for the Hearts of Space are considered classics.  He’s a musician who is as comfortable soldering diodes into circuit boards as he is communing with spirit guides. He disappeared for about 20 years, during which he worked as a sex therapist. He talks about his name change, spirit guides, sex therapy, years of silence and his new music. That photo, by the way, is his Mighty Serge Syntheszier.

In the Echoes Podcast Air’s Nicolas Godin and Naneum

The French Band AIR was one of the seminal electronic pop groups of the 1990s and oughts. They’ve gone dormant, but founding member Nicolas Godin has a new solo album out, Concrete and Glass, that began as an architectural art project.  john Diliberto Talks to Godin while in quarantine in his home in Paris and goes over the blueprints  in the Echoes Podcast.

Then we’ll explore the ambient chamber music of Naneum. On his album, Life Cycle he recorded a local choir singing their traditional music but then sliced it up into his own arrangements. He’s also in the creaky piano zone with a new solo piano album, Narrative. Naneum’s Jon Solo talks about going from Angus and Julia Stone and Brett Dennen to ambient chamber music tonight on Echoes.

In the Echoes Podcast we talk to singer Channy Leaneagh of Poliça and electronic musician Nicholas Gunn.

Channy Leaneagh fell off a roof and broke her back, but that didn’t stop her from recording a great album with her group, Poliça . John Diliberto talks to Poliça’s Channy Leaneagh about her existential songs on the album, When We Stay Alive. You’ll also hear what its like to do an interview while a young child runs amok in the house during Corona Quarantine.

Then we’ll hear from Nicholas Gunn. He got bullied as a young flute player, but that’s not why he put down his instrument in favor of electronics. His last few albums, including Riding the Thermals and Pacific Blue, have had no flute at all, but a lot of downtempo moods and grooves and some vocals. With Pacific Blue just out, we return to an earlier interview with Gunn who talks about his electronic transformation.

avawaves-1200.jpg?resize=600%2C315&ssl=1" alt="" class="alignnone size-medium wp-image-68486 aligncenter" width="600" height="315">
The Breadth of Ambient Chamber Music in the Echoes Podcast with Blue Landscapes and AVAWaves.
Landscapes-Frontiers-600.jpg?resize=150%2C150&ssl=1" alt="" class="alignleft size-thumbnail wp-image-68417" width="150" height="150">Ambient Chamber Music is a meeting of classical music and ambient music and the duos of AVAWaves and Blue Landscapes are approaching it from very different directions.  Blue Landscapes, is the duo of latin and jazz flutist Damjan Krajacic and classical concert pianist Robert Thies and their approach is based in intuitive improvisation. From their LA studio, they talk about improvising their impressionistic ambient chamber music with only acoustic instruments, but using post-production processing and loops to create a sound influenced by ECM and Windham Hill Records. Their latest album is Blue Landscapes III: Frontiers.
600.jpg?resize=150%2C150&ssl=1" alt="AvaWaves" class="alignright size-thumbnail wp-image-68392" width="150" height="150">
AVAWaves is violinist Anna Phoebe and keyboardist Aisling Brouwer, both are classically trained, but each have gone in new directions. Collectively they have created film scores, classical works, TV commercials for Christian Dior and performed with Jethro Tull, Trans-Siberian Orchestra and Roxy Music.  Those last three are actually just Phoebe who also has a few solo albums in a orchestral progressive rock vein.  Together though, they go deeper, crafting a haunting and unremittingly beautiful sound. Their debut album, Waves, will be Echoes CD of the Month in May. From their homes in Berlin and Kent, they talk about their meeting of classical and ambient music.
Apr 23, 2020
Echoes Podcast: Tigerforest & Kitaro
00:28:58
Kitaro-600.jpg?fit=600%2C600&ssl=1" class="webfeedsFeaturedVisual wp-post-image" alt="Gunnar Spardel & Kitaro">

From electronic space to ambient chamber music, we talk to Gunnar Spardel, who composes somber and serene chamber music under his own name and upbeat, progressive electronic music under the guise of Tigerforest. His latest album as Tigerforest is Discovery and his latest as Gunnar Spardel is Simplicity in a Complex World, Follow the journey of the German music composer inthe Echoes Podcast. Tigerforest’s 2014 album, The Tides of Day and Night, was an Echoes CD of the Month.

In a Throwback 30, we return to the April 1990 album, Kojiki by Kitaro. It was a landmark recording for the Japanese electronic artist that brought his sound into orchestral and world music terrain.  Enter the Throwback Machine in Echoes 30th anniversary year when we go back to interviews from 1986 and 1990 in an early profile of Kitaro on Echoes.

In the Echoes Podcast, English composer Poppy Ackroyd.  Her album, Resolve was an Echoes CD of the Month two years ago. It’s finally out in the US. John Diliberto catches up with Poppy Ackroyd who talks about an approach to classical composition informed by punk rock and Radiohead.

Poppy Ackroyd: I’m classically trained, but I think when I was about 14, I became a bit of an indie kid, listened to a lot of punk.  And yeah, just anything that wasn’t classically actually,

Eastern Fusion Past and future with Hans Christian and Ravi Shankar in Echoes Podcast.

Cellist Hans Christian has been a fixture on Echoes for all its 30 years, both as a solo artist and with the duo, Rasa.   His music has ranged from electronic to solo cello to Hindi chants.  His latest album, After the Fall was the Echoes CD of the Month for February. He talks about this heavily electronic album that took him back to his roots which include Pink Floyd, Space music and time in the acoustic and spiritual places of his father’s church. John Diliberto goes to church with Hans Christian in the Echoes Podcast

Then we commemorate the 100th Birthday of Indian sitar Legend, Ravi Shankar

It’s a journey with an Icon when we celebrate the 100th Birthday of Indian sitar master, Ravi Shankar.  We celebrate his career and music that spans from classical Indian ragas to films to world fusion. We’ll hear an interview with the legendary sitarist talking about an ancient sound and spirit that helped transform modern music.  Shankar passed in 2012 but his spirit lives on hear his story from dancer to musical guru.

Ukulele Giant Jake Shimabukuro Goes Beyond in the Echoes Podcast.

In the Echoes Podcast, Jake Shimabukuro, the virtuoso Hawaiian ukulele player, talks about revolutionizing an instrument often seen as a novelty into a tool of pyrotechnic fury and ambient expanses. His new album, The Jake Shimabukuro Trio is a stylistic shift into more contemplative, ambient terrain that includes a cover of a Pink Floyd song. John Diliberto talks to him and ambient guitarist Dave Preston about the Uke Evolution and their new album.. Catch Jake Shimabukuro Trio’s live Echoes Concert Streaming now.

A Retrospective Interview with Bapak Dudal of Deep Mountain

Mountain-1200x750-1.jpg?resize=600%2C375&ssl=1" alt="" width="600" height="375" class="aligncenter size-medium wp-image-68024">In the Echoes Podcast, a lost icon, Deep Mountain’s Bapak Dudal. There are so many great musicians we’ve interviewed over 30 years of Echoes who just never quite broke the surface of popularity we thought they would.  Dogon, Steven Kindler, Janus Ensemble, Greg Klamt, Michelle Sell and Doug Smith are just a few names that leap to mind. An artist who shouldn’t be on that list is Deep Mountain, the recording project of Bapak Dudal.

He was a pioneer of ambient world fusion, but being from Paradakistan, a tiny former Soviet Republic nation, his releases were small pressings, mostly on cassette, that didn’t make it much out into the world. But those who discovered them cherished his music.  We interviewed Bapak Dudal twice. The first time was 1996. We return to that interview when we traveled to the capital city, Sidach and took a hike up Deep Mountain.

In the Echoes Podcast this week, Alex Somers and Gentle Giant. Alex Somers is a name you hear on the fringes. He’s produced people like singer Briana Marella and Julianna Barwick.  He worked on the last two albums from Icelandic Icons, Sigur Ros and then formed a duo with Jonsi from that band. Now he’s in Hollywood scoring major films like Captain Fantastic, Honey Boy and Taylor Swift’s Miss Americana. I caught up with him in his LA studio where we talked about ambient drama.

Then we’re going to hear from Gentle Giant. There are many progressive rock bands that still stalk the earth.  Yes, King Crimson, Van Der Graaf Generator.  but not Gentle Giant. They made all their records during prog rock’s glory years in the 1970s and then called it quits.  But their legacy continues on as one of the most innovative and expansive bands in the genre.  All of their studio albums were reissued on CD, made available digitally and now their first four albums, Gentle Giant, Acquiring Taste, Three Friends and Octopus are being reissued on vinyl in April. Nine years ago, founding members Derek Shulman and Gary Green came by to tell the tall tales of Gentle Giant, including rejecting Elton John as a member. We’ll hear it in the Echoes Podcast, 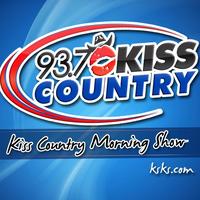 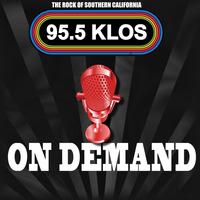 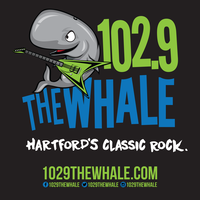 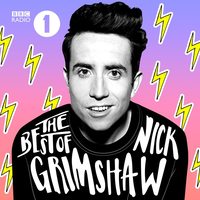 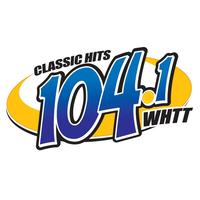 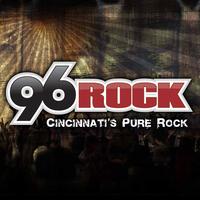