In a frenzied media cycle, Identity/Crisis delves into the big ideas behind the news from a uniquely Jewish perspective. From the Shalom Hartman Institute, host Yehuda Kurtzer invites leading thinkers to unpack current events effecting Jewish communities in North America, Israel, and around the world, revealing the core Jewish values underlying the issues that matter to you.

Those who succeeded in shaping how we read our texts are among the most powerful Jews in our history. Max Strassfeld, author and assistant professor in Religious Studies and Classics at the University of Arizona, joins Yehuda Kurtzer to discuss their new book, which offers a way of rethinking human gender and sexuality in Jewish sources and pokes holes in trans-phobic interpretations.

Trans Talmud: Androgynes and Eunuchs in Rabbinic Literature by Max Strassfeld can be purchased with the discount code 21W2240 https://www.ucpress.edu/book/9780520382053/trans-talmud

Jews in America are deeply affected by gun violence, sometimes as direct and specific targets and sometimes as other Americans who find themselves victims in the wrong place at the wrong time. Author Jay Michaelson, a regular contributor to New York, Rolling Stone, The Daily Beast, joins Yehuda Kurtzer to discuss, gun control, the Second Amendment and what it means for American Jews to participate in a political culture that cannot seem to make its citizens safe.

The revelation at Sinai unites the two big stories of the Jewish people: becoming a people and becoming a people wedded to God. It also sets the stage for a conversation about the difference between revelation as a personal and as a communal experience and allows us to ask about the difference between revelation as a historical and theological event. Rabbi, poet, scholar, blogger, and podcaster Zohar Atkins joins Yehuda Kurtzer for a Shavuot discussion that will open your mind and spirit.

On both the right and the left, Israel increasingly plays a disproportionate role in American politics, exceeding its geopolitical importance. How does this shift impact American policy toward Israel? Michael Koplow, Chief Policy Officer at Israel Policy Forum, returns to discuss AIPAC, the impact of the Trump presidency, Shireen Abu Akleh (the Al Jazeera reporter recently killed in Jenin) and the reality of a Two-State solution with host Yehuda Kurtzer.

Organized philanthropy has become the most powerful force in American Jewish communal life. As the culture of philanthropy has transformed, so has the allocation of power in the community. Felicia Herman, Chief Operating Officer of Maimonides Fund, joins Yehuda Kurtzer to discuss how the history of charitable giving has changed since the creation of the State of Israel, shifts in the Jewish institutional landscape with the rise of family foundations, and whether the power and impact of the Federation system remains today.

Last week’s leaked Supreme Court majority opinion draft which would overturn Roe v Wade, portends a seismic shift in abortion legislation. Six months ago, Michal Raucher, assistant professor of Jewish studies at Rutgers and an expert in Judaism and gender, joined Yehuda Kurtzer, to discuss how we should and shouldn't conduct the abortion debate as Jews, with an eye, not just to the American conversation, but also looking at reproductive rights and reproductive justice. We're proud of that episode. It's timely, and we're bringing it back today to help you think about the big Jewish ideas around this important issue.

At the Episcopal Church’s 80th General Convention, resolutions criticizing Israeli policy were proposed that use the language of apartheid. Daniel Joslyn-Siemiatkoski, Duncalf-Villavoso Professor of Church History at Seminary of the Southwest in Austin, Texas, spoke with Yehuda Kurtzer to discuss antisemitism in the church, how Israel has been politicized in Christian discourse, and Christian reconciliation work in the second half of the 20th century.

There's deep instability in the field of rabbinic education. Fewer rabbis are being trained, and as a result Hebrew Union College-Jewish Institute of Religion (HUC-JIR) recently decided to shutter the rabbinic program at one of its four campuses. Andrew Rehfeld, President of HUC-JIR, talks with host Yehuda Kutzer about the future of educating Jewish clergy, civil discourse, and the politicization of Jewish Liberalism.

As we approach our third pandemic Passover, how has Jewish communal life fared? Rabbi Barry Dov Katz (Conservative Synagogue Adath Israel of Riverdale, NY), Tilly Shemer (Hillel at University of Michigan), and Stephanie Ives (Beit Rabban Day School) reunite one year later with host Yehuda Kurtzer to reflect on another year of life in the pandemic -- its personal toll, how COVID-19 has impacted their institutions, their leadership, and their mindset about the future.

Behind the Bima
Rabbi Efrem Goldberg 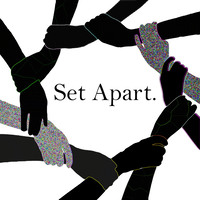 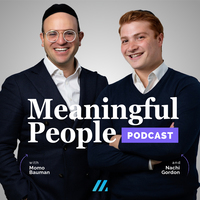 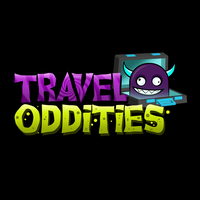 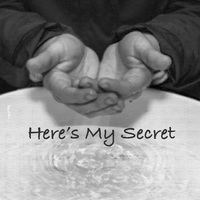 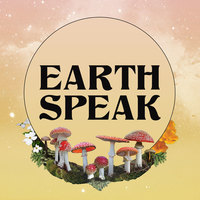