Want to own the room? Comedian and radio and TV presenter Viv Groskop talks to inspirational women about the secrets of brilliant speaking. They share the tips and tricks that will get you the attention you deserve.

What's the worst that could happen? Viv Groskop talks to the lawyer, TV host and motivational speaker Mel Robbins about facing bankruptcy, unemployment and divorce - and how she completely turned her life around to become one of the top speakers on the circuit and a viral sensation. They talk the five second rule, the high five habit, and why your new mantra should be: "Usually, I'm double". Oh, and what it's like to literally wet yourself on stage.

You can find out more about Mel at melrobbins.com

Are you missing the bleeding obvious? Viv Groskop talks to Nayna McIntosh, founder and CEO of Hope Fashion, about how we can be  so unused to saying what we really want - that we can miss our true calling. She explains that her first retail job was on her mum's market stall, how she went on to work at M&S, Per Una, Next and Asda - and how starting a business is like jumping off a cliff. And she reveals everything she wished she'd know when she started.

Are you a work in progress? Viv Groskop talks to writer and journalist Cathy Rentzenbrink about the power of seeing yourself as an ongoing project, free from constant judgement. They explore how the right time to do something may not be the first time you try, and how writing can teach you about yourself. Oh, and the horror of the "participatory chair"...

You can find out more about Cathy's work at cathyreadsbooks.com

Need to dig yourself out of a hole? Viv Groskop talks to Indra Nooyi, the former chair and CEO of PepsiCo. She may be regularly listed as one of the world's most powerful woman, but as a woman of colour she explains how she always felt like she started at a disadvantage, in a hole that she had to dig herself out of. She explains how important it is to avoid anything that takes the focus away from what you have to say, why society needs to support families - and why stomach butterflies are brilliant.

Indra's book My Life in Full: Work, Family and Our Future is out now.

Fat cow, fat chance? Viv Groskop talks to the writer, journalist and broadcaster Dame Jenni Murray, the former presenter of BBC Radio 4's Woman's Hour. They talk being nosy, being prepared and why you must NEVER say "tell me about..." They discuss appearance, being criticised by your mother, and Dame Jenni's latest book on the science and psychology of size. Oh, and how she tackled an interview with Hollywood legend Bette Davis on only her second day at Woman's Hour.

Dame Jenni's book Fat Cow, Fat Chance: The Science and Psychology of Size is out now.

Viv's latest book, Lift As You Climb is also out now.

science and psychology of size

Never say tell me about

Do you have the authority? Viv Groskop talks to Jackie Weaver; viral internet sensation, author of the book You Do Have the Authority Here! and chief officer of the Cheshire Association of Local Councils. They discuss difficult meetings (no, really) as well as zoom etiquette, how to prepare, and how to keep calm in the face of aggression. Jackie considers why men bully, why women don't apply for jobs - and why local politics is your best bet to change the world. Also, of course, how to read the standing orders. And understand them.

What's your armour? Viv Groskop talks to Jane Shepherdson, chair of My Wardrobe HQ, former chief exec of Whistles and brand director at TopShop. They discuss the way clothes can make you feel powerful- and how "rent-a-porter" can rekindle a fashion love affair without sacrificing the planet (or costing the earth). Jane reveals how she found her purpose and reinvented her career. And she explains how to deal with difficult characters, why you must surround yourself with excellence and how to get paid what you deserve.

Find out more about Jane's latest venture at mywardrobehq.com

Are you posh? Or do you just like olives? Viv Groskop talks to Jess Phillips, Labour MP for Birmingham Yardley and Shadow Minister for Domestic Violence and Safeguarding. They talk olives, going viral and why a joke will help get your point across. Jess reveals how she learned to communicate working in a pub, how showing confidence gives others confidence, and how other people saying stupid things is a great encouragement to speak up. Plus why women need to know they don't need to be perfect for politics.

Jess's new book Everything You Really Need to Know About Politics: My Life As an MP is out now.

Is this visceral? Viv Groskop talks to author, businesswoman and chocolatier Chantal Coady about how to deploy the senses to beguile, comfort and delight. She talks about the importance of theatre, and deploying visuals to hold attention. She recalls how how her mother leveraged the family home to help her start her business, and how that spurred her to make it a success. She talks about the murky ethics of chocolate and what you can do to help. And she recalls how a moment on a beach inspired a legendary chocolate invention...

Find out more about Chantal at chantalcoady.com

Are you sitting comfortably? Viv Groskop talks to Dame Stephanie "Steve" Shirley CH, the businesswoman, philanthropist and technology pioneer. They explore why she changed her name - and why she brought her kitchen stool to America to give her TED talk in front of Bill Gates. Dame Stephanie argues that women must learn to ask for money: our input won't be valued if we don't value ourselves. She reveals how she learned a "healthy selfishness" after ending up in hospital, and tells Viv the single secret of success in business and romance...

Find out more about Stephanie's work at steveshirley.com 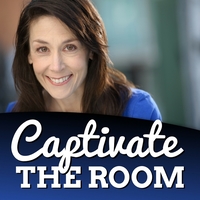 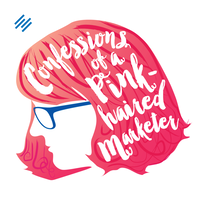 Confessions of a Pink-Haired Marketer
Rainmaker.FM 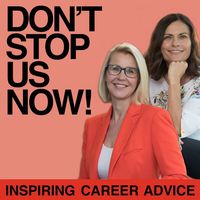 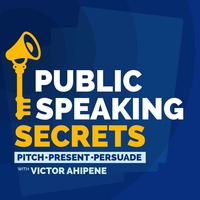 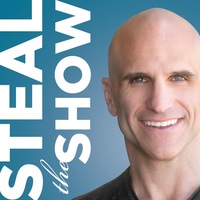