Submit Review
FavoriteShareReportAdd all episodes to Queue
Hot and Botheredactive

You may remember BFFs Vanessa Zoltan & Julia Argy from their all-star advice giving in Hot and Bothered Season 1. In this mini-season they’re sheltering in place in different cities, but they’re getting on the phone once a week to read and talk about Twilight. On Twilight in Quarantine, they’ll work their way through the Twilight saga one chapter at a time, giving brilliant well-informed advice to its misguided characters along the way. Being isolated sucks, but at least we can do it together with sparkly vampires brightening our days.

CW: In this episode we discuss sexual assault and read an explicit scene of assault and emotional abuse from Eclipse.

Still reeling from the Jacob/Bella plot line, Vanessa turns to sex educator and author Emily Nagoski for some help in making sense of Eclipse. They discuss the history of women's sexualization, how Jacob's storyline plays upon real and toxic gender norms, and what to do with Romance novels that uphold the patriarchy.

If you haven't already, be sure to check out Emily's amazing books! She's the author Come as You Are: The Surprising New Science That Will Transform Your Sex Life, Burnout: The Secret to Unlocking the Stress Cycle, and two romance novels of her very own: How Not to Fall and How Not to Let Go.

We at Not Sorry are making a new show! It's called The Real Question and the first episode is out today. We've already checked-in with Alice, and she has assured us that you're going to love the show. So go subscribe now!

The Real Question is a weekly podcast exploring life’s questions through a surprising mix of pop culture and academic insight. Vanessa Zoltan and Casper ter Kuile learned in divinity school about the art of paying attention. By paying attention to very specific things in our lives, we can begin to see something true about big, universal questions. In this podcast, they turn that attention to a variety of everyday scenarios in their own lives to see what’s really at stake. Questions about the tooth fairy can really be about the fear we have for our children. Questions about driving can really be about what it means to be a good partner. Each week, Vanessa and Casper walk each other through the process of figuring out what their ‘real’ questions are in conversations with texts ranging from movie musicals to theological treatises. In this intimate, thoughtful podcast we explore how friendship can be a tool for living a more intentional life.

Vanessa and Julia have read Chapter 26 of Eclipse and are still shaking off the horror of this whole Bella/Jacob situation.

Vanessa and Julia have read Chapter 25 of Eclipse and they have a few special valentines to share with the class.

We really only planned to skip one chapter in this book, but then Chapter 23 went and happened. Chapter 23 is a minefield of sexual and emotional abuse and we thought: 'You know what would be more fun than recording an episode on this nonsense? Not recording an episode on this nonsense.' So we moved on to Chapter 24. And don't worry, Chapter 24 still has plenty of problematic things to discuss! Topics include dismembering vampires and whether or not Bella actually stabs herself during the battle scene.

We also announce some extra Breaking News in this episode: We've decided not to read Breaking Dawn chapter by chapter. Honestly we can't keep subjecting ourselves to these books. Instead, we're going to do one episode covering all of Breaking Dawn, and then launch a new romance novel related mini-series in June. (More on that to come!) Until then, we'll be watching Eclipse and both Breaking Dawn movies with our patrons on Patreon and discussing all our feels in some bonus episodes. It's a bittersweet announcement, we know, but we hope you'll stay with us as we move onto new and exciting romance projects!

Vanessa and Julia have read Chapter 22 of Eclipse and they have a lot of ideas about how to stay warm without inviting Jacob into your sleeping bag.

CW: Because of the content of this chapter we spend a lot of time talking about sexual assault and emotional abuse.

Vanessa and Julia have read Chapter 21 of Eclipse and they don't know how anyone could be #TeamJacob.

Vanessa and Julia have read Chapter 20 of Eclipse and do their best Richard Dawson impersonation in our Twilight version of Family Feud.

Vanessa and Julia have read chapter nineteen of Eclipse and are continuing to explore the rich thematic questions that thread through these books: whether Bella is a cat vs. dog person, if Charlie is capable of any kind of parenting, and why nobody has acknowledged that Jasper being a confederate solider is super problematic.

We were hoping to release a regular episode today, but unfortunately we ran into some technical difficulties! It was probably Werewolf Jacob using our wires as a chew toy again.

While you wait for next week's episode, please enjoy this blooper reel from our Chapter 18 episode! 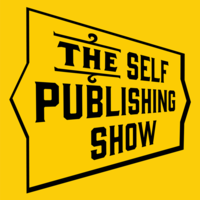 The Self Publishing Show
Mark Dawson 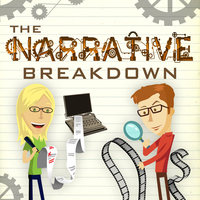 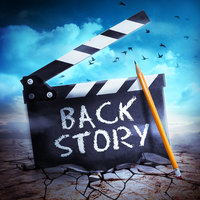 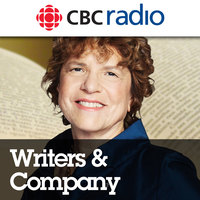