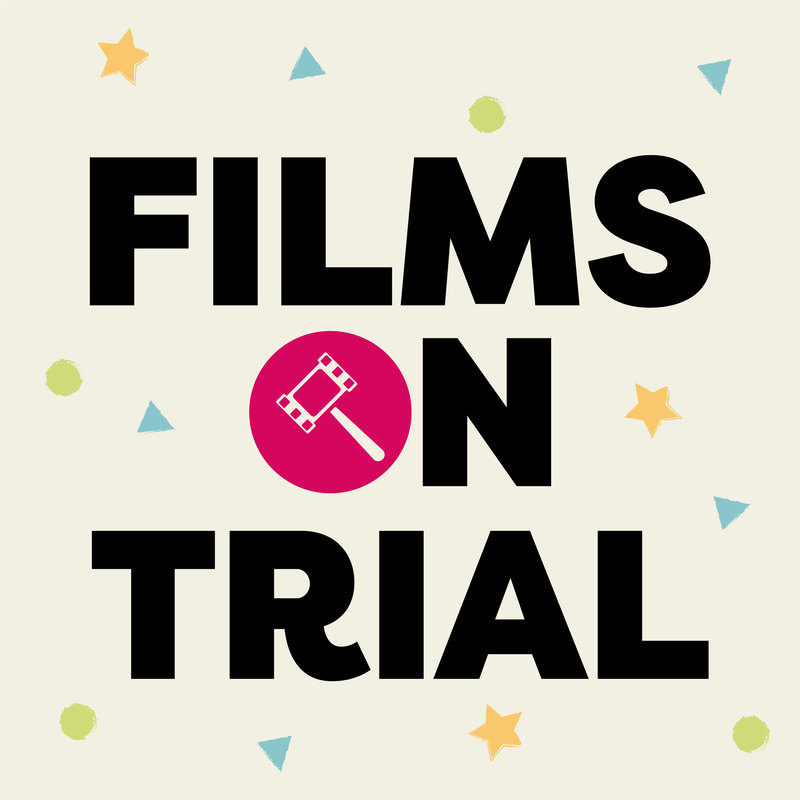 Submit Review
FavoriteShareReportAdd all episodes to Queue
Films on Trialactive

Do you like films? Do you like debating whether a film is a cinematic triumph, or if it’s a big hot mess? Well, we’ve got a just the podcast for you. We aim to settle those raging debates once and for all, as we put Films on Trial
We’re five lads from Liverpool and each week we will act as judge, prosecution, defence and witness, as we recreate a courtroom scenario, and decide whether a much loved (or hated) film should end up on the Hit List or not. Film trivia, quizzes, banter, terrible impressions, musical interludes, and lots of debating.

Birdman is up in the dock this week,

The netflix original Lovebird's is this week's lockdown film on trial.

After such a great response form the Disney+ challenge, we decided to try it again but for Amazon... With so much to choose from we limited it to horror films on Prime. You can't begin to imagine the films we picked for each other.

Dunkirk takes the stand this week. Is it a meticulous recount of an important event in British history or does it get bogged down in patriotism?

Ausy and Dave and Alex prosecute until the latter realises he's meant to be defending it. They point out the lack of any real protagonist and the "stiff upper lip" approach of the script and actors. Gav, later joined my Alex, defends by highlighting the incredible cinematography, score and attention to detail.

There's also a quiz based on War films and an impression of Churchill. But which Churchill do we mean?

We're many many weeks into coronavirus lockdown now and have decided that we really need to inflict further inconvenience on each others isolation experiences. Did we decide to pick out some Disney gems or the most obscure Disney durge... no prizes for guessing correctly.

Midsommar takes the stand this week. Are fans brainwashed or is this cutting edge horror?

Joel and Dave prosecute, discussing the unnecessary gore and unbelievable stupidity of the characters. Gav and Ausy strongly disagree, pointing out the incredible cinematography and complex themes running throughout.

On top of all this there's a quiz about cults in film and an impression of a swedish accent unlike any you have heard before.

Road house is on the chopping block this week. Timeless 80s action masterpiece or a pain in the neck?

Gav and Dave defend this week, arguing that this is a film that sets out to entertain and does exactly that. Joel and Alex prosecute, pointing out the dated attitudes towards women and nonsensical plot.

Plus an impression of the wonderful Sam Elliot and a quiz!

Extraction is in the hot seat this week. An adrenaline pumping blockbuster or as much fun as a face full of rake?

Joel and Gav argue it's a hit, highlighting the innovative action scenes and great performance by Chris Hemsworth. Ausy and Dave go on the attack, discussing the lack of any original story or dialogue.

To top it off there's a quiz called Chris cross and we learn that Australian accents are hard to get right.

The Rock (1996) is on trial this week. Does it soar like a rocket or get impaled like Tony Todd?

Alex and Dave defend this week, arguing that classic 90s action and a strong cast make this a hit. Gav and Ausy disagree, pointing out that tired action clichés and a terrible performance by Cage make them want to throw away the key.

On top of this there's also an impression of Connery (there's more pressure when it's a classic) and a quiz all about Michael Bay films. www.filmsontrial.co.uk

The ambitious Cloud Atlas is in the dock this week. Will it hold up or crumble under the pressure?

Joel and Alex defend this week, highlighting the versatile performances and rich plot. Ausy and Gav try to bring them crashing down to earth, arguing the length and sheer amount of story stop this from being a hit.

As always there is a dubious impression and a quiz at the end!

About to Review
By "That Guy Named John"
<a href="/podcas