Democracy-ish is a podcast dedicated to fighting for democracy and preserving your sanity in a time when both are under active assault by forces committed to white supremacy and stupidity. For far too long our body politic has been viewed through an all white prism that does not represent the multiracial nation that is the United States of America. Hosts Danielle Moodie and Wajahat Ali always keep it real, blunt and entertaining as they discuss how we can achieve a multiracial democracy and cover all the ground left behind by mainstream media and seek to make sense out of the nonsense.

It's been 365 days since Biden took office. While this administration walked into a dumpster fire the question we have is did they make matters worse? Danielle and Waj play teacher this week and offer our grades on year one. This and more this week's democracy-ish

We are tired of the speeches and the platitudes. Where are the plans? What are the tactics? Where is the vote for our lives presidential bus tour? America as a democracy is running out of time and this week's speeches by the President and Vice President did little to assuage the fears of our impending doom. Danielle and Wajahat discuss this and more on this week's episode.

The attack on our democracy didn't end on 1/6/21 it was just the beginning. Like bad James Bond villains, Republicans are telling us exactly what they are planning and how they want America to look but the question remains--is anyone in power going to do anything about it or are we headed to a hybrid DINO regime... Democracy In Name Only? Danielle Moodie and the newly minted co-host of Democracy-ish, Wajahat Ali, discuss.

It's hard to believe 2021 is almost a wrap and what a year it has been. We began with an insurrection, dealt with two new COVID-19 variants, high profile trials of white supremacists, mass shootings and more historic climate events than can be counted. What will 2022 have in store?!? Something good?! Or at least not so terrible?!? Inshallah! All this and more on the last episode of #democracyish for 2021. See y'all in 2022!

The 1/6 Commission hit a mother load this week in the thousand page document dump by former Trump Chief of Staff Mark Meadows. Inside this treasure trove were damning texts by Fox hosts, Republican Members of Congress and Trump's own son--begging for help on 1/6. The question remains though--with all this evidence within our grasps will those complicit in the attempt to overthrow our government continue to evade accountability or has their time finally come? All this and more on this episode of #democracyish

The most recent school shooting in Michigan at the hands of Ethan Crumbly should be an alarm. His parents are Trumpers through and through who wrote the former disgraced president a letter honoring him and the 2nd amendment. Ethan also journaled his rage and no one paid attention. So, now we are here. Are we prepared for a society filled with armed, white, rage filled teens?!? This and more on the next democracyish with our guest host Wajahat Ali

Roe is dead, voting rights is on life support and we just experienced our 28th school shooting this school year and it's only December. 53% of white women voting for a misogynistic racist is how we got to our current moment of despair and the Republicans time of triumph. All this and more on this week's democracyish with our friend Wajahat Ali

For the first time ever the United States has been listed among backsliding democracies. The organization IDEA is sounding the alarm on what they see as visible deterioration, but will Americans heed the warning or will our arrogance and apathy get the best of us?!? Guest host Wajahat Ali, author of Go Back to Where You Came From! rejoins democracy-ish

During the 2020 uprising many speculated that this was going to be the moment America's deeply entwined relationship to white supremacy would shift and yet a year later as we watch the trials of Kyle Rittenhouse and the McDaniels's unfold we are getting a front row seat to America's real addiction--holding space for white rage.

Move over economic anxiety there's a new boogeyman in town... welcome, education anxiety--the latest whitelash against truth. White people around the country are flipping tables and foaming at the mouth over the potential of their fragile children learning the truth about their ancestors and their legacy of white rage and violence. We delve into this and more with guest host, Daily Beast columnist, Wajahat Ali! 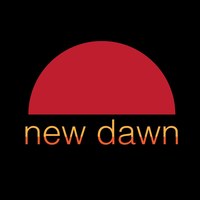 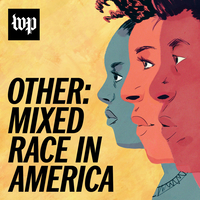 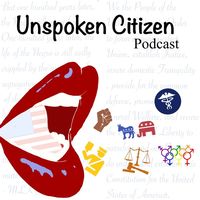 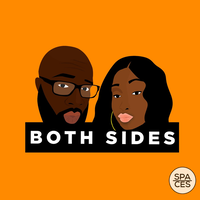 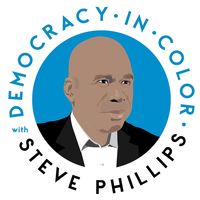