People know their hometowns by streets, a favorite restaurant or the local mall. Crime Reporter Nancy Hixt knows hers by the crime scenes she's been to over the past 20 years. Journey deep inside some of Canada’s most high-profile criminal cases. Each episode will take you inside the story to give you details you didn't hear on the news.  New episodes every other week.

On the season finale of Crime Beat, Global News senior crime reporter Nancy Hixt answers your questions. Join her as she gives you behind-the-scenes insight on the podcast, journalism, and the stories she shares on this special episode, “Inside Crime Beat.”

On a beautiful September night in 2008, a young couple went out for dinner in downtown Calgary.

They walked through a park on their way home and sat down on a bench to soak in the warm, late summer air.

Around them, the trees were changing colours .

Never once did it cross their mind that it would be the last time, as a couple, they would see those vibrant fall colours again.

Moments later, the sound of screaming filled the air followed by sirens as police and EMS rushed to the scene.

Find out what happened next on the latest episode of Crime Beat. Global News senior crime reporter Nancy Hixt shares one man’s story of survival and inspiration in ‘Hope in the darkness.’

A story of deadly infatuation. Join Nancy Hixt as she explains how a young woman was targeted — simply because she spurned a young man’s advances.

Nadia El-Dib’s family said Nadia had broken things off with Adam Bettahar, and her body was found in a Calgary woman’s backyard March 25, 2018. She was stabbed dozens of times and shot twice.

Police called her death an “execution.”

But the award came at a cost.

Join Nancy Hixt, a senior crime reporter for Global News as she shares how two officers, both diagnosed with PTSD, are working to heal and raise awareness about the trauma they’re living with in ‘The scars that don’t heal.’

Elias Tarabay remembers Aug. 4, 2020, clearly. He arrived home after having a late lunch with a friend. He was living in Beirut, the capital city of Lebanon. His house had a balcony that looked out at the city’s ports.

Just as he settled in, he heard a loud explosion.

Tarabay was working as an editor for a local newspaper at the time and he thought he would take the video to send back to his office.

Then a second large explosion rocked the Beirut port.

The explosion killed at least 214 people, according to official records. Thousands were injured.

It was one of the largest non-nuclear explosions in history — the result of hundreds of tons of ammonium nitrate igniting after a fire broke out. The explosion tore through the city with such force that it caused a tremor across the entire country that was heard and felt as far away as the Mediterranean island of Cyprus, more than 200 kilometres away.

It would soon emerge in documents that the highly combustible nitrates had been haphazardly stored at a port warehouse alongside other flammable material since 2014 — and that multiple high-level officials over the years knew of its presence and did nothing.

The event galvanized people to demonstrate in the streets, asking for government accountability and in the days following the explosion, several cabinet members announced their resignation. On Aug. 10, 2020, Beirut’s prime minister, Hassan Diab, announced he would be stepping down from his position.

On this episode of What happened to …? Erica Vella revisits the days that followed the deadly blast and finds out if anyone has been held accountable. She also learns how Lebanon’s economic crisis has made it difficult for the country to rebuild.

In the summer of 2020, a listener reached out and asked how Crime Beat stories are selected.

She said she was seeking justice for something that happened to her decades earlier when she was a teenager.

That was the starting point of this episode.

Join Global News senior crime reporter Nancy Hixt as she shares how one woman’s bravery cracked open one of the most high profile sex assault cases in Calgary’s history.

On this special episode of Crime Beat, Global News senior crime reporter Nancy Hixt  takes you behind the scenes with a crime analyst. Learn how she uses data and technology to help solve cases as she works alongside homicide detectives.

On a cold, snowy winter night in January 2008, an officer was on patrol when a confusing call came in to 911.

A hardworking mother of five disappeared while on her way home from work. To make matters worse, the call indicated that she was being attacked.

On the latest episode of Crime Beat, Global News senior crime reporter Nancy Hixt shares details of the frantic search and the horrific discovery that haunts both the officer and all of those who knew and cared for Arcelie Laoagan to this day.

On a cold, snowy evening in the fall of 2012, a series of 911 calls led Calgary police to multiple scenes.

At one of those locations, investigators made a disturbing discovery — the body of Lacey Jones-McKnight.

As homicide investigators took over the case, they learned the killer made shocking admissions to several people that night.

Follow along on the latest episode of Crime Beat as Global News senior crime reporter Nancy Hixt shares the painstaking lengths forensic investigators went to in an effort to find Justice for Lacey.

In  movies and TV police interviews with suspects look simple enough, but in reality there’s a lot more to them.

Find out what it’s really like to be across from a suspect in search of the truth when the stakes are high. 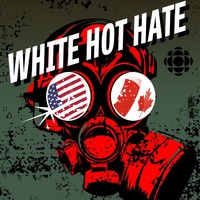 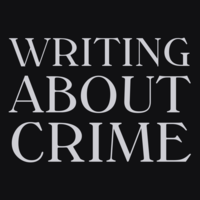 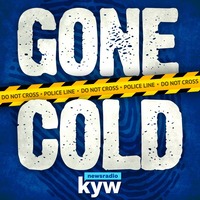 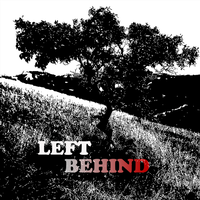