Seth Greenberg and Dan Dakich give you an all-access pass inside the world of college basketball.

Seth Greenberg and Dan Dakich tip off the podcast discussing Kim Mulkey’s comments about playing college basketball during a pandemic, if there’s a home court advantage this season, not panicking over Michigan’s loss, Auburn’s Sharife Cooper bursting onto the scene, Gonzaga Watch and Iowa’s roster construction. Then, Ohio State head coach Chris Holtmann joins the show to talk about Kyle Young’s throwback style, an update on Seth Towns, Dakich wanting to take a bullet for Holtmann, Jae’Sean Tate making an impact with the Rockets and the happiest he’s ever seen his team. Later, quick hitters on Baylor, Texas, Alabama, Tennessee and Texas Tech.

Seth Greenberg and Dan Dakich tip off the podcast with Wisconsin head coach Greg Gard to discuss how he turned around the 2019-2020 season, how last season’s turnaround factored into his decision to keep his players off campus, D'Mitrik Trice’s clutch play, the patience of his big men and cussing during a game in an empty gym. Then, The Bachelor Matt James and The Bachelorette runner-up Tyler Cameron stop by to talk about having dinner at the Greenberg’s, Matt watching the show with his mom, drinking a plane dry on Tyler’s season, smoothing over awkward silence with a kiss, how their sports backgrounds come into play while taping the show and their nonprofit ABC Food Tours (27:00).

Seth Greenberg and Dan Dakich tip off the podcast with NCAA SVP of Basketball Dan Gavitt to discuss Indianapolis hosting the entire NCAA Tournament, the living and practice set-up for teams, family’s being allowed to attend, and the difference between a controlled environment and a bubble. Then, the guys get into their thoughts on a very down ACC, the top-four conferences, Drake’s 13-0 start and if it makes sense to play conference tournaments. Later, Texas head coach Shaka Smart stops by to talk about leaving the Bald Brotherhood, Jericho Sims as the unsung hero of his team, beating Kansas by a bunch at Phog Allen, the bench generating energy without fans and throwing pig guts in the locker room to send a message to his players.

Seth Greenberg and Dan Dakich tip off the podcast discussing why they have no problem with the NCAA’s “Mask Madness,” the strength of the Big Ten, Iowa losing big games, their worry for Michigan State, Baylor and Gonzaga versus the field, and blue blood not flowing through the sport this year.

Seth Greenberg and Jay Bilas, filling in for a vacationing Dan Dakich, tip off the podcast discussing position-less basketball, how much fun Gonzaga is, Rutgers looking like a Jim Calhoun UConn team, Tennessee and Missouri being the best teams in the SEC, and COVID stress impacting teams on the court.

Seth Greenberg and Dan Dakich tip off the podcast discussing Florida’s Keyontae Johnson collapsing during a game and Mike Krzyzewski questioning whether college basketball should be played at all. Then the guys get into if they’re buying or selling Rutgers, Missouri, Michigan, Syracuse, Marquette, Clemson and San Diego State. Later, Florida State is looking like the best team in the ACC, should conferences should create bubbles for league play and socks are thrown.

Greenberg and Dakich tip off the podcast discussing Kentucky’s poor form, holding coaches on a pedestal, why Seth was disappointed in a well-played Cincinnati-Xavier game and Texas’ defense. Then the guys preview the Big Ten-ACC challenge including, North Carolina-Iowa, Illinois-Duke, Indiana-Florida State, Virginia-Michigan State and Louisville-Wisconsin.

Greenberg and Dakich tip off the podcast discussing the first week of college basketball, including Richmond upsetting Kentucky, Clemson taking out Purdue and Mississippi State, Memphis’ volume shooter problem, where things stand with Virginia after losing to San Francisco, Gonzaga playing at another level, Michigan State’s versatility, Dakich’s love affair with Derek Culver, the A10, and why there’s no need to be concerned with Villanova.

Greenberg and Dakich tip off the podcast discussing the silliness of Bruce Pearl’s self-imposed sanctions, if the NCAA will close its investigation of LSU this season, why it’s not a big deal if games are being canceled and which matchups they’re excited to watch the first week of the season. Later, the guys preview the Big Ten and Pac-12 (18:45). And finally, they talk to Rutgers head coach Steve Pikiell (43:33).

Greenberg and Dakich tip off the podcast recapping the NBA Draft, talking about the advantage overseas players have playing in professional leagues, being moved by the emotion of draft night, James Wiseman going to Golden State, Jalen “Stix” Smith jumping up to No. 10 and second round guys that could have long NBA careers. Then the guys shift gears to preview a slew of mid-major teams, including Northern Iowa, Richmond, Saint Louis, Bowling Green, Austin Peay, UNC Greensboro, San Diego State, UNLV and Utah State (22:44). Later, Loyola Chicago’s Porter Moser hops on from isolation to discuss the outbreak of COVID-19 on his team, Cameron Krutwig doing it all, the Horizon League and how the Final Four appearance has impacted the program (39:58). 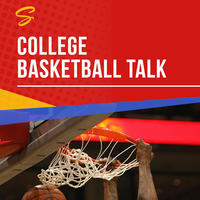 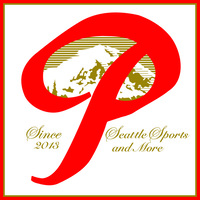 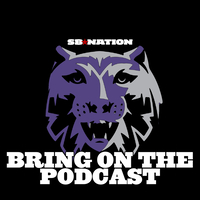 Bring On The PodCats
SB Nation