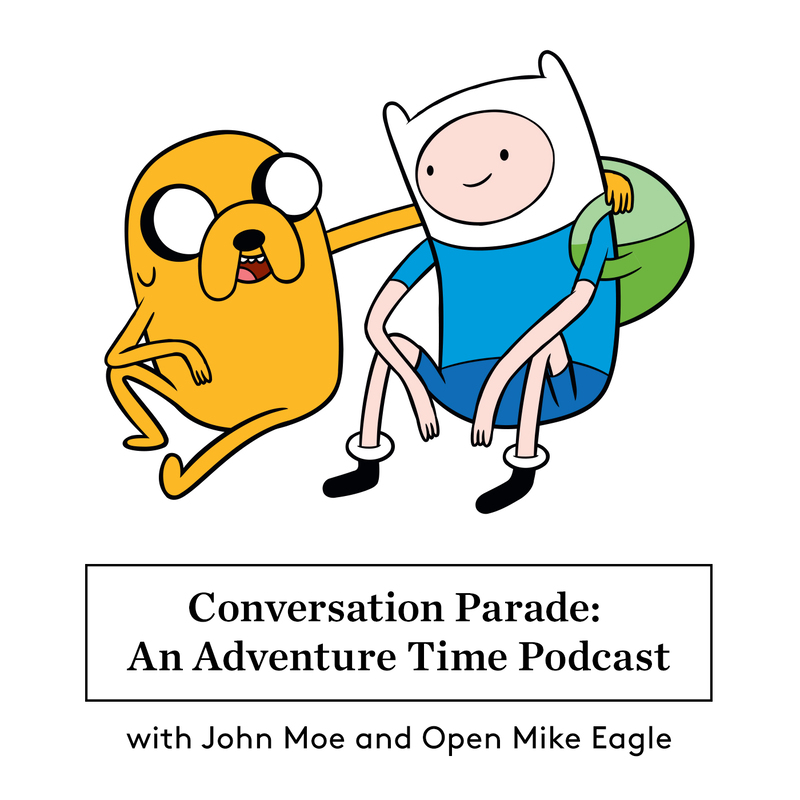 In this limited-run series, Open Mike Eagle (rap artist and host of Infinite Guest’s Secret Skin) and John Moe (host of Infinite Guest's Wits) talk about the characters, story lines and themes in the hit Cartoon Network animated series Adventure Time. John and Mike also talk with the creative forces behind the show, interviewing the actors, storyboard artists, producers and others who make Adventure Time.

With the eight-part Marceline miniseries behind us, hosts Mike Eagle and John Moe count down their lists of who they want to see the next miniseries be about. Obviously, Magic Man is on Mike’s list, but where does he rank? Will John find a place for his beloved Snow Golem? And who lands at number one on their lists? Plus, Mike talks with Adventure Time head honcho Adam Muto about a wide range of topics, including the oft-discussed but little-explained Mushroom War.

The Stakes miniseries on Adventure Time has concluded and it’s up to Conversation Parade hosts John Moe and Open Mike Eagle to figure out what it all means. John’s pretty sure there’s a message hidden in Marceline’s repeated inhalation of vampire souls. For Mike, there is great significance in the characters’ life patterns and what happens as a result. Plus, veteran Adventure Time storyboard artist Ako Castuera tells Mike about death, Greek mythology, and making Marceline happen.

We’re halfway through the Stakes miniseries and hosts John Moe and Open Mike Eagle are on hand to wade through what we’ve seen. Marceline’s attempt to rid herself of vampirism has led to unexpected unleashing of many old vampire foes. Can she really ever escape them? Or her past? Or herself? Also, what’s the deal with the creepy cow dancing? Plus, we check in with the voice of Marceline herself, Olivia Olson.

As they prepare to take in the Marceline-centric miniseries Stakes, John and Mike discuss Marceline and who she really is deep down inside. Is she a self-actualized person, fully at peace with herself as a human, a demon, and a vampire? Or is she the saddest, most lonely character in all the Land of Ooo? Also, we check in with Adventure Time’s Head of Story, Kent Osborne, about Stakes and about some of the new episodes that recently aired. Kent addresses the question of whether Football is a figment of BMO’s imagination or a completely separate being.

We’re five episodes in to the new season of Adventure Time, meaning John and Mike have plenty to talk about on the latest Conversation Parade. Mike has noticed that there’s been a lot of talk about trusting the process in some recent stories. He’s wondering if it’s the King of Ooo saying that or someone much higher up the pecking order. John has been thinking about dirt holes and how each of the five new episodes features dirt holes. Are they graves? Are they gardens? Are they some combination of the two? Plus, we talk to Adventure Time writer and voice of Root Beer Guy (and Dirt Beer Guy) Jack Pendarvis. He was a mild-mannered university professor in Mississippi when he got the call to join Adventure Time. Now he’s a mild-mannered cartoon writer who still lives in Mississippi.

Adventure Time is back with a new season and Conversation Parade is back as well to help you pick apart what’s happening. Bonnie & Neddy introduces us to Princess Bubblegum’s younger brother, an easily frightened tree root-sucking dragon, leading Mike to wonder if the whole candy kingdom runs on anxiety. Princess Bubblegum sets off to hunt pumpkin-eating monsters in Varmints and along the way has an existential crisis, leading John to ask who Princess Bubblegum really is now that she’s not a princess. Also, an interview with Ashly Burch. She’s a YouTube star turned Adventure Time actor (the voice of Breezy the bee) and now she’s been hired to help write the show.

A new season of Adventure Time looms on the horizon and Conversation Parade hosts John Moe and Open Mike Eagle are here to share their thoughts on what may be to come. What’s the deal with the Mushroom Wars? What’s going to happen as a result of the political turmoil in the Candy Kingdom? Our special guest this week, unlike all weeks thus far, is someone who does NOT work on Adventure Time either behind the scenes or into the microphone. Our guest is singer/songwriter Neko Case, who, besides being a popular musician, is a huge Adventure Time fan. She has some thoughts on Finn’s dad and his parallels to her own life.

We all know that Finn and Jake are heroes on Adventure Time. Well, Finn anyway. But wherever there are heroes, there are sure to be villains. And the Land of Ooo is full of villains. Hosts John Moe and Open Mike Eagle count down their top five baddies, which include some very unexpected characters. Where will The Lich rank? How about Orgalorg? Will the Hooligans Who Love Candles make the list? And who lands the top spot for Mike and for John? Plus, Mike talks to veteran Adventure Time supervising director Elizabeth Ito about the unique dialogue and vocabulary of the show as well as her favorite joke she managed to get into the show. It involves Mr. Cupcake.

Hug Wolf Something Big No One Can Hear You What Was Missing Who Would Win The Pit James Simon & Marcy Ricardio the Heart Guy Orgalorg Memory of a Memory Conquest of Cuteness The Lich Be Sweet You Forgot Your Floaties Jake vs. Me-Mow Slumber Party Panic

Conversation Parade takes on the big issues this week in what can only be termed “a very special episode.” What does death mean in the world of Adventure Time when some characters croak and others live forever? And what are we to make of Glob, the nearest thing we have to a deity in this universe? Is he a creator and mastermind of all things or just a four-faced security guard living on Mars who sacrifices himself for dumb reasons? Hosts John Moe and Open Mike Eagle dig into the heavy issues of croaking, Glob, and whether candy had preservatives at the beginning of time. Plus, artist and actor Niki Yang joins us. She’s the voice of BMO and Lady Rainicorn on Adventure Time as well as being an animator on Adventure Time and several other shows. Learn how her two careers complement each other and learn which BMO episode made her cry.

For such a tiny elephant, Tree Trunks sure stirs up some big emotions. In this episode, co-hosts Open Mike Eagle and John Moe take up opposing sides in regard to the Land of Ooo’s most beloved/notorious apple pie baker. Why does John overlook TT’s selfishness? What celebrity chef does TT remind Mike of? Also in this episode, a closer examination of the Evergreen episode, a recent episode that is the earliest show yet in terms of the Adventure Time timeline. Plus, Adventure Time’s Head of Story Kent Osborne fills us in on how a story idea becomes an Adventure Time episode. He also explains how he, an actor who made a movie with Matt Damon, Ben Affleck, Brendan Fraser, and Chris O’Donnell, ended up making cartoons. 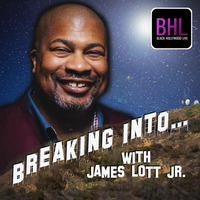 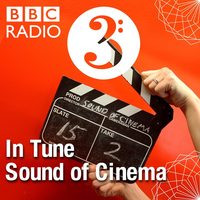 In Tune Sound of Cinema
BBC 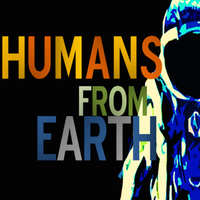