New episodes come out every Tuesday for free, with 1-week early access for Wondery+ subscribers.

In a country obsessed with gossip, the great and the good fear one thing more than any other - scandal.

British scandals change the course of history. They bring down governments, overthrow the rich and cause the mighty to fall. Some are about sex, others about money. In the end, they’re all about power.

But often at the heart of a scandal, there are ordinary human stories, stories of those caught up in the swirl of outrage.

Who was really to blame for what happened? Why did they do it? And when all is said and done, did anything really change?

From the creators of Business Wars, American Scandal and Even The Rich, comes British Scandal. We tell the stories of the murkier side of the British elite, from Phone Hacking to Saville to Profumo who show us the reality of power, the price of pride and the failings of the great and good. Because sometimes the truth doesn’t set everyone free…

For tickets and information about our upcoming live show on the 23rd May please visit: wondery.fm/britishscandallive

Matt and Alice talk to Martin Brunt, crime correspondent for Sky News. He was the first reporter to reach Hatton Garden after the break in and charted the developing story. He talks about what it was like to report on this case at the time, why it captured the public imagination, and his surprising correspondence with ringleader, Danny Jones.

It seems Reader and his crew have met their match in the form of Detective Sergeant Jamie Day. In a dramatic game of cat and mouse, will 'The Diamond Wheezers' manage to evade capture?

On May 4, 2001, Bonny Lee Bakley was found fatally shot in a car on a dark North Hollywood street. The prime suspect was her husband, famed actor Robert Blake. But Bonny, a longtime con artist, had plenty of enemies. She left behind a trail of men she’d scammed, and she had a volatile relationship with Christian Brando, the troubled son of movie star Marlon Brando.

Not since the O.J. Simpson case had the eyes of the nation been so fixated on a homicide. The search for Bonny’s killer took detectives on an eleven-month odyssey across the country and through Hollywood's underbelly of hustlers, drug addicts, and would-be hitmen. It would be the most expensive murder investigation in LAPD history to date.

This is the story of Robert and Bonny’s toxic relationship, her shocking murder, and his chaotic trial. Did actor Robert Blake kill his wife? Or was the murder someone else's vendetta?

From Wondery, and the team behind the hit series Hollywood & Crime (The Dating Game Killer, The Wonderland Murders, Death of Starlet) comes a six-part series about love, obsession and fame gone wrong. Co-hosted by Tracy Pattin and Josh Lucas.

Listen to The Execution of Bonny Lee Bakley: wondery.fm/BS_TEOBLB

Reader and his gang of pensioners make it all the way to the vault but are thwarted at the last minute. Will they walk from the job or come back the next day risking everything to get their hands on the loot?

Brian Reader has a dream – to pull off the biggest burglary in British history. But he can never quite find the right crew to do it. But then he becomes a pensioner and realizes it very well might be now or never.

Introducing the true crime podcast Persona: The French Deception— the story of Gilbert Chikli, one of the greatest con artists of all time.

What does it feel like to pick up the phone and scam someone out of $50 million? Host and award-winning journalist, Evan Ratliff, investigates how Chikli successfully duped some of the world’s most powerful people into handing over their fortunes. He explores how Chikli evaded the law for years and became a Robin Hood-like hero. More than just a tale of criminal genius, this is a show about the moment we’re living in right now — the golden age of scammers — and the power of seduction. But what happens when the fantasy we’ve been lured into finally crumbles away?

For all that and more, follow “Persona: The French Deception” wherever you get your podcasts. Or you can listen early on Amazon Music or early and ad-free by subscribing to Wondery Plus in Apple Podcasts or the Wondery app: wondery.fm/BS_Persona

Alice and Matt talk to Adam Raphael. He's an author and a journalist and in 1987 he was subpoenaed to give evidence for The Daily Star in Archer’s libel trial. He discusses Archer's character, his political skill and how similar he is to a certain British Prime Minister.

Jeffrey Archer is running for London Mayor and he thinks he can win. But is his web of lies about to come undone?

Jeffrey Archer takes the witness stand in the libel trial of the century. He has two false alibis and a forged diary to help him prove he never slept with Monica Coghlan. But will the jury believe him or is his carefully constructed world about to come crashing down?

Jeffrey Archer is a young and up and coming Tory politician. He dreams of becoming Prime Minister. But what happens when a newspaper accuses him of paying for sex? 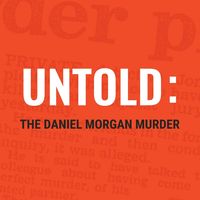 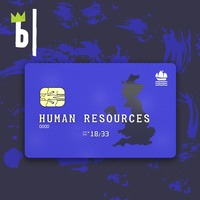 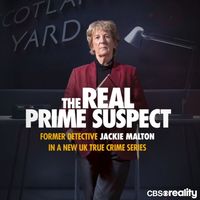 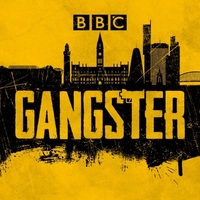