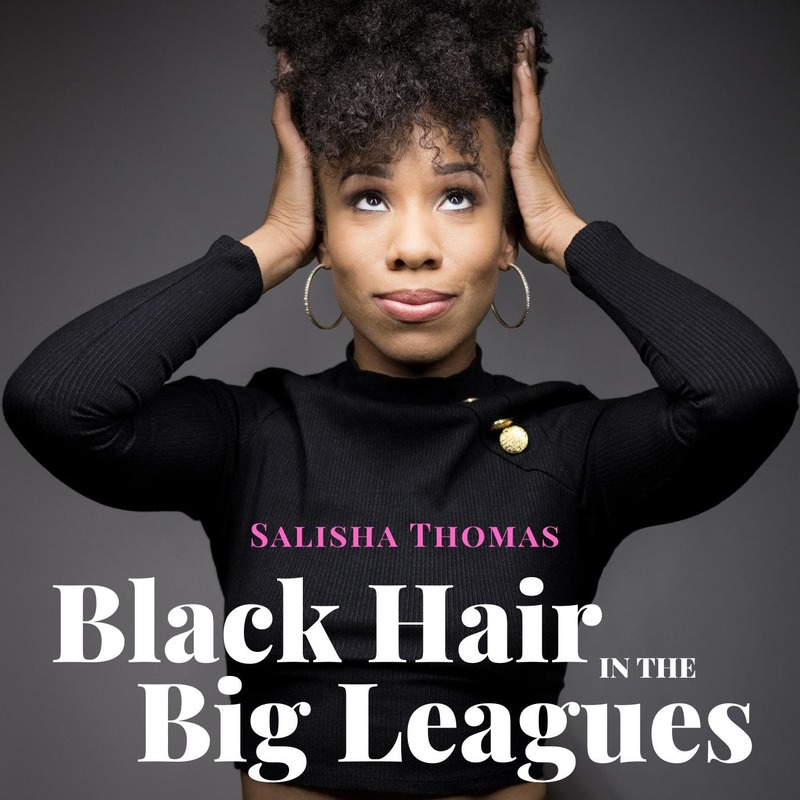 Throughout Black Hair in the Big Leagues, host Salisha Thomas sits down with badass black women (and men) on Broadway and talks about all things hair. We are sharing secrets, swapping ideas, and talking about our individual experiences backstage, onstage and beyond. But that’s not all; there are women (and men!) who can speak on this topic in other industries as well and open the conversation about what it means to show up to work being black and “put together.”After every episode, you’ll have new ideas for your own tresses and leave feeling inspired and empowered no matter what color you are to stop fighting what makes you unique, to live your best life and to embrace yourself exactly the way you are.Part of the Broadway Podcast Network.

Nikki Crawford and Adrianna Mitchell join this week's episode on Black Hair in the Big Leagues with host, Salisha Thomas! They are currently starring in the FAT HAM playing at the Public Theatre in New York City. Get your tickets Here.

Nikki Crawford graduated from Carnegie Melon has been all over TV, film, and theater. She's performed live from regional houses across the country and has been on television in Criminal Minds, Pretty Little Liars, Malcom in the Middle, and let's not forget Martin, Living Single, and A Different World to name a few!

Adrianna Mitchell graduated from Spellman and American Conservatory Theater. She's an actress, writer, and director. She's been on Blacklist, Bull, The Good Fight, Queens, Harlem's Kitchen, and Snowfall, and more!

FAT HAM is a co-production between The Public and National Black Theatre, and reinvents Shakespeare’s masterpiece Hamlet with a black, queer, and southern twist. It explores questions of identity, family, and trauma in a delectable comic tragedy directed by The Public’s Associate Artistic Director Saheem Ali.

The show stars Marcel Spears (CBS’s The Neighborhood) as the show’s modern day Hamlet– Juicy, a queer, Southern college student. Set at a backyard BBQ complete with Southern soul food , this is NOT your typical Hamlet retelling (it even ends in a drag performance). But it’s an important, thought provoking play that I hope you’ll come check out.

Nikki Crawford plays Tedra (based on Hamlet’s Mother Gertrude) and Adrianna Mitchell plays Opal (based on Ophelia) and they are wonderful, fun, and integral parts of this retelling.

Roger Q. Mason will premiere their much-anticipated play Lavender Men with Skylight Theatre Company and Playwrights’ Arena in Los Angeles, August 6-September 4. Directed by Lovell Holder, this genre-pushing play courageously re-imagines one of America’s most beloved historical icons, President Abraham Lincoln, through a queer person of color’s storytelling lens. The production will also be accessible to a national audience via streaming performances beginning August 20. Visit www.LavenderMenPlayLA.com for more information and to purchase tickets.

Tony Nominated actor, Sidney DuPont graces Black Hair in the Big Leagues with host, Salisha Thomas! He is an actor, dancer, a cinematographer, director, and award winning screenwriter. He has toured with Memphis, a Chorus Line, and Beautiful as well as doing the Australian and Broadway companies of Beautiful and is now starring in Paradise Square on Broadway for which he has received his very first Tony Award Nomination. Sidney DuPont is kind, fun, talented and radiates "Black Boy Joy." And when he is on stage, he pours every ounce of his soul into every role he takes on.

Black Hair in the Big Leagues is part of the Broadway Podcast Network.

We recorded with Tyla Collier literally in 2020 and the audio got damaged. BUT WE HAVE FINALLY RECOVERED IT!!!! SO SO happy to share this episode with you all. Tyla is an actor, singer, dancer, and an award winning Voiceover artist and audiobook narrator. Tyla is such a sweet, talented, and kind spirit in the Broadway community and currently on tour with Hadestown! Follow her journey at @tyla_collier and check out www.tylacollier.com.

Follow host, Salisha Thomas @salishathomas or read the blog at www.salishathomas.com. Black Hair in the Big Leagues is part of the Broadway Podcast Network.

Powerhouse Joaquina Kalukango joins Black Hair in the Big Leagues with host Salisha Thomas this week! She is currently starring in Paradise Square, bringing down the house 8 times a week playing Nelly. The show is fantastic. She is PHENOMENAL. She was also in the Godspell Revival, Hollar if Ya Hear Me, The Color Purple, and the original Broadway cast of A Slave Play. Not to mention When They See Us, Mahalia, One Night in Miami, and Lovecraft Country.

A graduate from Princeton AND Yale, Lileana Blain Cruz joins Black Hair in the Big Leagues with host, Salisha Thomas. Lileana is the director of The Skin of Our Teeth on Broadway which also happens to be her Broadway directorial debut!!!! Go to the Beaumont Theatre at Lincoln Center in NYC to catch the show and follow Lileana @LileanaBlainCruzofficial or her website at www.lileanablaincruz.com.

HAILING from Six the Musical on Broadway, Keirsten Nicole Hodgens joins the Black Hair in the Big Leagues lineup with host, Salisha Thomas. From Ball State University and swinging half the cast of Six on Broadway, she is black, queer, and a whole vibe. Follow her immediately @shespeaksmusic.

Black Hair in the Big Leagues is part of the Broadway Podcast Network.

MANDLA JAHAVA joins Black Hair in the Big Leagues with Host, Salisha Thomas. She is a first generation Kenyan-American actor, writer, and director based out of New York. She passionately creates and advocates for African stories from an African perspective for African people. She will be seen in Issa Rae’s new HBO show "Rapsh!t". Other credits include: Ava Duvernay’s "DMZ" and "How to Make Love to a Black Woman" produced by Lena Waithe. Regional theater credits include: Geffen Playhouse, Arizona Theater, Denver Theatre Club. She received her MFA in Acting from the Yale School of Drama ‘19 and a BFA in Acting from CalArts.

For over a year now, Safiya Vanterpool has worked as an assistant on Black Hair in the Big Leagues in the promotions department, and we are SO PROUD that she has recently created her own show called Meeno, available wherever you listen to podcasts!

Felicia Curry is currently starring in Queens Girl in the World on Theatre Row in New York City. Wise, grounded, present, connected, Felicia shares with host, Salisha Thomas how she has worked consistently, how she stays true to who she is on and off the stage, and gives advice on what to do if there is someone out there who feels an industry pivot in their spirit. 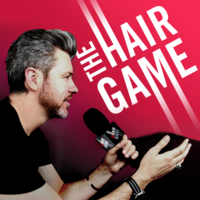 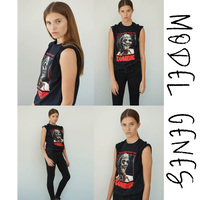 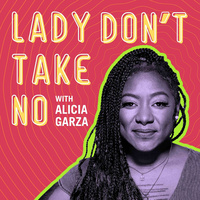 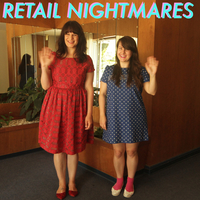 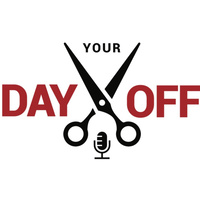 Your Day Off @Hairdustry; A Podcast about the Hair Industry!
@Hairdustry