Black Girl Nerds is a podcast and place where girls of our ilk can express themselves freely and embrace who they are. This is not a show exclusively for Black women, but it is a show exclusively for Nerds! Haha! The end of each episode provides information on each of our social networks and a preview to the next week's podcast topic. 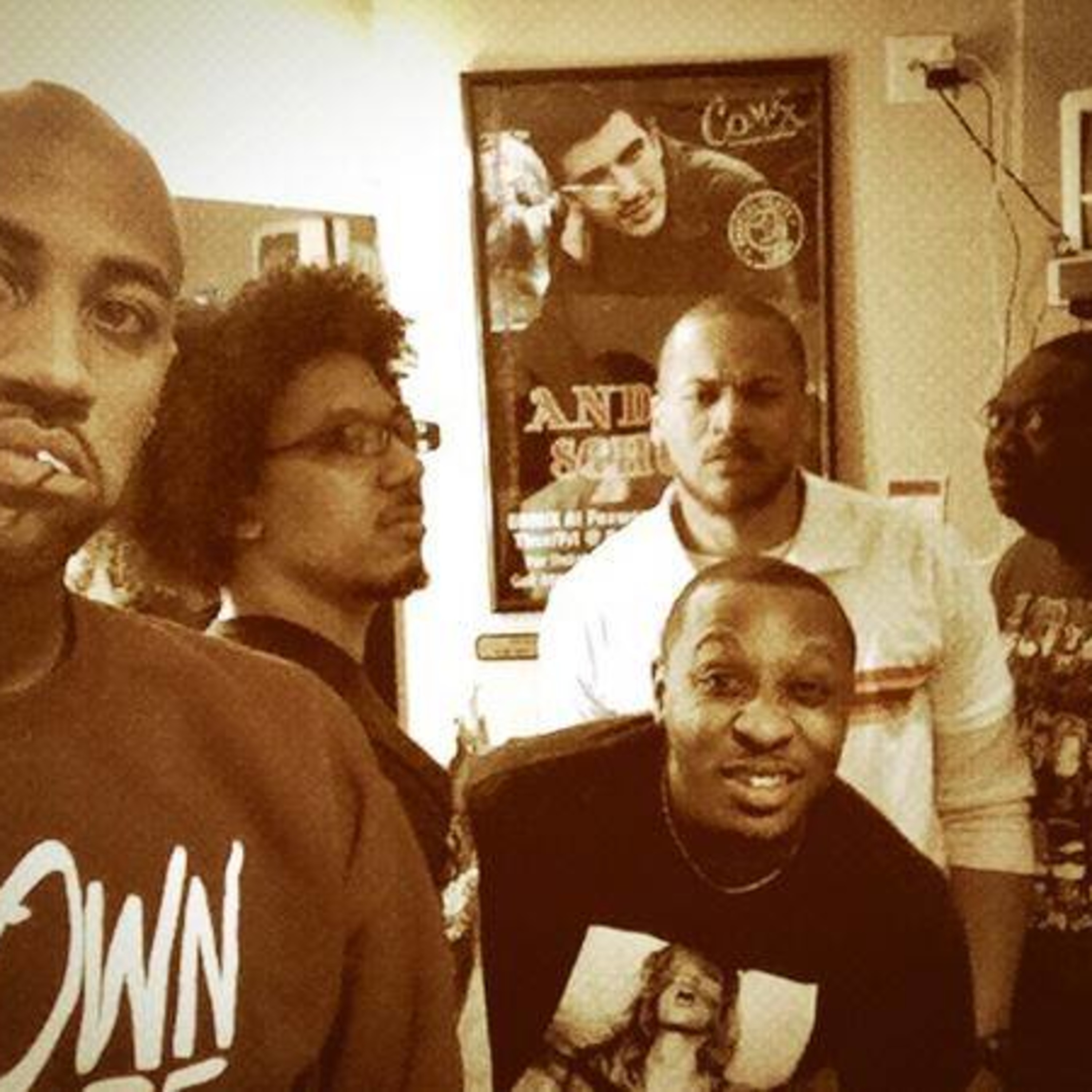 Dillon Stevenson performed stand-up at New York Comedy Club, Broadway Comedy Club, Comix at Foxwoods, and Gotham Comedy Club & other venues in NYC. He’s written, directed, and performed in sketch shows off Broadway and at benefits and events throughout the city. @theDiLLon1Gordon Baker-Bone is a stellar comedian who is regularly booked for shows all over the East Coast. . He frequently performs, produces, and hosts his own shows at clubs such as Stress Factory Comix at Foxwoods. @BakerBoneJohn Minus is a comedian, writer, and all-around great guy who lives and breathes his home state of New Jersey. Eschewing traditional Black Comedian tropes, John wants to re-invent the image of the Black Comic. He's performed at Broadway Comedy Club, Comix at Foxwoods, & Greenwich Comedy Club among others. @DonCoyoteMike Brown is a comedian and writer from Harlem, New York. He’s performed at Caroline’s Comedy Club, Stand Up NY, Laugh Lounge, EastVille Comedy Club, New York Comedy Club as well as Sirius XM. He co-hosts and produces the Comedy Outliers show, the Machine Gun Funk show, and The Big Pony Show. @YoMikeBrownCerrome Russell, born and raised in Sumter County, GA, started his comedy career 10 years ago while serving in the USMC. He was first exposed to a broader audience as a cast member on the 2nd Season of BET's popular prank show Hell Date. A staple on the Washington DC comedy scene, Cerrome has also performed in NYC and CT at places such as the Knitting Factory in Brooklyn and Comix at Foxwoods. @CerromeRussell
May 12, 2014
Episode 50 - Science Talk with Shareef Jackson and Danielle Lee
01:05:53 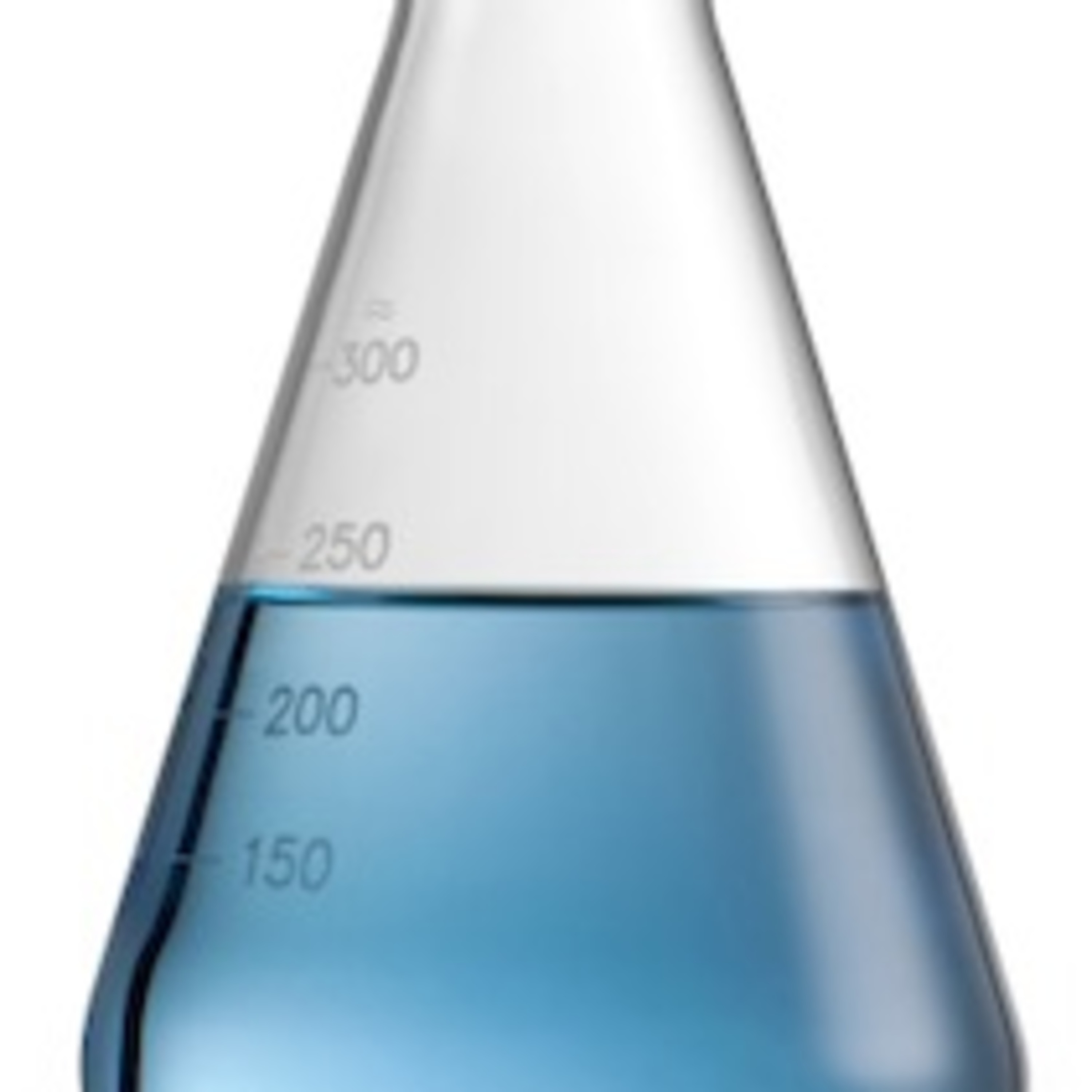 We have guests Shareef Jackson and Danielle Lee discuss all things Science! If you're a Science geek as well as a fan of the hit primetime series Cosmos, then this is the show for you!Shareef Jackson: Shareef views on science and technology have been featured on sources such as NPR, Scientific American, NASA TV, and This Week in Blackness. His science blog at ShareefJackson.com has won the Black Weblog Award for Best Science and Technology Blog in 2012 and 2013. By using the tagline #ScienceLooksGood, Shareef speaks breaks down science in a way that the average person can understand. Shareef has been able to attend several events including the Consumer Electronics Show and the final launch of NASA’s space shuttle program. Danielle Lee:Danielle is an American biologist. Lee completed her BS in Animal Sciences at Tennessee Technological University, her MS in Vertebrate Zoology at University of Memphis, and her PhD in Biology at University of Missouri-St. Louis. Lee is currently doing post-doctorate research at Cornell University, formerly at Oklahoma State studying African giant pouched rats. Recently, Lee was named as one of ten White House Champions of Change in STEM Diversity and Access. In addition to her lab and field research, Lee is passionate about science outreach and is well known for her science promotion and outreach in social media. Lee authors The Urban Scientist on the Scientific American Blog Network.
May 05, 2014
Episode 49 - Black Twitter
01:12:11 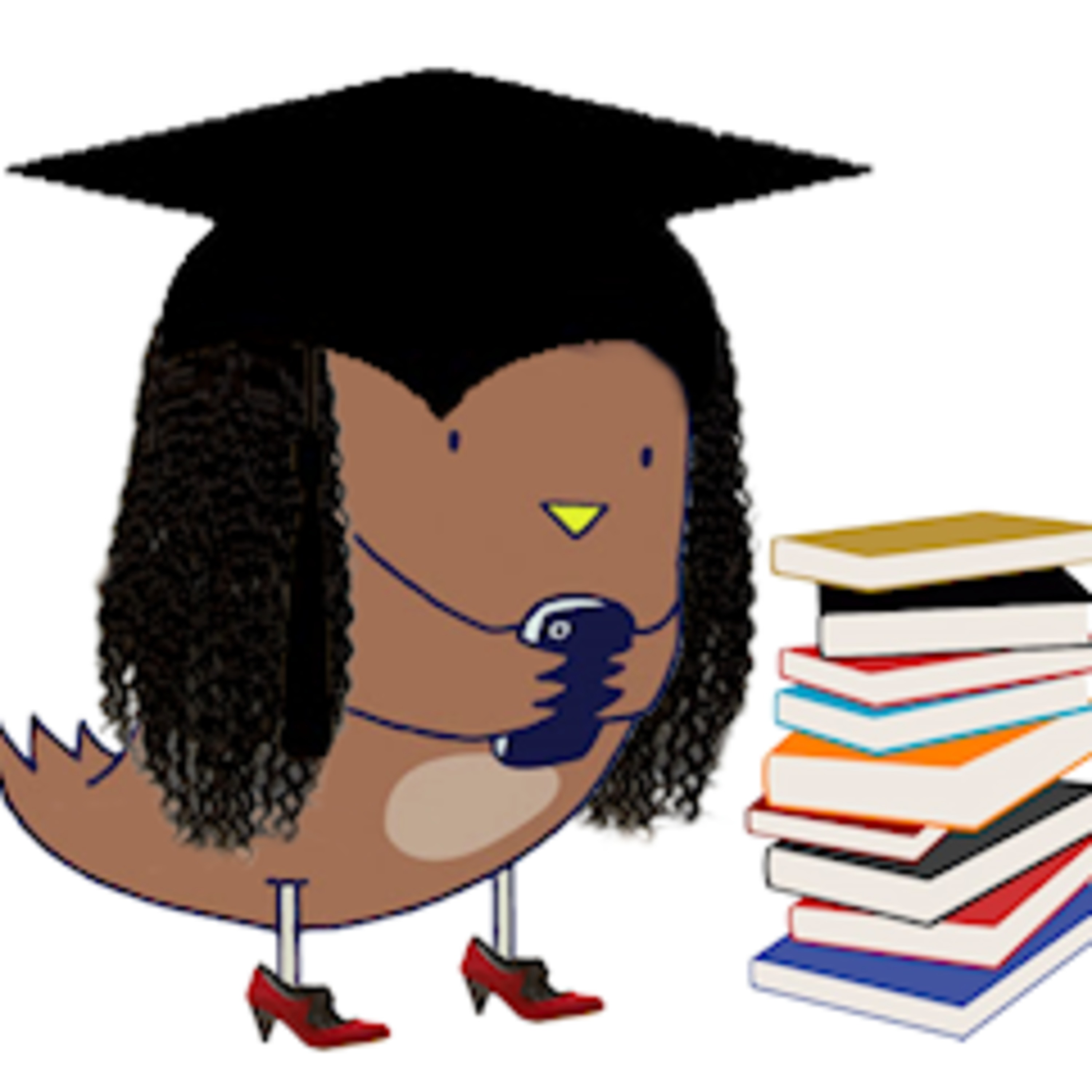 We will visit the topic of an online community in social media referred to as "Black Twitter" Black Twitter is a cultural identity on Twitter that is a collective of African-American users. We have a panel of prominent social media personalities to discuss the advent of Black Twitter and what the term means. We will also discuss the profound effect Black Twitter has had on the mainstream media and how it works to amplify marginalized voices.
Apr 21, 2014
Episode 48 - AfroFuturism
01:03:53 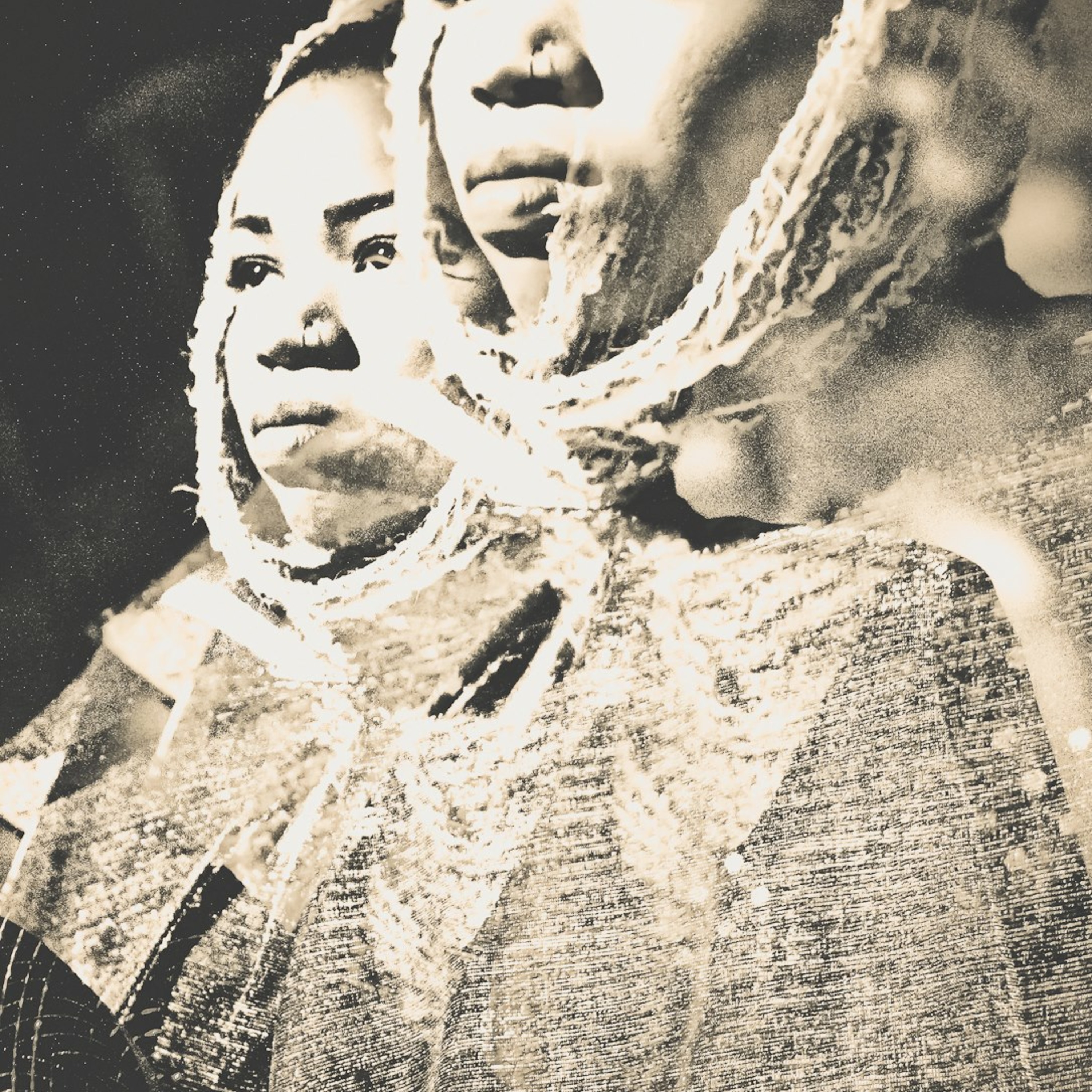 The AfroFuturist Affair is a community formed to celebrate, strengthen, and promote Afrofuturistic and Black sci-fi culture through creative events, community workshops, blogging, and creative writing. The Afrofuturist Affair uses proceeds from events to fund the Futurist Fund Community Grant. The AfroFuturist Affair is a founding member of Metropolarity.net, a 215 Speculative Fiction Collective. R. Phillips is a Philadelphia public interested attorney, speculative fiction writer, the creator of The AfroFuturist Affair, and a founding member of Metropolarity.net. She recently independently published her first speculative fiction collection, Recurrence Plot (and Other Time Travel Tales).
Apr 14, 2014
Episode 47 - Maya Glick creator of RAIN: A Fan Film About Storm
01:03:18 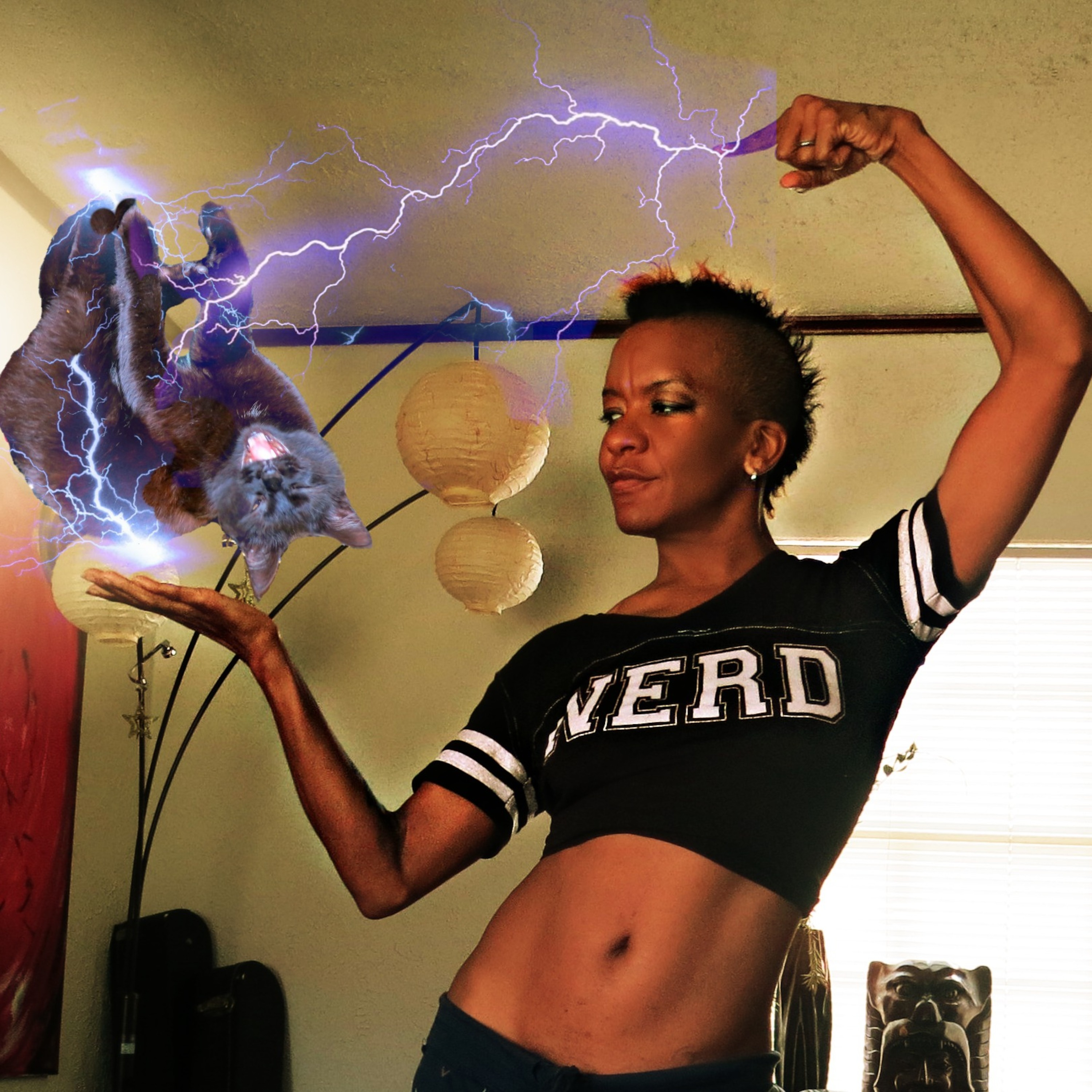 Dissatisfied with the complete lack of empowered women of color in Hollywood's superhero pantheon, Maya Glick decided to take matters into her own hands and fill in that blank herself with a bold new take on her favorite X-Men character: Ororo Munroe, best known as Storm. She joined us to discuss her project currently production as well as this refreshing take on the punk Storm.
Apr 07, 2014
Episode 46 - Editors Rose Fox and Daniel José Older
01:05:00 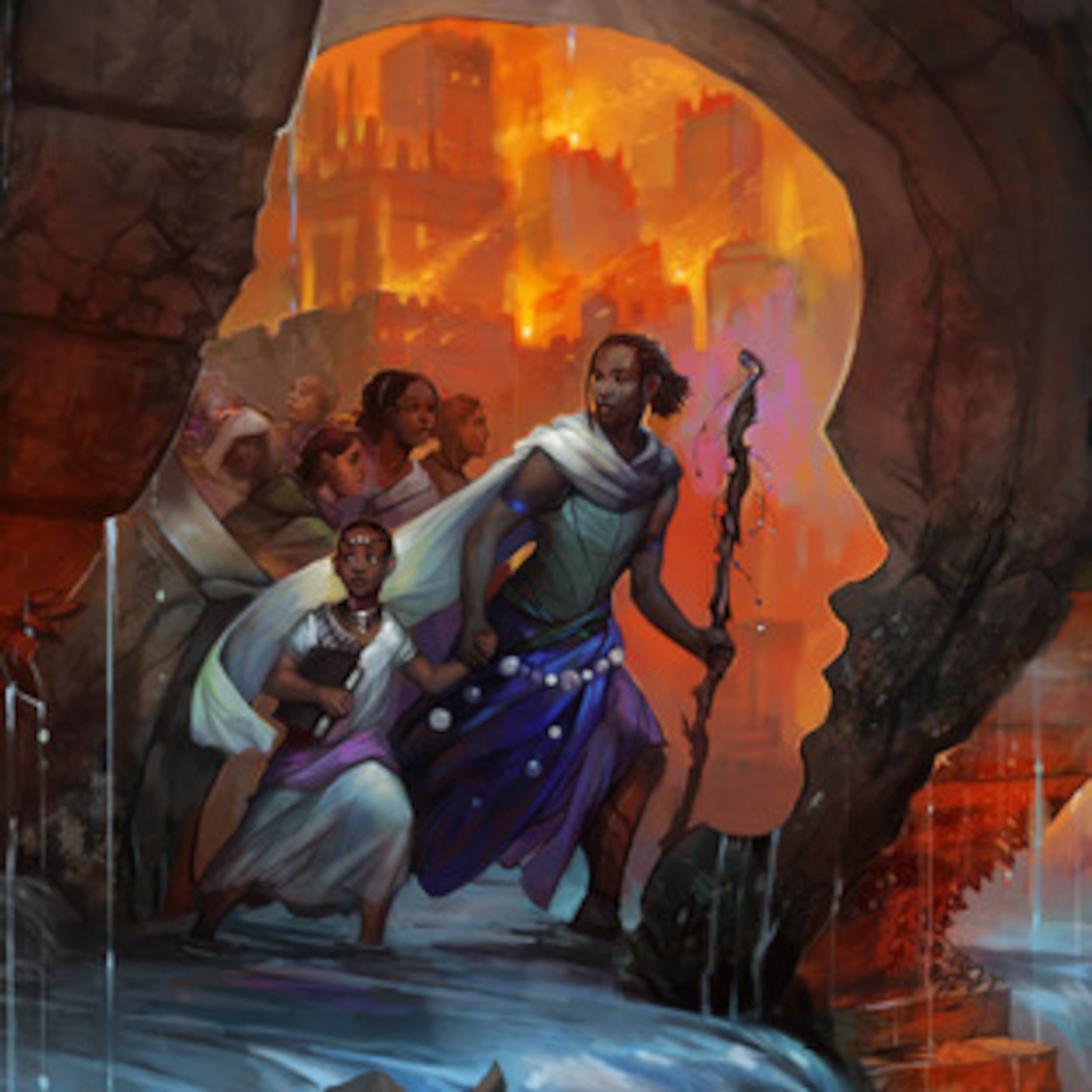 Long Hidden: Speculative Fiction from the Margins of HistoryThis all-original anthology, edited by authors Older and Fox, expands the focus of Anglophone speculative fiction beyond protagonists who are white, straight, cisgender, and male. The narrative highlights 27 selections from various authors.Rose Fox is a compulsive magazine editor with a lifelong love of genre fiction. Credits include: reviews editor for Publishers Weekly, co-host of Publishers Weekly Radio, editor-at-large for #24MAG, and dissociative editor of the Annals of Improbable Research. Daniel José Older is a Brooklyn-based writer, editor and composer. Salsa Nocturna, Daniel's debut ghost noir collection, was hailed as "striking and original" by Publishers Weekly. He facilitates workshops on storytelling, music, and anti-oppression organizing at public schools, community organizations, and universities.
Mar 31, 2014
Episode 45 - Geek & Sundry Crew
01:06:46 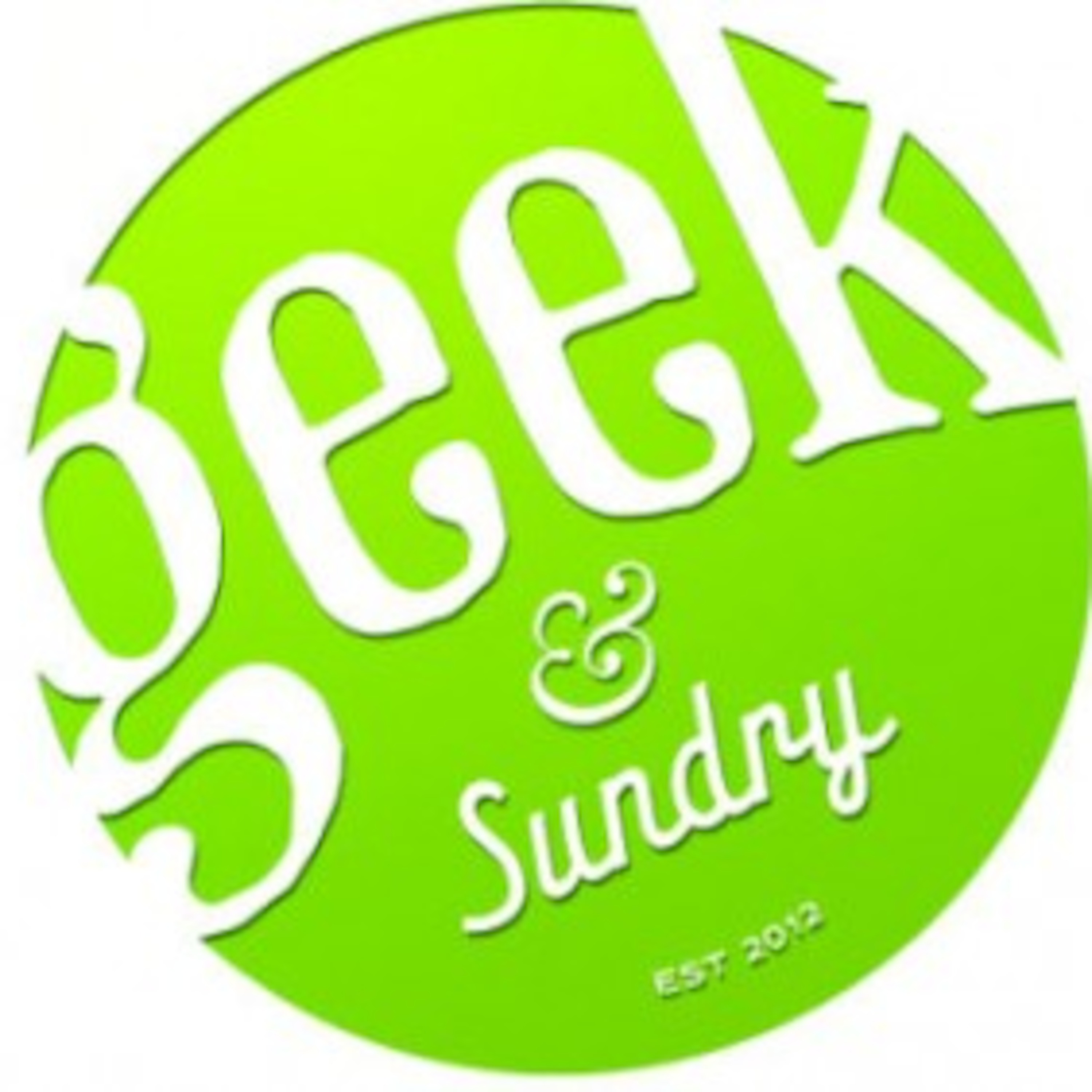 Holland and Akeem are vloggers for the popular nerd-centric website Geek & Sundry. Geek & Sundry is a commerical YouTube channel and multimedia company started by Felicia Day. Holland and Akeem have their own independent channels where they do movie reviews, comment on geek culture, and travel to cons all over the country. Sarah Rodriguez who also works for Geek & Sundry and is the founder of Nerdy B Flirty also appeared as a guest.
Mar 17, 2014
Episode 44 -Black Comics: Politics of Race and Representation with Dr. Sheena Howard
01:02:24 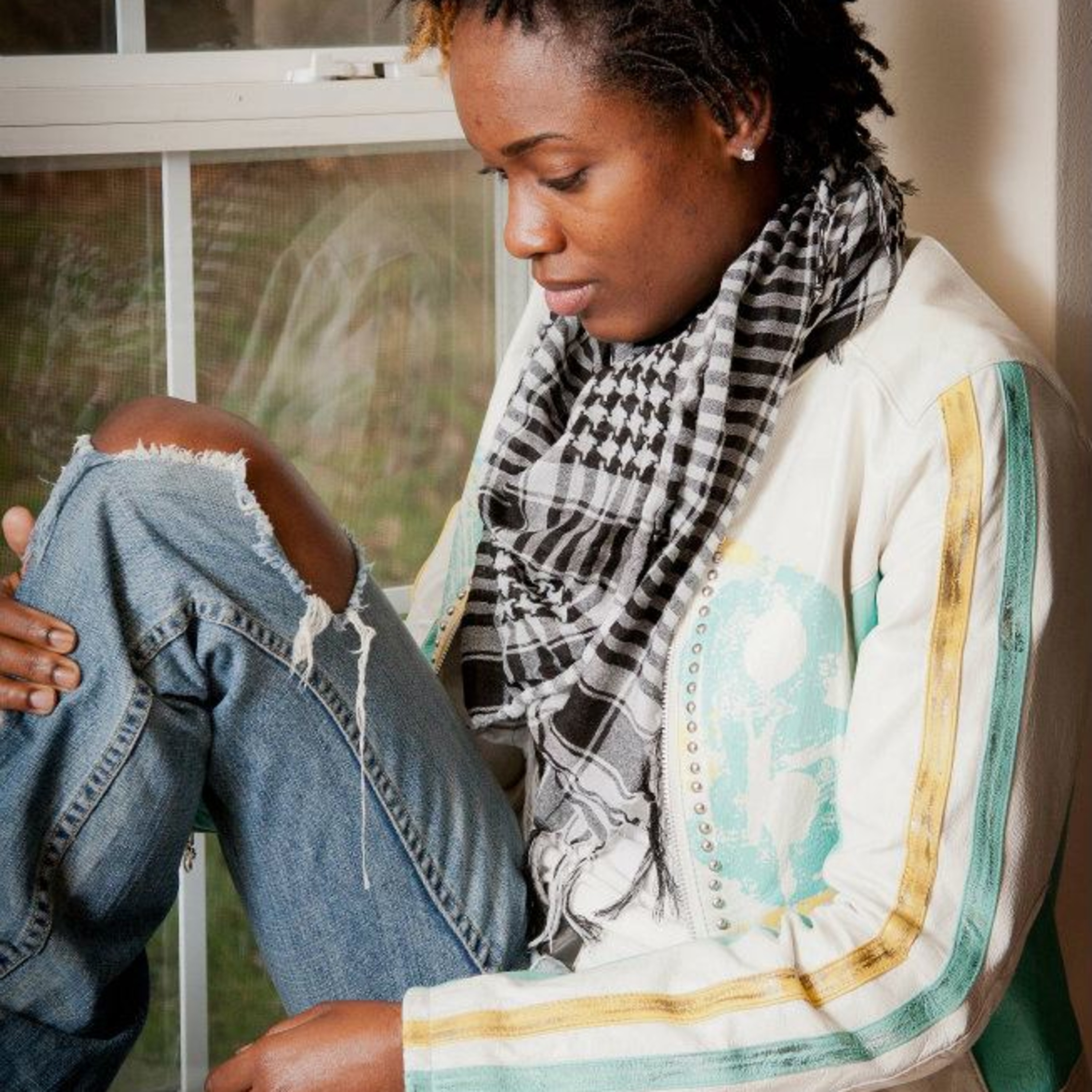 Dr. Sheena Howard will appear to discuss the representation of race in comic books as well as representation of the LGBT community in comics. Dr. Howard is the author of the book, BLACK COMICS: POLITICS OF RACE AND REPRESENTATION.
Mar 10, 2014
Episode 43 - Best Villains
01:25:42 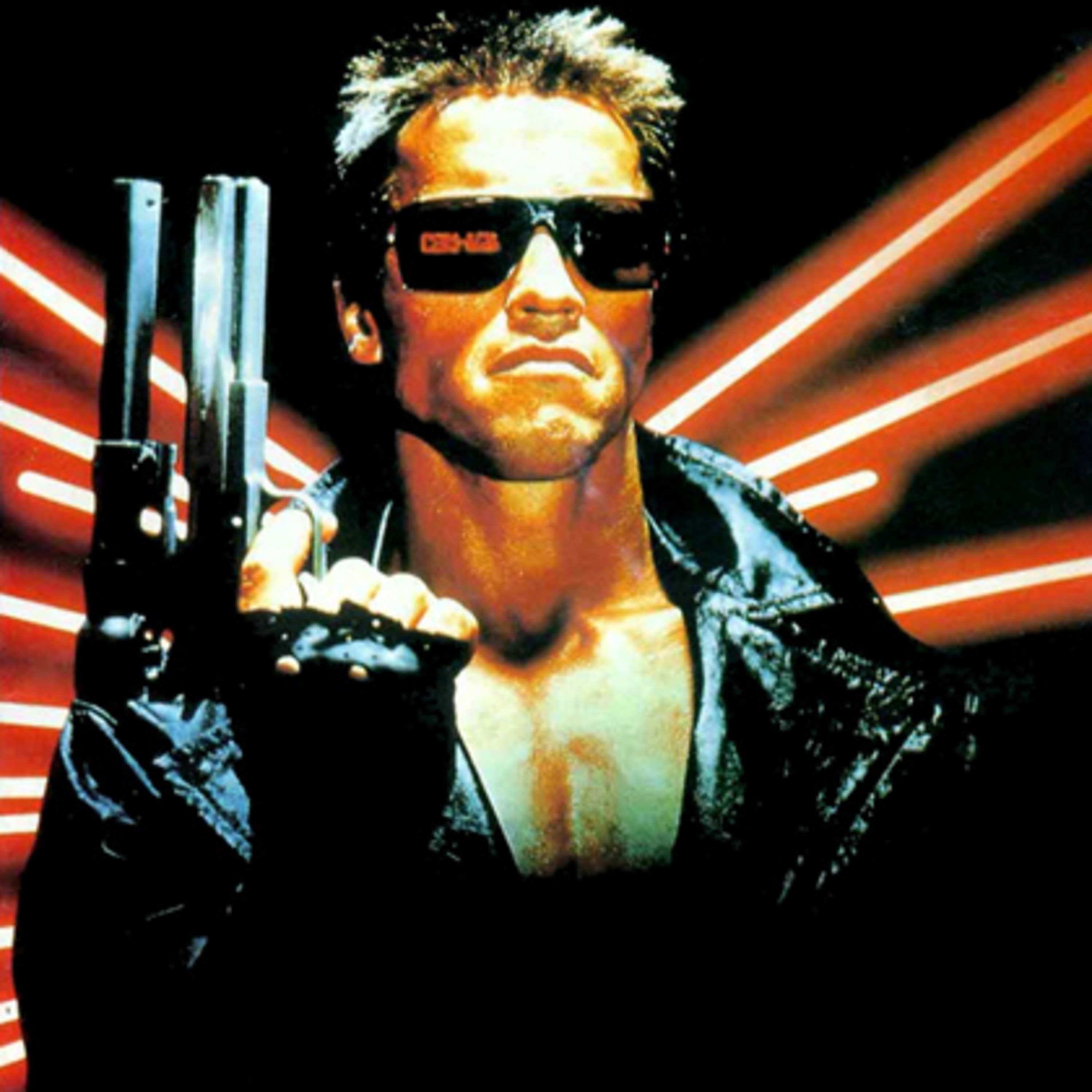 Inspired by the #GeekEChat led by the 7th Matrix, we are doing a show soley dedicated to our favorite villains and foes! We will talk about the best and worst of all time, and also what are the personality traits that make up a great villain? If you love the bad guys and bad girls this is one show you cannot miss!
Jan 20, 2014
Episode 42 - Sleepy Hollow Podcast
01:01:03 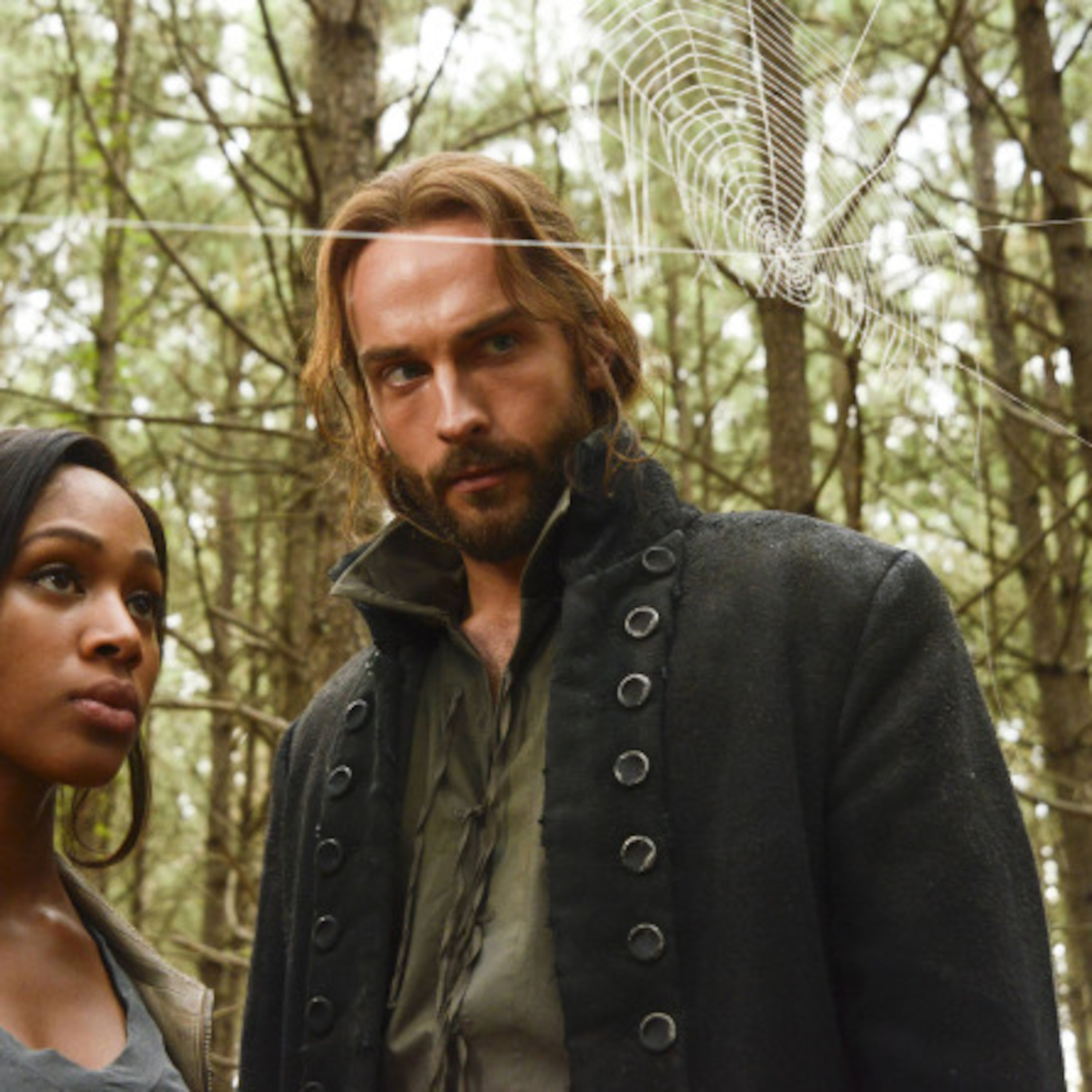 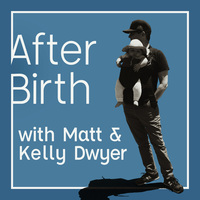 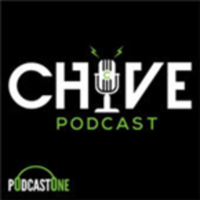 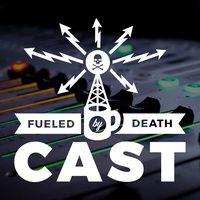 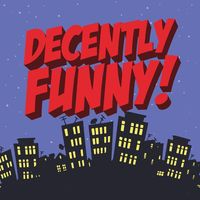 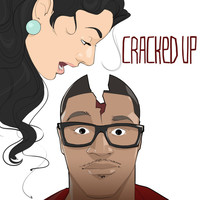 Cracked Up
Cracked Up Podcast