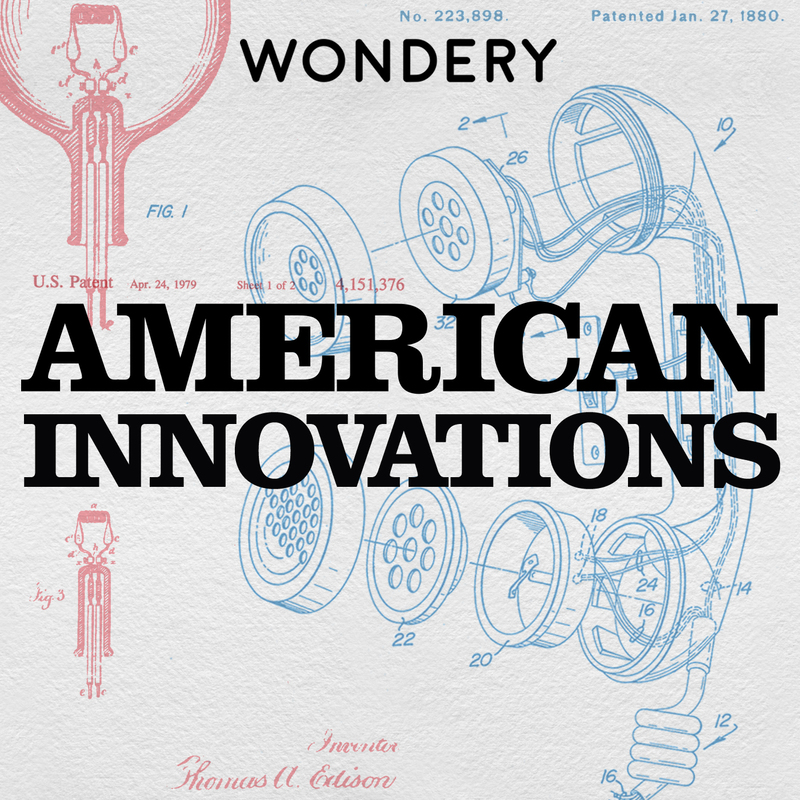 DNA science. Artificial intelligence. Smartphones and 3D printers. Science and technology have transformed the world we live in. But how did we get here? It wasn’t by accident. Well, sometimes it was. It was also the result of hard work, teamwork, and competition. And incredibly surprising moments.

Hosted by bestselling author Steven Johnson (“How We Got To Now”), American Innovations uses immersive scenes to tell the stories of the scientists, engineers, and ordinary people behind the greatest discoveries of the past century. From Wondery, the network behind Business Wars, American History Tellers, and Dirty John.

What technology won WWII? Most people would say the atomic bomb, but the real answer is radar.

As a small island country, vulnerable to aerial attacks, England took the lead in developing radar in the 1930s. But the early radar systems were too massive to fit into planes, where they would be of most use in the fight against the Germans. At the heart of the problem was a technological catch-22. Smaller radar systems were, by definition, less powerful.

Or so everyone thought, until a mismatched pair of brothers in Northern California decided to take a crack at creating a new kind of radar...

This is episode one of our three-part series on radar, “Welcome to Tuxedo Park.”

When we face challenges in life, we seek answers from people we believe can help us. When tragedy strikes an exclusive retreat with a self-help superstar, many people are left to wonder: how far is too far? James Arthur Ray was an Oprah-endorsed self-help teacher who achieved fame, fortune, and influence. But friends and family members of his followers questioned his unorthodox methods, and tried to stop him. From Wondery, the makers of “Dirty John,” “Dr. Death,” and “The Shrink Next Door,” comes a story about the dark side of enlightenment. Hosted by journalist Matt Stroud.

Back in March, the NBA pressed pause on its 2019-20 season. Now, the league wants to pick up where it left off – but with Covid-19 rates on the rise, it’s not going to be easy.

This week, Kavitha Davidson, host of The Lead, walks us through the NBA’s plan to move 16 teams into a “bubble” at the Disney World Resort. What rules will players have to follow? And will the risks to players’ health be worth it?

Check out The Lead, Wondery’s daily sports podcast, at https://podcasts.apple.com/us/podcast/the-lead/id1478448344

In 1955, the world received its first viable polio vaccine, courtesy of Jonas Salk. He was hailed as a hero until kids started to fall sick with polio. A bad batch of vaccines was thought to be the culprit. But it was also an opening for a scientist with a competing vision. Albert Sabin warned of the dangers of Salk’s vaccine from the start. The final clash between the two vaccines, and the two scientists, is the true story of how polio was conquered.

On the surface, they have nothing in common. But, according to network scientist Samuel Scarpino, they’re all complex systems that spread. Sam’s job is to crack the rules underlying their spread, and then apply them to epidemics such as Covid-19.

Read more about Sam’s work in Steven’s New York Times Magazine article, “How Data Became One of the Most Powerful Tools to Fight an Epidemic”:data.html"> https://www.nytimes.com/interactive/2020/06/10/magazine/covid-data.html

Pressure mounts to release a vaccine for polio, but a rushed vaccine could have disastrous results. After all, vaccines contain benign samples of the viruses they’re designed to protect against. If a flawed polio vaccine were to be tested on humans, it wouldn’t cure the disease – it would help spread it.

Athletic Greens - athleticgreens.com/ai to get 20 free daily packs with your first package.

It's February 2nd 1922, and all of Hollywood is about to wake up and learn that William Desmond Taylor, the most famous film director in town, was murdered in his home last night. The investigation will shine a light on some of Hollywood's most scandalous affairs, backroom deals, and underground drug dens. This real life Murder Mystery is one of the most iconic "whodunnit" cases of the 20th century that will leave you guessing and second guessing who killed William Desmond Taylor for weeks to come. Co-hosted by Tracy Pattin & James Remar

Listen to Murder in Hollywoodland: wondery.fm/innovationsMiH.

Most CEOs hated the idea of employees working from home. But when the coronavirus hit, they didn’t have a choice. They sent their white-collar workers home before they’d even learned how to mute themselves on Zoom. What happened next surprised everyone. Productivity shot through the roof. Now, companies don’t know whether they should bring workers back to the office, even if they can do it safely.

We’ve invited Clive Thompson, fresh off his piece for The New York Times Magazine about remote work, to talk us through this rapid culture shift. What, exactly, makes remote work so produc