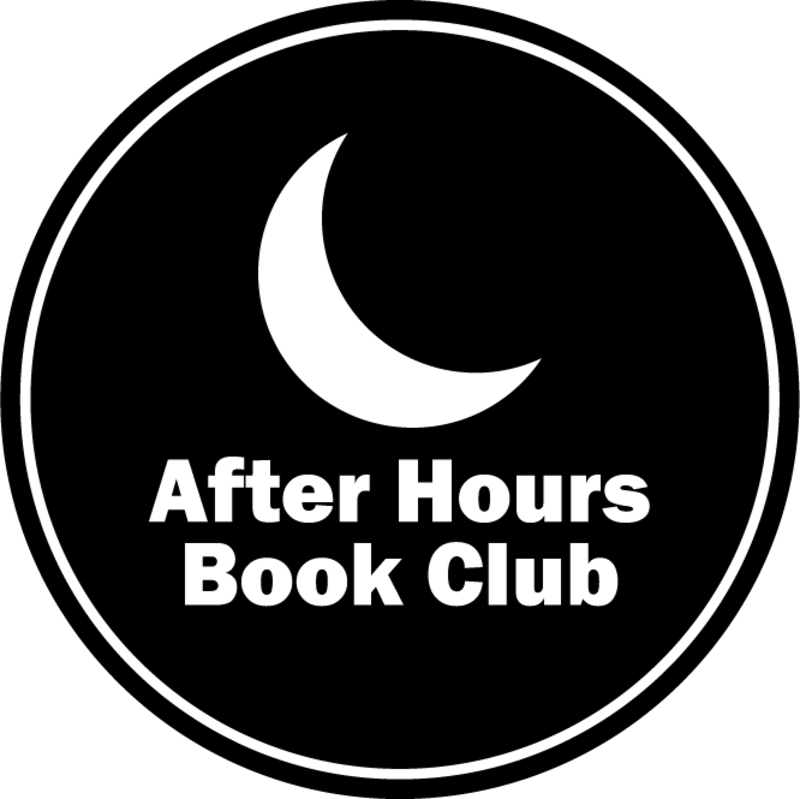 "When Jenny adds a little whimsical flavor to her garden with a trio of gnome statues, she never suspects what's in store. When the sun goes down, Jenny discovers her new lawn ornaments are ready to get busy, and they know how to use those pointy red hats to please a woman!Explicit adult material. Three on one action, hard pointy hats, and gnomehoods as big as any man's!"

A quick update and apology from Rine on previous assumptions she has found to be incorrect and why she's upset with Stephen Colbert...

WARNING: Explicit Content. After Hours Book Club continues with Enslaved: The Orc Captive Part One by Azurée Lovely and S.L. Ramsey (which, like a jerk Rine first mispronounces and then forgets to mention entirely throughout the podcast). Ever wonder what it would be like to have relations with an Orc? Us neither. But now we know! Our pain is your laughter. Enjoy!

"When orc raiders attack her caravan and the guards lie dying, Gillian expects a similar fate. Instead, she discovers the beasts have other plans for her. Bound and blindfolded, she knows each step brings her closer to an uncertain future. But when she captures the attention of a powerful orc—a grayskin that looks at her with such raw, piercing need that she is held captive in his gaze—it occurs to her that he may be the key to surviving the barbarity of the horde. Her only hesitation is that she must consider what he will demand in return for his protection.Enslaved is a novella. It is the first of three entries in The Orc Captive serial. Due to strong sexual content, it is recommended for mature readers only."

The After Hours Book Club did it! We finally found a book we both liked! There will be far less groaning by Rine in this episode, we promise! But seriously- she only went on a mini rant once this time. Have your favorite childhood fairytale take on a sexy twist with Riding Lil' Red Hard by the great Eddie Cleveland.

"F*ck big bad Wolfe.Nobody is gonna eat her but me.It started with a simple bet. The stakes were clear.If I won, I'd get a kiss. Not one of those quick pecks either.No.A long, tantalizing taste that would make her head spin and leave her breathless.If she won, I'd drive her out of this sh*t town on the back of my Harley.It wasn't exactly a tie, but we both got what we wanted.Now I'm taking Red on a road trip to her grandmother's house.A place for her to be safe. A place for her to start over.Because if her psycho ex, Wolfe, hunts her down, he'll kill her.Unless I destroy him first."

Join us in two weeks to discuss our next brain busting book!

We actively apologize for this in advance. You see, we had a bit to drink and this story was extra awful. What screams ROMANCE and Valentines Day quite like Werewolf erotica? Our pain is your pleasure.

"Single Serena is tired of staying home alone on Valentine's Day. This year, it's a full moon, and she intends to get out and have some fun. That is until she hears what she thinks is an injured dog in the woods behind her house. When she goes to investigate, she discovers it's another kind of canine altogether. After she nurses him back to health, he's desperate to repay the favor, but there's only one kind of favor she's interested in!"

No book readin' necessary for this week's episode, gentle listeners! In this special "Get to Know You" Minne-sode, Rine tortures Sav with some of the worst "would you rather" questions she can think of. We're getting real and we're getting REAL FAST. Do you have the perfect GTKY question? Submit it via email to 3DGPodcasting@gmail.com and Rine will be happy to feature it on our next episode!

This was the worst shit we've ever read, and that's saying something. It is really, truly cringe-worthy in every sense of the word. You will absolutely hear groans throughout the podcast, but not the fun ones. We really took one for the team and read Taken by the Pterodactyl so you don't have to. You're welcome.

"Dianne is a shepherd, watching over a flock of sheep. She is sworn to protect them against any predators– no matter the size. But when a flock of pterodactyls attack, Dianne has no choice but to use herself as bait to draw their attention away from her precious flock. One pterodactyl swoops in and picks her up, taking her to his nest. She fully expects to be eaten by the massive beast, but when it starts to peck her clothes away, leaving her naked, she begins to understand that the pterodactyl might have carnal pleasures in mind. Dianne finds herself excited by the prospect and acquiesces. But can Dianne accommodate such a massive creature?"

We didn't realize alien erotica was a thing, but clearly it is! We're excited to discuss Mastered by Her Mates by Grace Goodwin. Amanda Bryant as she becomes Earth's very first Interstellar Bride, mating with not one, but TWO gigantic warriors from the Zakar clan. And yes, butt plugs make an appearance in this episode as well.

"Amanda Bryant has been a spy for five long years, but when aliens suddenly appear claiming a deadly enemy threatens Earth's very survival, Amanda is asked by her superiors to accept the most dangerous mission of her life...volunteer to be an alien's bride, to share the strange warrior's bed, and then betray him."

Join us in two weeks to discuss our next brain busting book!

In honor of the little baby Jesus, we will be reviewing Cowboys for Christmas by Jan Springer for our very first episode. We laugh, we cry, we drink, we discuss purple penis'... and butt plugs. SO many butt plug jokes.

"Jennifer Jane Watson has spent the past ten Christmases in a maximum security prison. The last thing she expects is to get early parole along with a job on a secluded Canadian cattle ranch serving Christmas holiday dinners to three of the sexiest cowboys she's ever met!"

Join us in two weeks to discuss our next brain busting book: Mastered by her Mates by Grace Goodwin (we highly recommend reading along with us prior to listening).

AudioShelf: After Dark
Britney and Brad 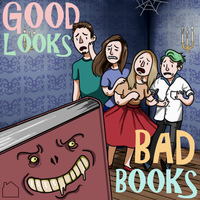 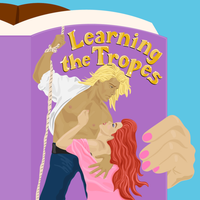 Learning The Tropes: A Podcast for Romance Novel Veterans and Virgins
Erin Leafe and Clayton Gumbert