Afoot, the mystery podcast! What makes a mystery a mystery? It’s a genre with a puzzle at the middle, but which takes many forms across all media. We talk books, comics, TV, movies, audio plays, theatre, and more, and stretch boundaries while staying true to the form. Find us on Twitter @afootcast and our reading recommendations and upcoming books at Goodreads.

We’ve all started reading down mystery series or authors, and then hit a point where we said, “nah, I’m good.” In this episode, we talk about what we gave up on and why, and some we loved all throughout. This comes from a place of love: we enjoyed early installments enough that we kept reading, but something eventually got lost for us. In fact, we often recommend the first few or even several novels, and tell you when the best point to stop is — the subtitle of this episode is “exactly when to stop reading.”

An important note: this episode was accidentally recorded with macabre timing. The first author we discuss on this show, Sue Grafton, passed away while we were recording the episode — that same evening. We obviously didn’t know while recording, and found out the next morning. Thus, we speak about her as a current writer. We’ve edited the episode to remove some discussion about the planned final novel in her series, Z, which her family says wasn’t written and which they won’t hire someone else to write.

Some Afoot news: we haven’t been able to get enough panelists together for regular tapings, so we’re going on hiatus. We will produce episodes occasionally in the future.

Mystery series we initially enjoyed and then gave up on

Forty years ago, Neil Simon wrote a pair of parodies in the mystery vein: the 1976 film Murder By Death, which sent up the great movie detectives, and The Cheap Detective in 1978, which took on hard-boiled Bogart characters, like Sam Spade. The two films have a lot in common, including Robert Moore as director, Peter Falk as the Bogie analog, and Madeline Kahn in a wonderful supporting role in each. But the Afoot panel prefers one to the other. Which one? You’ll have to listen to find out.

We have spoiler-free parts of this podcast for each film, so if you just want our overview without any giveaways — hey, they’re parodies, but they’re still mysteries — use the chapter markers in your podcast app or these timestamps:

Murder By Death and The Cheap Detective

The original rumpled detective, Columbo, broke the mold of the urbane cogitator or hardboiled world-weary dick who merely needed to assemble all the clues — and keep from being killed. Nearly every episode of the long-running TV character (across two series and 69 episodes) showed viewers the murder at its start. Columbo, a police detective, is brought in on the case, and we see the killer becoming increasingly agitated as he relentlessly circles his prey. We talk about episodes and actors, and why Falk created an enduring character.

Incomparable Memberships!: Sign up, help support Afoot, and get some fun bonus material. For Afoot, we recorded a crossover Game Show episode with panelists playing Murder, She Wrote, the board game.

She’s smoothly sensual, a sharp dresser, and has a wicked uppercut. We travel to the Antipodes to visit with Phryne Fisher, the protagonist of a series of 20 murder mystery books and three seasons of an adaptation to television. We like the cut of her jib and the stab of her knife. If you’d like to prep before listening, we read three of the books: Cocaine Blues, our introduction to the cast, which grows and grows; Murder in Montparnasse, which fleshes out her backstory; and Murder in the Dark, which takes place on a rambly country estate and features a sex cult. We fire off the spoiler horn after our initial background discussion.

We talk about mysteries written for kids, which are often good reads for adults! Among panelists, we count six children at home and all of us remain kids at heart. The episode also features special guest Rex Fleishman for a brief discussion of a series he loves. We have dozens and recommendations, and have tried to list most in the show notes.

What’s more appropriate for Halloween than Scooby-Doo? Join Afoot as we recount the nearly 50-year history of the show, talk about our favorite and least-favorite eras, praise voice actors, and dissect the problem with the show switching from old men in rubber masks to real ghosts, zombies, and monsters.

The Maltese Falcon is one of the noir books that defined the genre. But the first try at making this spare, grim book about a fancy bird into a novel didn’t take. Nor did the second. The third is the one we all recall, with Humphrey Bogart and Mary Astor. And even it’s a bit weird. In this episode, we bring in ringers Dylan Meconis, whose grew up with a Bogart shrine in her home, and Brock Winstead, a Falcon fan.

You can watch the full versions online:

Veronica Mars is the greatest detective series that many people watched, but clearly not enough! A determined, hard-nosed teenager, Veronica had absolutely no concern about invading the privacy of others in her pursuit of solving a case her father is working on, troubles her classmates brought to her, or getting to the bottom of the season’s overall arc—the murder of her best friend. It’s time to revisit the first season of the show 12 years after it debuted, and a bunch of great fans of the show and one newcomer, the host, talk episodes, characters, themes, and comparisons to other programs. We start off without disclosing anything, then blow the spoiler horn at 13 minutes, 20 seconds into the episode.

marshmallows in an iron glove

Sherlock Holmes is the most portrayed, parodied, adapted, and extended detective in the history of the genre. In this episode (part 2 of 2), Afoot panelists discuss more of their favorite Holmes' depictions and extensions. This time: Failed TV pilots that use Holmes or Holmes-like characters, the movie Young Sherlock Holmes, House, M.D., Robert Downey, Jr's portrayal in movies, the movie of The Seven-Percent Solution, and the Mary Russell series by Laurie R. King.

Sherlock Holmes is the most portrayed, parodied, adapted, and extended detective in the history of the genre. In this episode (part 1 of 2), Afoot panelists discuss their favorite Holmes’ depictions and extensions. This time: Jeremy Brett, Sherlock (BBC), an episode of Magnum, P.I., the movie They Might Be Giants, Elementary (US TV), and The Great Mouse Detective. 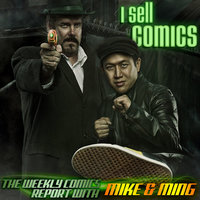 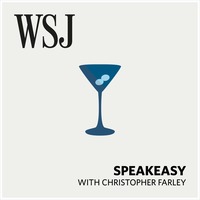 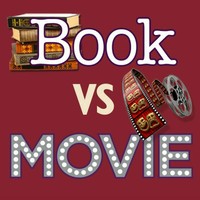 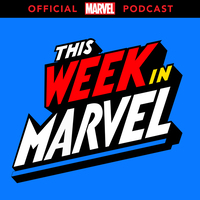 This Week in Marvel
Marvel 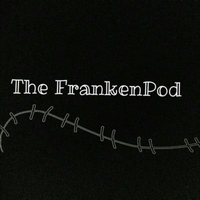