From Yorktown to the Civil War, Pearl Harbor to 9/11, discover the pivotal moments that defined each president's life and legacy and the lessons we can draw from them. New episodes available the 1st and 3rd Mondays of each month.

"Who was the biggest presidential bust?""Do any of our presidents have an unvarnished legacy on race?""Which 19th century president would fail under the media scrutiny of today?"You've all been submitting some great questions this summer and today I take some time to answer them. Thank you everyone who participated. Enjoy the show!

Woodrow Wilson's wives had a tremendous impact on his presidency. His first wife, Ellen Axson Wilson, died the week World War I broke out in Europe, leaving the president so depressed at a moment of crisis that he told aids he wished someone would shoot him. Less than a year later, he was over it, and instead obsessed with his courtship of Edith Bolling Galt, sometimes writing her three letters a day. When a stroke crippled Wilson in the final years of his presidency, it was Edith who cared for him and maintained the illusion that he was still healthy enough for the office - leading some to dub her the first female president.Join me as I talk with White House correspondent Paul Brandus (@WestWingReports on Twitter), author of several books on the presidency and first ladies, about the relationships and influence of Wilson's Wives.

For the first 128 years of American history, the United States followed the parting advice of its first president, George Washington, to stay out of European wars.That all changed with Woodrow Wilson.Wilson wielded the power of rhetoric to change not just the country's course, but the way Americans thought of themselves - They had a destiny to make the world safe for democracy. But even as Americans embarked on this quest, the ideals Wilson gave life to began to flicker and dim as he succeeded in winning the war, but failed to win the peace.Join me as I talk with Thomas Knock, who is both the chair of the department of history at SMU and a Distinguished Fellow at the Center for Presidential History at SMU, as well as the author of To End All Wars: Woodrow Wilson and the Quest for a New World Order, about Wilson, World War 1, and the quest for a new world order.

No 20th century president did more to set back racial equality in the United States than Woodrow Wilson. His administration introduced a silent policy of segregating the federal government, and when he finally spoke out about it, he gave weight to a philosophy that was used to rationalize continued segregation for decades more. Join me as I talk with Eric S. Yellin, an associate professor of History and American Studies at the University of Richmond and author of Racism in the Nation’s Service: Government Workers and the Color Line in Woodrow Wilson's America, about the racist legacy of Woodrow Wilson.

Woodrow Wilson is one of the most legislatively accomplished progressive presidents in American history.  His list of achievements ranges from the first progressive income tax to the creation of the Federal Reserve, an inheritance tax, a child labor law, and more. But a list doesn't do justice to the effort it took to get these laws passed or the impact they had on the Americans' lives.Join me as I talk with John Milton Cooper, a professor emeritus at the University of Wisconsin-Madison and author of Pulitzer Prize-finalist Woodrow Wilson, a Biography, about the progressive legacy of Woodrow Wilson.

The Spanish flu of 1918 wasn't from Spain and it didn't start or end with 1918. It lasted for years, killed millions around the world, and it infected President Woodrow Wilson himself, right as he was negotiating the treaty that would end World War I. The costs of that infection may have been the values and world order he'd taken the United States into the war to achieve.Join me as I talk with John Barry, Distinguished Scholar at the Tulane University School of Public Health and Tropical Medicine and author of The Great Influenza: the story of the Deadliest Pandemic in History, about Woodrow Wilson and the Great Influenza of 1918.

Woodrow Wilson was once regarded as one of the great progressive presidents of the 20th century. Then historians took another look at his record on race. Today, he's a bit of a mixed bag. But one thing you can't argue is the years he was president changed the world.Follow along as Wilson gives up on politics to become an academic, only to unexpectedly rise from Princeton president to New Jersey Governor to American President in two short years! Wilson's presidency will witness a raft of progressive change, a reactive retreat on racial progress, and a little thing called World War I. Buckle up. It's a wild ride. Bibliography1. The Moralist: Woodrow Wilson and the World He Made – Patricia O’Toole2. William Howard Taft – Jeffrey Rosen3. T.R. the last Romantic – H.R. Brands4. Warren G Harding – John W. Dean5. FDR - Jean Edward Smith6. Truman - David McCullough

William Howard Taft is the only American in history to serve as both president of the United States and chief justice of the Supreme Court. But how did his experience as president shape his leadership as chief justice? What role did it play in his nomination process, and how good of a chief justice was he, anyway?Join me as I talk with Kevin Burns, an assistant professor of political science and economics at Christendom College and author of 0-7006-3211-4.html">William Howard Taft’s Constitutional Progressivism, about the judicial impact and legacy of William Howard Taft.

PS: I'll be speaking at the 2022 Intelligent Speech conference on Saturday, June 25. Tickets can be purchased at the link below. Use the code "abridged" to save 10%.https://www.intelligentspeechconference.com/

I'll be speaking at the 2022 Intelligent Speech conference on Saturday, June 25. Tickets can be purchased at the link below. Use the code "abridged" to save 10%!https://www.intelligentspeechconference.com/

To hear William Howard Taft tell it, all he ever wanted to do is be a federal judge. But people don't just accidentally become president. Join me as I talk with Peri Arnold, a professor Emeritus in the Department of Political Science at the University of Notre Dame, a consultant to New York Times in Education, and author of several books, including 0-7006-1818-7.html">Remaking the Presidency: Roosevelt, Taft, and Wilson; about the role ambition, luck, and family played in Taft's rise to the nation's highest office. 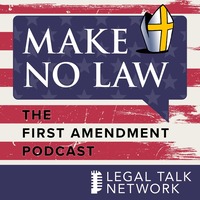 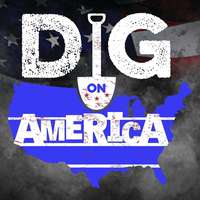 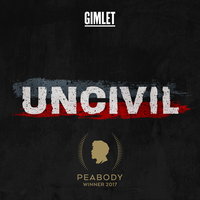 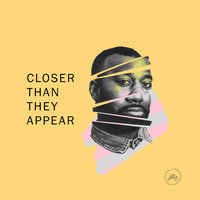 Closer Than They Appear
Al Jazeera 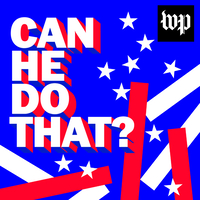 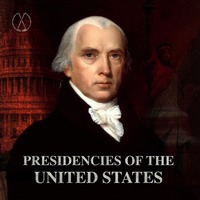