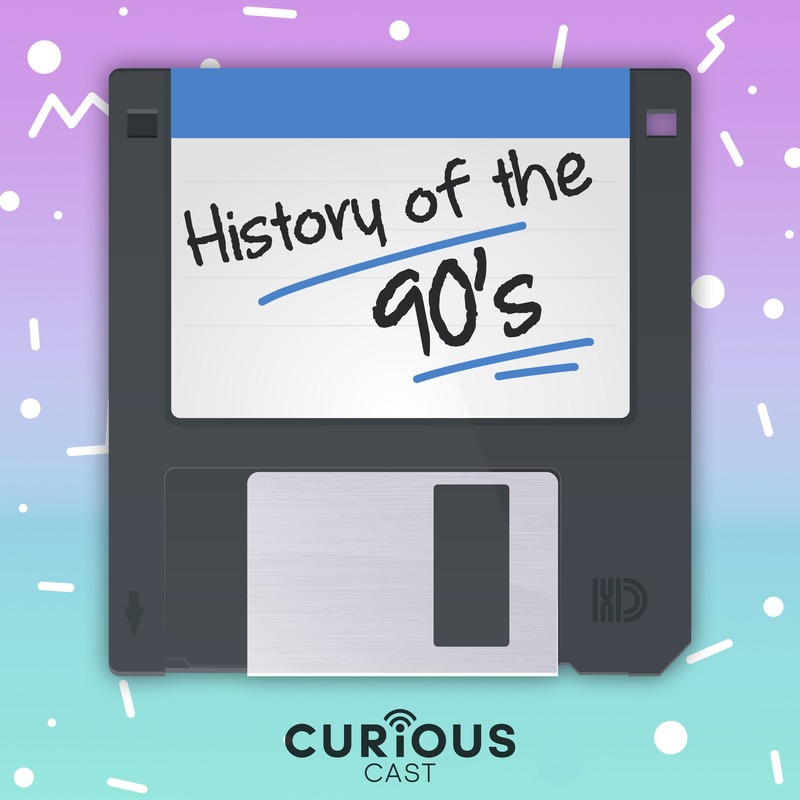 Submit Review
FavoriteShareReportAdd all episodes to Queue
The History of 1995active

On History of the 90’s we’ll travel back in time through the stories that defined a decade. The last 10 years of the 20th century was a time like no other, from Columbine to Ruth Bader Ginsburg to Seinfeld, Air Jordan, and the Spice Girls …if it happened in the 90’s you’ll hear about it on this podcast. Join Kathy Kenzora as we journey through the History of the 90's every other Wednesday.

On this episode of History of the 90s, we look back at the 1994 San Marino Grand Prix, a cataclysmic weekend that shattered lives of many and permanently reshaped Formula 1 racing.

This is more than a story about fast cars –it’s a story about cutthroat competition, money, deceit, love, tragedy and the search for justice.

Over the course of three days, starting on April 29, 1994, in Imola, Italy, two drivers were killed, and another driver was seriously hurt.  It was a watershed moment for F1 which had not seen a death in 12 years.

Formula One was never the same after that weekend, because one of the drivers lost at that event was one of the greatest drivers of all time, the legendary, Ayrton Senna.

Host, Kathy Kenzora takes you back to the historic San Marino race and the impact it had on one of the most prestigious sporting event series in the world.

Ibrar Malik, author of 1994: The Untold Story of a Tragic and Controversial Season

On this episode we continue our look back at some of the great movies of 1999.  The last year of the 20th century is considered by many to be one of the greatest movie years ever with a flood of innovative and provocative films like never before.

On part one we took a deep dive into; Fight Club, Election, Three Kings, Boys Don’t Cry, The Blair Witch Project and Being John Malkovich.  Part two we take apart some more 99 classics including The Matrix, Office Space, American Beauty, American Pie, 10 Things I Hate About You and the Sixth Sense.

For a full list of 1999 movies check out this site:

Brian Raftery, author of Best. Movie. Year. Ever: How 1999 Blew Up the Big Screen

During this time of self-isolation, we thought you might need some viewing recommendations to help fill the time and take your mind off COVID-19.  So, on this episode of History of the 90s, host Kathy Kenzora is looking back at some of the best movies from 1999.  The last year of the 20th century is considered by many to be one of the greatest movie years ever with a flood of innovative and provocative films like never before.

For a full list of 1999 movies check out this site:

Brian Raftery, author of Best. Movie. Year. Ever: How 1999 Blew Up the Big Screen

Mexican American singing sensation Selena Quintanilla was on the verge of becoming an international superstar when she was gunned down at a Texas motel by her fan club president.

25 years since her death, Selena continues to be immortalized by the Latinx community who look to her as a source of inspiration and hope.

On this episode of History of the 90s, host Kathy Kenzora looks at the life and tragic death of the Latina icon, who in her short life became the best-selling Latin artist of all times.

Deborah Peredez, author of Selenidad: Selena, Latinos and the Performance of Memory

25 years ago, on April 19, 1995, the face of terrorism in the United States changed forever when Timothy McVeigh detonated a 5-ton truck bomb in front of the Alfred P. Murrah Building. 168 people were killed in the blast, including 19 children who attended a daycare centre on the second floor of the building.

Initially, media and others speculated that that the explosion may have been the work of Islamic terrorists, but Americans were shocked to learn it was a former US soldier who had taken aim at his own country.On this episode Kathy Kenzora looks back at the devastating story of the Oklahoma City Bombing and you'll hear from a woman who survived the blast that killed many of her work colleagues and learn what it was like to be buried under mounds of concrete and granite hoping that rescuers would find her.

On this episode of History of the '90s, host Kathy Kenzora is looking at some aspects of the anti-apartheid struggle that you might not know; pirate radio and protest songs.

Pirate radio was a weapon used by the African National Congress to inspire black South Africans and counter propaganda and misinformation by the apartheid government.  While protest songs performed by western musicians played a pivotal role in raising awareness in the rest of the world about the injustices in South Africa.

Pirate radio and protest songs inside and outside South Africa helped put pressure on the South African government and help end apartheid.

This led to the release of Nelson Mandela from a prison in Cape Town, South Africa is one of the most memorable events of the 1990s.  We all remember the day he walked arm and arm with his wife and then raised a fist in victory after surviving 27 years behind bars.

Following Mandela’s release, apartheid was dismantled, and he became the first democratically elected President in a free South Africa.

It had been a long walk to freedom for Mandela and a long fight by all South Africans to end apartheid.

Free Nelson Mandela, by The Special AKA

University of the Witwatersrand, Johannesburg

Between 1997 and 2002 professional wrestling’s Attitude Era broke boundaries in ways like never before with risqué programming, adult oriented content and larger than life superstars like Stone Cold Steve Austin, the Rock, Bret Hart, The Undertaker and Sean Michaels.

Throw in the Monday night ratings war between the WWF and the WCW and it was the perfect storm of wrestling greatness.

WWF’s Monday Night Raw and the WCW’s Monday Nitro aired each week at the same time forcing fans to choose between the two.  On June 17, 1996, Monday Nitro won the battle of the Monday night ratings for the first time.  And It would go on to win the ratings war for the next 84 weeks in a row.

It would take WCW two years to claw its way back to the top thanks to the outrageous programming of the Attitude Era.

On this episode of History of the 90s, host Kathy Kenzora takes a look back at some of the most memorable moments of the Attitude Era as we try to understand why fans can’t get enough of 90s wrestling.

Somalia was struck by a famine of staggering proportions which was made worse by the fact that militia leaders were stealing foreign aid that was shipped from other nations.

The Canadian military was part of a UN humanitarian peacekeeping mission to ensure food and medical supplies got to desperate Somali’s.  Canada’s elite Airborne Regiment was deployed as part of the mission in December 1992 and within months would become involved in one of Canada’s ugliest moments in history.

In March 1993, a 16-year-old Somali boy was beaten and tortured to death after he was caught by soldiers sneaking into a military compound.  Soldiers took photos posing with Shidane Arone after he had been brutalized for hours.

The same regiment would come under fire two years later when homemade videos were released to the media which showed Airborne Commandos making racists remarks and taking part in a disturbing hazing ceremony.

On this episode, host Kathy Kenzora, looks back at these events as well as the court martials and public inquiry that followed what has become known as the Somalia Affair.

To read more about the report mentioned in this episode entitled, Dishonoured Legacy: The Lessons of the Somalia Affair: Report of the Commission of Inquiry into the Deployment of Canadian Forces to Somalia follow this link:

On August 20, 1989, Jose and Kitty Menendez were brutally murdered inside the home of their Beverly Hills Mansion. The scene was so gruesome that early speculation focused on the possibility of a mob hit. But soon the focus shifted to the couple’s handsome young sons.

Lyle and Eric Menendez were eventually arrested for the murders and their sensational televised trial kicked off an era of high-profile criminal trials that captured the public’s imagination through the ‘90s.

In fact, it was the Menendez case that cleared the way for the trial of the century, the OJ trial, and foreshadowed our fascination with true crime docuseries and reality TV.

On this episode we’re taking a second look at the murder trials of Erik and Lyle Menendez and ask the question, if the brother’s stood trial today, would there be a different outcome in light of our current understanding of sexual abuse and family violence?

You’ll hear from Robert Rand, a journalist and author who has been working on the Menendez story for 30 years and recently uncovered incredible new evidence regarding the brother’s allegations of sexual abuse by their father.

Robert Rand, author of The Menendez Murders: The Shocking Inside Story of an American Tragedy.

Depending on who you talk to, the introduction of online dating in 1995 either revolutionized society or destroyed it.

On this episode of History of the 90s, host Kathy Kenzora looks back at the creation of online dating and how it became such a normal part of our lives.

We talk to the creator of Match.com and the first mainstream dating website about what inspired him to use the internet to solve the age-old problem of finding a perfect match.

And we unpack the data that has been collected by sociologists who have been studying online dating to understand how swiping left and right has impacted how we meet and who we meet.

David Kushner, author of The Player’s Ball: A Genius, A Con Man, and the Secret History of the Internet’s Rise 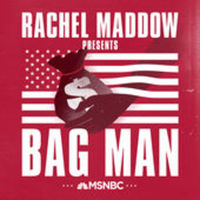 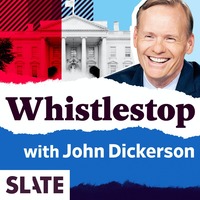 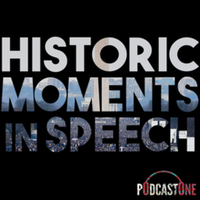 Presidents Are People Too!
Audible 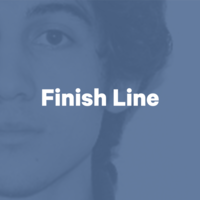