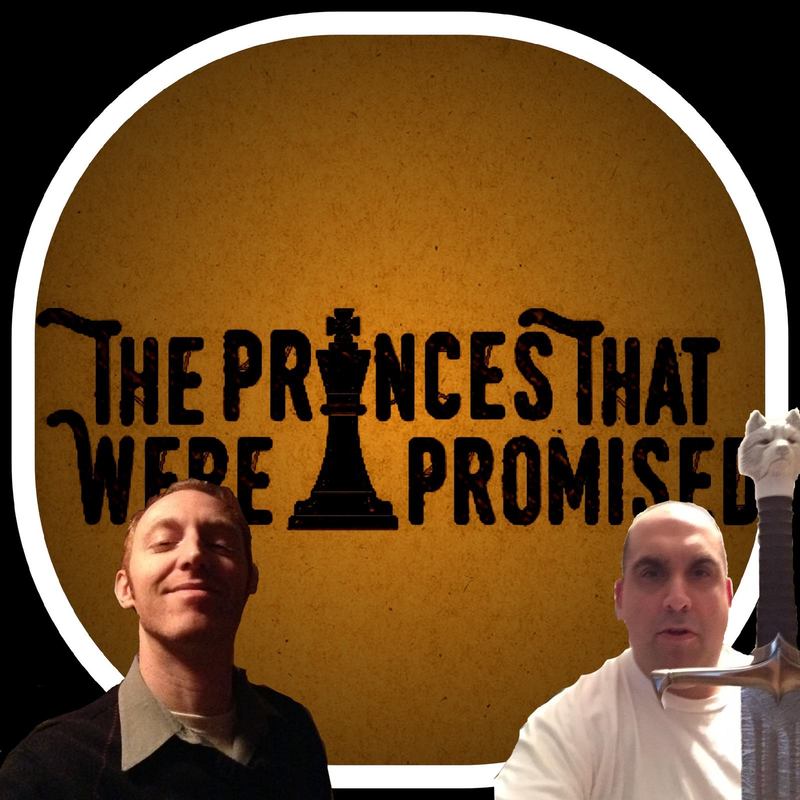 Submit Review
FavoriteShareAdd to Queue
The Last of Whatever (TV.803)

This may have been Benioff and Weiss' worst written episode, but it did feature their best cameo! But their cameo was upstaged by a* Starbucks *coffee cup.

WARNING! FOR HERE BE SPOILERS!!!

SPOILERS INDEED FOR ALL PUBLISHED BOOKS IN #GRRM'S A Song of Ice and Fire AS WELL AS ALL TELEVISED EPISODES OF HBO'S Game of Thrones...

Born amidst salt and smoke- Just off the Long Island Expressway- Beneath a bleeding star...

HBO may greenlight a spin-off show about the Starbucks coffee cup.

The Princes That Were Promised are John and Seannie-Wan. Join them as they tear apart Westeros and sift through the pieces to bring their Leal and Loyal Subjects the history of the Realm and The Known World from both George R. R. Martin's A Song of Ice and Fire and HBO's adaptation, Game of Thrones.

You can subscribe to the podcast and show fealty at:

Please take a few minutes to leave a review so others can find #TPTWP as well!!!

Visit The Red Keep and The Ravenry

Read The Westerosi Companion for scholarly essays and in-depth reviews.

The Princes That Were Promised is an ActionPacked!Podcast

Prepared and Performed by John Khantzian and Seannie-Wan Kenobi

Thank you for listening

Support The Princes That Were Promised by donating to the tip jar: https://tips.pinecast.com/jar/the-princes-that-were-promised

Find out more on the princes-that-were-promised.pinecast.co">The Princes That Were Promised website.

This podcast is powered by Pinecast.