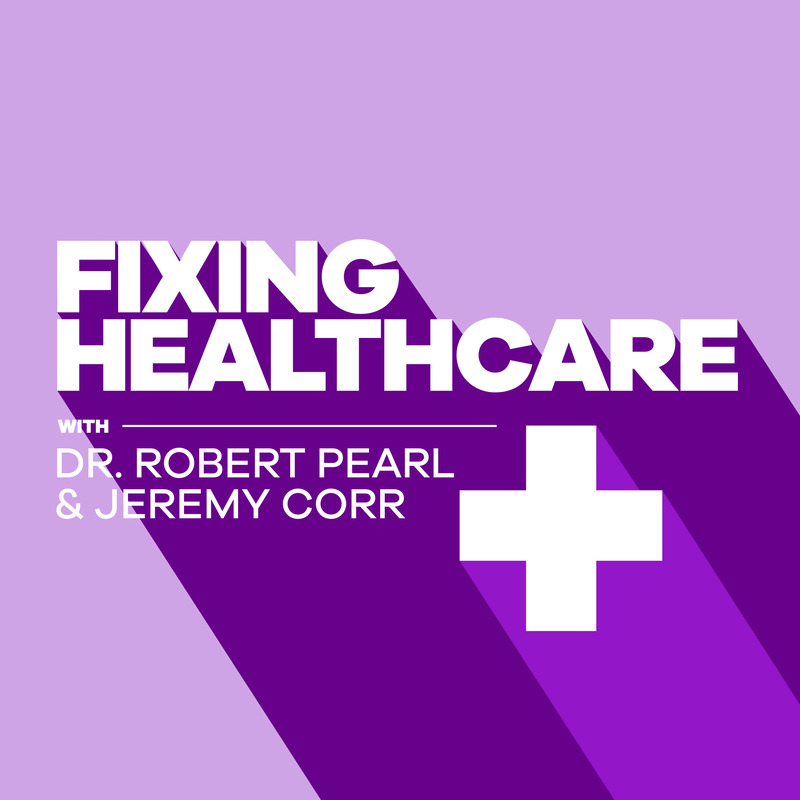 Submit Review
FavoriteShareAdd to Queue
FHC #57: Dr. Rod Rohrich on how to change the rules of medicine

Dr. Rod Rohrich has broken the unwritten rules of medicine across his career. He turned a traditional paper-only, medical journal into a digitized force, full of videos and evidence-based rankings ...

The post FHC #57: Dr. Rod Rohrich on how to change the rules of medicine appeared first on Fixing Healthcare.

Dr. Rod Rohrich has broken the unwritten rules of medicine across his career. He turned a traditional paper-only, medical journal into a digitized force, full of videos and evidence-based rankings ...

Dr. Rod Rohrich has broken the unwritten rules of medicine across his career. He turned a traditional paper-only, medical journal into a digitized force, full of videos and evidence-based rankings that has become one of the best in the nation. And he revolutionized rhinoplasty surgery and plastic surgical education and training.

Today, Dr. Rod Rohrich is one of the most influential plastic surgeons in this century and continues to be voted the best in publications like Newsweek, US News and Harper’s. A proponent of social media as a tool for patient education, he has hundreds of thousands of followers on Instagram and Twitter and continues to break medicine’s outdated rules.

In this interview, hosts Jeremy Corr and Dr. Robert Pearl—himself, a reconstructive and plastic surgeon—discuss the lines that need to be crossed to make medicine better for doctors and patients.

On how to know when a rule needs breaking

In medicine, there are so many times we do things that have absolutely no rationale (for) but we’re told that that’s how we’ve always done it. And I was at one of those famous hospitals in Boston where we were told that all the time, and we did it without question. I think we need to now question that and say, “Is that really the best way to do it, or is there a better way? Is there a simpler way? Is there a best medicine way?” If it’s breaking the rules, so be it, but I think it’s really doing it to get us out of our cages that we’re in that really impede best care.”

On tips for using social media

“You should always be yourself and you should use social media to empower your audience and not to impress them. You should use it to educate them and not to overwhelm them. And I think people appreciate that. Because if you approach social media by educating them about their own health, how they can be better, how can they do things better, how they can find plastic surgery or doctors better, that’s a good thing.”

On bringing medical specialties together

“There was a great chasm between aesthetic surgery and reconstructive surgery for many, many years, and I think that’s come together in plastic surgery; but then there was even a deeper chasm between our specialty and our sister specialties, from dermatology to facial plastic surgery and otolaryngology, but I think that also has had a coming together. And I really think that social media has played a big part in that, and the ability for leaders to say, ‘Hey, we want to teach people to do the right thing and to provide best care.’ I personally do not care what your background is, I just care about how good you are and how good you can become to do and give great patient outcomes and do patient safety. And I think that hopefully is becoming the bottom line.”

On academia vs. private medical practice

“I think you learn the rigidity of academic medicine and the pros and cons, which are fantastic. When I helped build our incredible plastic security department at UT, it actually taught me the discipline of staying focused because there’s so many different ways where you can go by the wayside, especially in universities. Because there’s a lot of barriers to progression and advancement in academics, because there’s so much bureaucracy, politics, and red tape that are a burden … I think the private sector has been an epiphany for me to say, ‘Wow, I learned all these things in academics, but now I can apply them in the real world without all the impediments.’ So it’s been a total breath of fresh air.”

“The worst thing you can do is solve a problem and then say, ‘Oh, we solved it.’ You have to say, ‘We’ve solved this part of the problem, let’s see how it works,’ because it’s not a solution, it’s always an evolution. That’s really important, because times change, people change, and the processes change. So I think we need to keep working on it.”

On the next-gen of rule breakers

“I think that today, the Gen Zs and the Millennials, they aren’t rule followers. They actually like to break the rules. That’s their norm, which is a good thing, I like that. They challenge us, they want to know what we don’t know, and I really like that. They challenge us every day to say, ‘Hey, I learn differently. You need to teach me in a different way,’ and I think that’s good.”

Dr. Robert Pearl is the author of a book about medicine’s invisible yet highly influential physician culture. Check out “Uncaring: How Physician Culture Is Killing Doctors & Patients.” All profits from the book go to Doctors Without Borders.

Fixing Healthcare is a co-production of Dr. Robert Pearl and Jeremy Corr. Subscribe to the show via Apple, Spotify, Stitcher or wherever you find podcasts. Join the conversation or suggest a guest by following the show on Twitter and LinkedIn.

The post FHC #57: Dr. Rod Rohrich on how to change the rules of medicine appeared first on Fixing Healthcare.