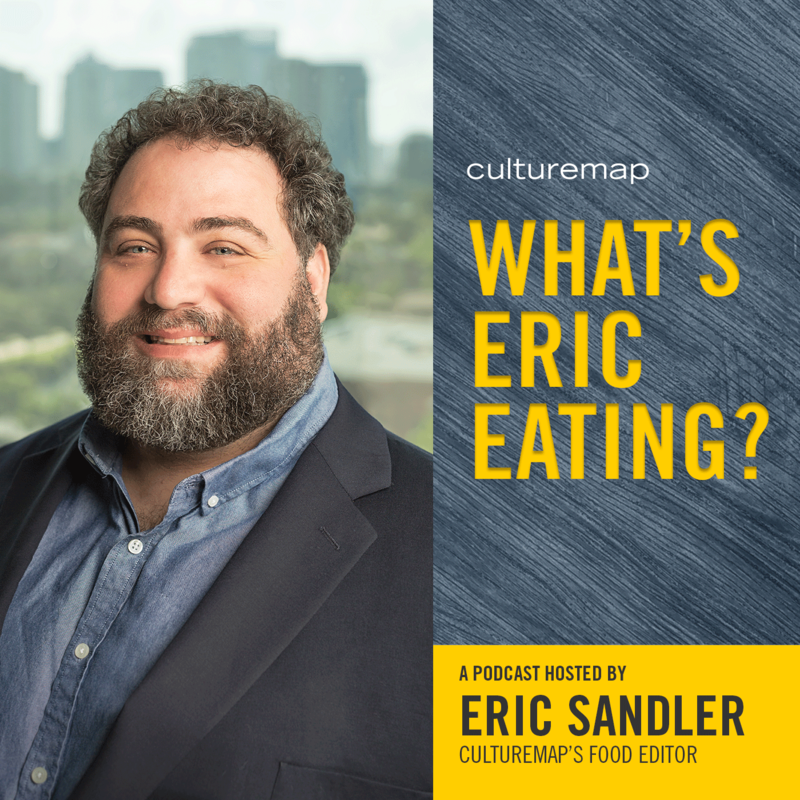 Trying something new with the podcast, if you have a question that you'd like to ask Eric or a topic for him and his cohosts to discuss send them to Eric at eric@culturemap.com and he'll answer/discuss it on a future episode.  Follow Eric on Instagram and Twitter, plus check out some of his latest articles at Culturemap.com, such as:
Today on the podcast Eric is joined by a new cohost! Isabel Protomartir, host of ATE, makes her podcast cohosting debut! Eric and Isabel discuss some of the latest happening in the Houston restaurant and bar scene including Eric's 40 restaurant fall preview, Casa Nomad opening, Bon Appetit recognizing Lucille's, and Isabel's Have a Nice Day Pop Up happening this weekend! In the Restaurants of the Week section HaiDiLao is featured. In the Guest of the Week portion Eric is joined by Travis Lenig of Field & Tides. Travis speaks with Eric about what it's been like now that he is the sole proprietor of Field & Tides, what things have changed about the restaurant since his sole proprietorship, how they utilize the space, how important private dining can be, the evolution of the menu, being inspired by his travels, vegetable dishes he's excited about on his menu, the growth of the Heights, the biggest surprise he experienced once he became an owner, where he's been eating, and much more!