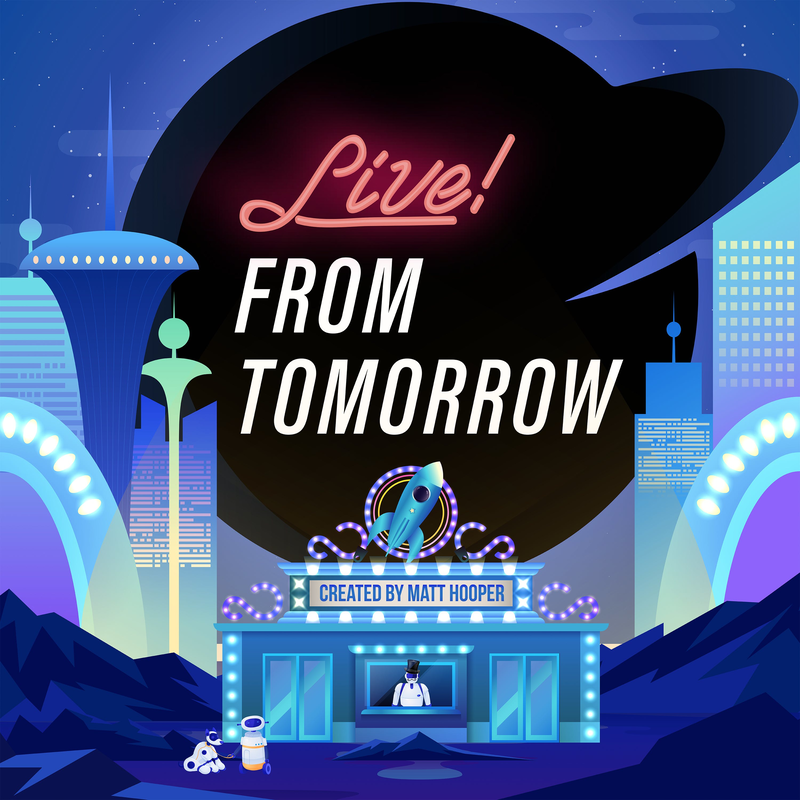 Matt arrives in Copenhagen to meet the MFB team, accompanied by his ex-fiancee Sally Skalski. Their hotel, built by a company called LikeLyfe, is sentient, powered by an advanced AI and subsidized by advertising. Matt grows suspicious of the hotel, while Sally comes to love the advantages of a totally personalized hospitality experience. Matt’s paranoia grows when it is revealed that the livestream itself is just meant to advance the career of a single MFB executive. He and Sally head back to New York where they move into the newest LikeLyfe apartment building, and their lives are ruined by a constant barrage of highly-targeted advertisements. Matt and friends learn to push back against the comfort and convenience of this late capitalist nightmare, taking back their identities and their independence. Written by Matt Hooper Music & Lyrics By: Ben Easton & Mark Levy All Songs Performed By: Ensemble & The Academy Blues Project (Jim Bloom, Trevor Brown, Ben Easton, Mark Levy) Score By: Ben Easton Learn more about your ad choices. Visit megaphone.fm/adchoices