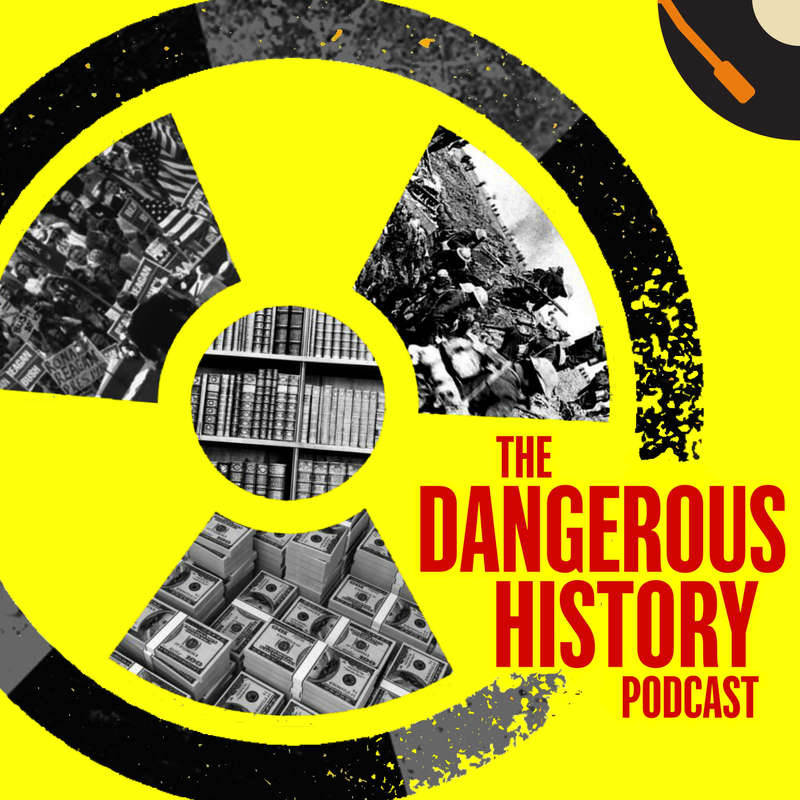 On June 5th, 2014, CJ published the first episode of the Dangerous History Podcast, and while it wasn't great, he kept plugging away at it, slowly getting better & better and now, here we are, five years later, and not only has the Dangerous History Podcast survived & endured, it's bigger & better than ever! Join CJ as he discusses: What he means by "soft reboot"Some changes he's gone through personally since he started this podcast back in 2014 (including some relatively recent major positive changes)Some of what he's learned in 5 years of Dangerous History podcastin, and how his approach to the DHP has both stayed consistent, and evolved in some aspects & issuesNew levels of support for the DHP on Patreon & SubscribestarIntroduction of the Dangerous History Lyceum, and a description of the first course CJ plans to do as part of it: Rise of the American EmpireSome other things in the works for the foreseeable future, including a second show CJ plans to launch by the end of the summer: the Guerrilla Scholar-Warrior podcastFinally, a rebroadcasting of Vintage DHP Episode #48: Introduction to Taoism & the Scholar Warrior IdealCome meet CJ & see him present at the 2019The Midwest Peace & Liberty Fest in Delton, MI CJ’s DHP Amazon Wish List CJ’s Picks (Amazon Affiliate Links) Notes On Democracyby H.L. Mencken Markets Not Capitalism: Individualist Anarchism Against Bosses, Inequality, Corporate Power, and Structural Poverty Scholar Warrior: An Introduction to the Tao in Everyday Life Learn more about your ad choices. Visit megaphone.fm/adchoices